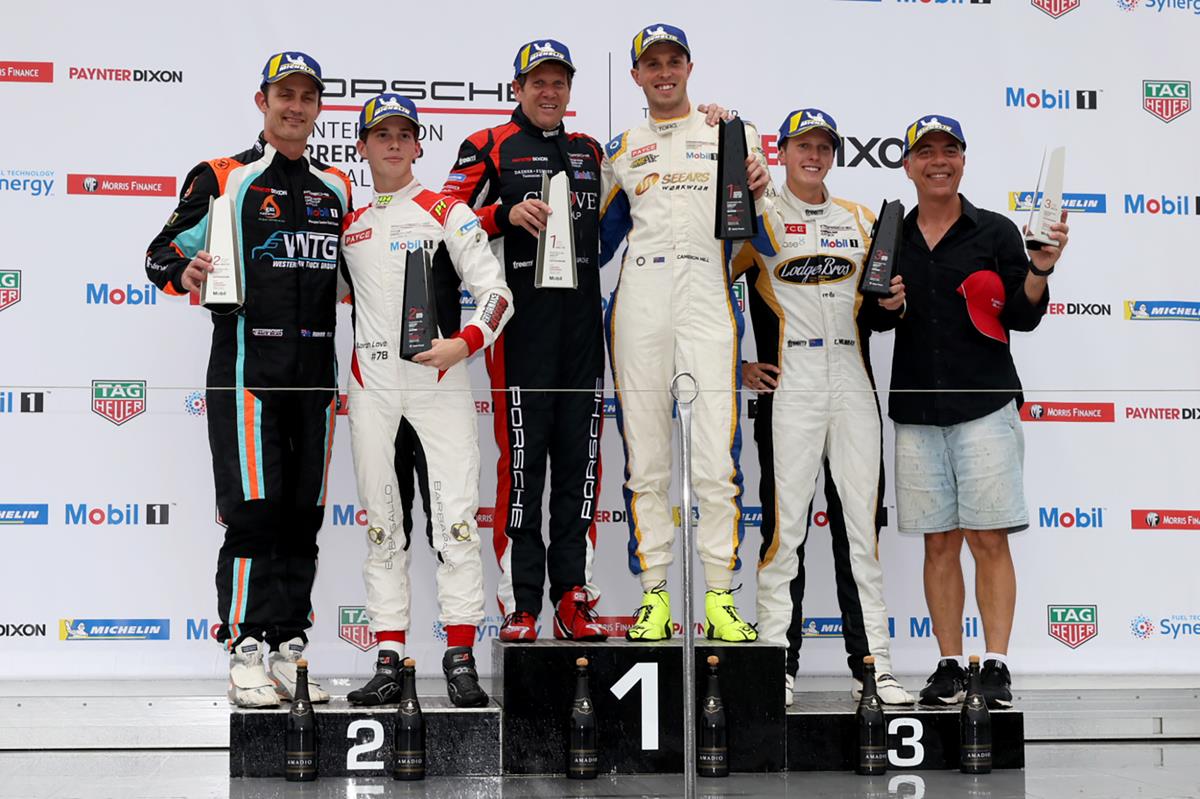 The Carrera Cup podium for the Sandown round

Cameron Hill outlasted a challenge from Craig Lowndes to take victory in the third and final Porsche Paynter Dixon Carrera Cup Australia race at Sandown and secure the round win.

Hill leads the series after Round 1 by 44 points from Aaron Love, having also won the enduro race earlier in the day.

However, it was the seven-time Bathurst 1000 winner who cracked, spinning off on the run to Turn 2.

That left Hill to successfully fend off Lowndes’ Wall Racing team-mate David Wall, with Love rounding out the Race 3 podium.

“It was an awesome win for us,” said Hill, who won the only Carrera Cup race of the abbreviated 2020 Australian Grand Prix.

“To get the round win in really difficult conditions was incredible.

“The first race was fully wet and it was sprinkling through the second.. through all that I am just stoked to get the win.

“It’s a great result for our little team and everyone who has got behind us for the championship this year.”

Meanwhile in the Pro-Am class, Stephen Grove made a good start in his bid for a record fourth title.

Grove was outright 13th in Race 3 – albeit second in class behind Adrian Flack – but that was enough to secure the Pro-Am series lead, 28 points clear of Flack.

“It’s always important to start the season strongly and we’ve done that this weekend,” Grove said.

“The conditions were really challenging today and we had some great battles with Adrian. It’s going to be a really competitive season but this was the best way to start.”

The second round of the Carrera Cup season will take place at The Bend Motorsport Park on May 8-9.