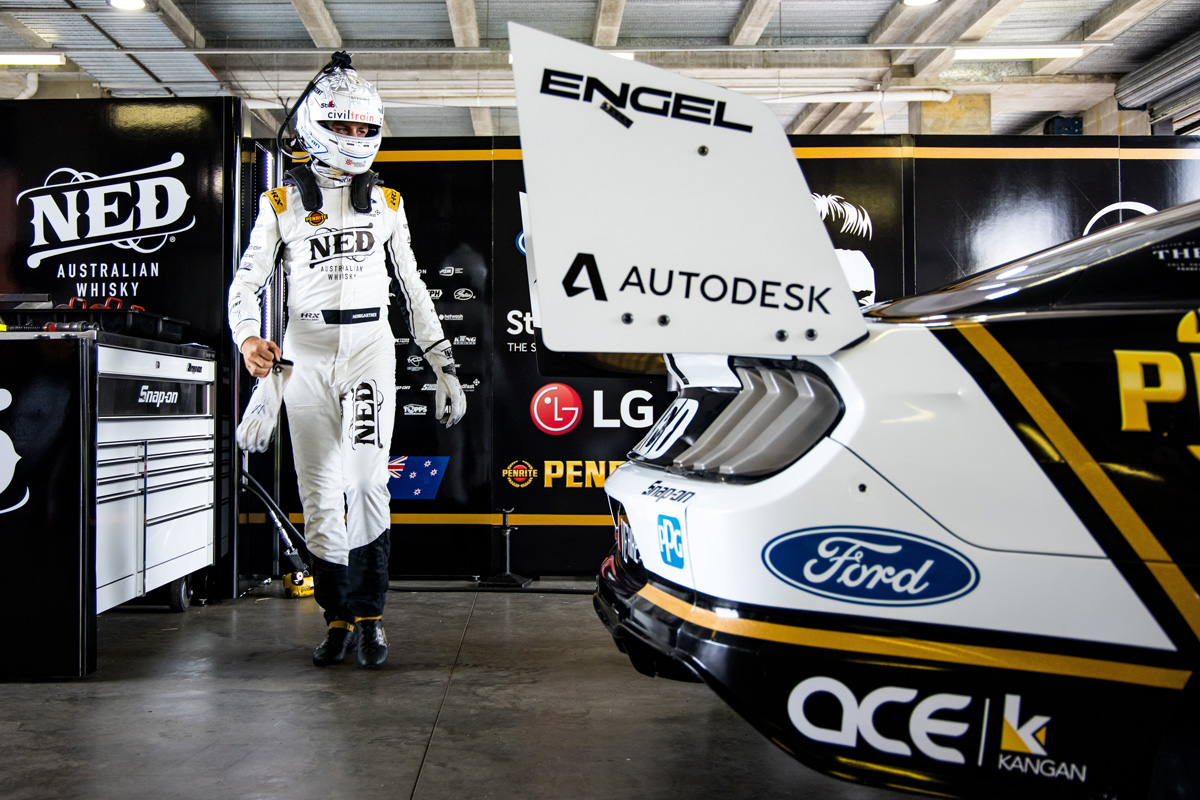 Andre Heimgartner says a case of ‘red mist’ had him wanting to dish out retribution to Chaz Mostert in the second race of the Penrite Oil Sandown SuperSprint.

Heimgartner was on track to take a podium after capitalising on Mostert’s efforts to redress following Turn 1 contact with Cameron Waters in the battle for second on Lap 34 of 36.

A lap later, Mostert moved to recover that position with a dive on the #7 Kelly Grove Racing Mustang into Turn 1.

The result was Heimgartner being nudged wide, with Jamie Whincup benefiting most from the squabble to jump them both and snatch third.

Mostert remained fourth, with Heimgartner left to settle for his starting position of fifth.

Having starred in wet qualifying, the Kiwi was disappointed to miss out on a trophy.

“I went as deep as I could into [Turn] 1 and when I knew Chaz was coming up the inside, I knew he was going to be pushing it to get around the corner.

“Unfortunately I just got pushed wide onto all the grass and stuff that had been fed to the right and then sort of gave up the spot to Whincup as well.

“Pretty disappointing but it’s not entirely his fault… just more annoyed that we weren’t able to get that trophy.

“The guys did a fantastic pit stop, the Ned car was really fast in that race so it would have been good to get that result.”

Mostert approached Heimgartner post-race, with the latter now philosophical – but admitting he had been enraged at the time of incident.

“Obviously there was a little bit more red mist straight after that happened, I felt like punting him off the track but it’s all part of it,” said Heimgartner.

“I would have done the same thing and in hindsight I probably could have blocked a bit more but I wasn’t thinking he would go up the inside due to the inside being so dirty and wet from earlier in the race and that’s why he couldn’t stop.”

Heimgartner will start the third and final Sandown race again from fifth position.