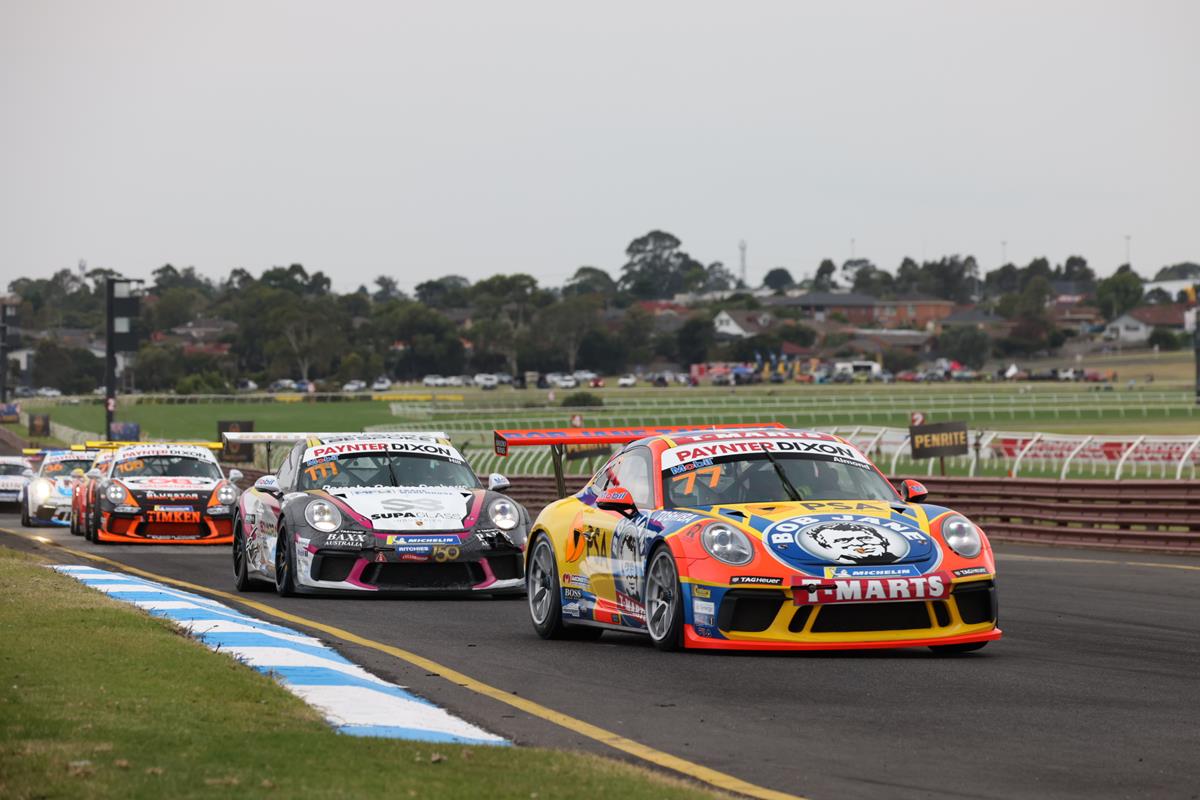 Starting from second, he soon assumed the lead as polesitter Harri Jones locked up and speared off at the first corner.

The Sonic Motor Racing Services entry of Almond would still hold first by the time the chequered flag was waved after 17 laps, with Cameron Hill second and Cooper Murray rounding out the podium.

“The race was great, the start was pretty hectic going into Turn 1, Harri was pretty unfortunate and locked brakes – so did I – but just not as bad as him,” Almond said.

“Cam Hill was nice to me at Turn 2 and I managed to maintain a lead and manage the gap to Cam.

“I was pushing to stay ahead of him… I can’t be more thankful to the team for that, it’s the perfect way to start the year.”

Almond’s Sonic team-mate Aaron Love placed fourth ahead of the Timken-backed Porsche of Dale Wood, who just managed to keep a train of cars behind him led by David Wall, Craig Lowndes and Nick McBride.

David Russell was ninth and Jones recovered to 11th, while Luke Youlden was highest-profile retirement after hitting debris.

In the Pro-Am stakes, Stephen Grove took the honours just ahead of Sam Shahin.

“I was a fair way down the grid so I knew I needed to push on early,” said Grove.

“I got a couple of spots at Turn 1.. there was some biffing and barging going on so I picked the right line and got through.

“As soon as we got to the front I just pushed as hard as I could. I pushed to Lap 10 or 11 and after that just conserved, because I want to make sure our tyres are good for [Sunday].”