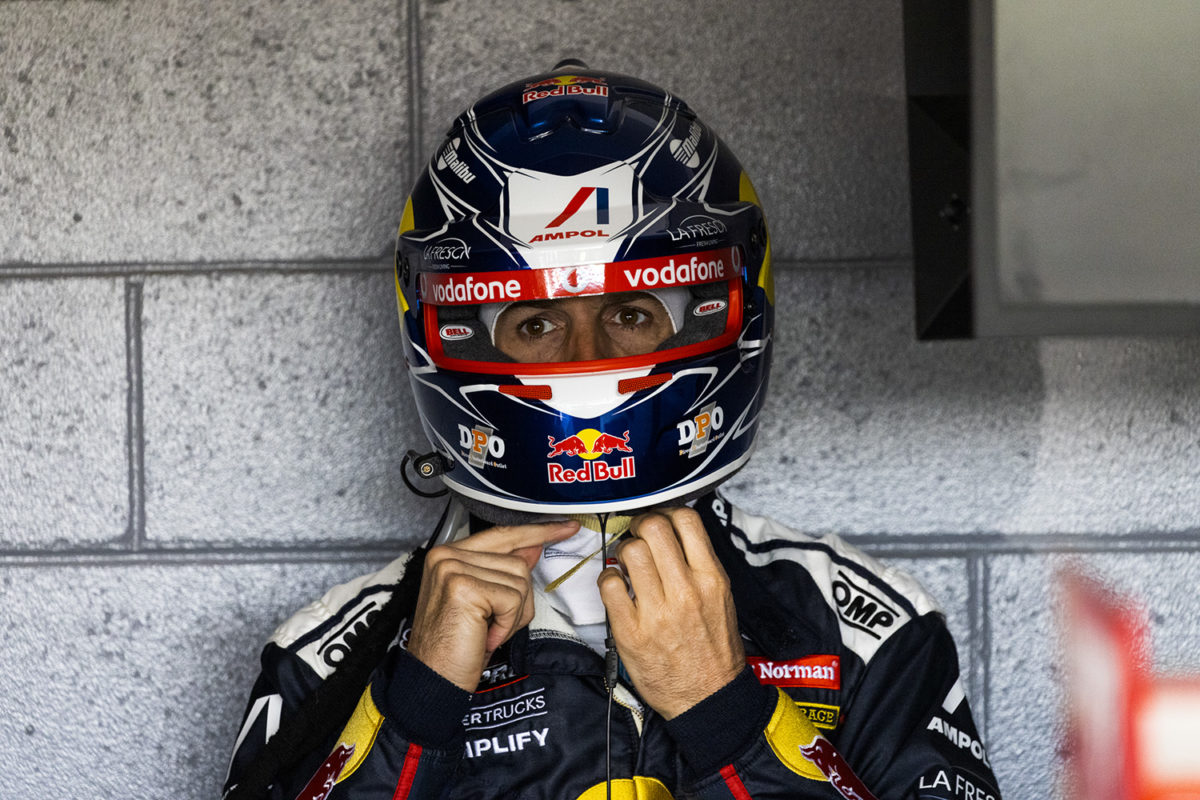 Whincup pipped Tickford Racing’s Cameron Waters (#6 Monster Energy Mustang) by 0.0885s after the first half-hour of running at the Melbourne circuit which hosts Event 2 of this year’s Repco Supercars Championship.

Tim Slade finished third in the #3 CoolDrive Mustang, 0.1750s away from the session benchmark of 1:08.0707s, with the top five rounded out by James Courtney (#44 Boost Mobile Mustang) and David Reynolds (#26 Penrite Mustang).

Van Gisbergen, who carries a broken collarbone into the weekend, spent much of the session atop the timing screen.

However, the 2020 Bathurst 1000 winner seemingly did not take new tyres for his final run and his best was the 1:08.5061s which he clocked just before bringing the #97 ZB Commodore back into the pits for the first time.

However, the Triple Eight Race Engineering entries were always thereabouts, and so it was that van Gisbergen would take over top spot on his third timed lap, with Whincup (#88 ZB Commodore) second at the time by 0.0084s, on a 1:08.5145s.

That was how they remained until the final runs, Todd Hazelwood (#14 Cub Cadet ZB Commodore) clocking a 1:08.4903s with a touch over two minutes remaining.

Slade knocked that off with a 1:08.2457s shortly after, and that would be his best for Practice 1.

Tickford Racing’s own Courtney twice came close to beating Slade’s time in Blanchard Racing Team’s Tickford-built Mustang, putting in a 1:08.4016s and a 1:08.3213s on consecutive laps just prior to the chequers.

On the other side of that flag unfurling, Whincup came through with the very fastest lap of the session to elevate himself from third to first, and Waters was soon across the line with a 1:08.1592s to take up second spot.