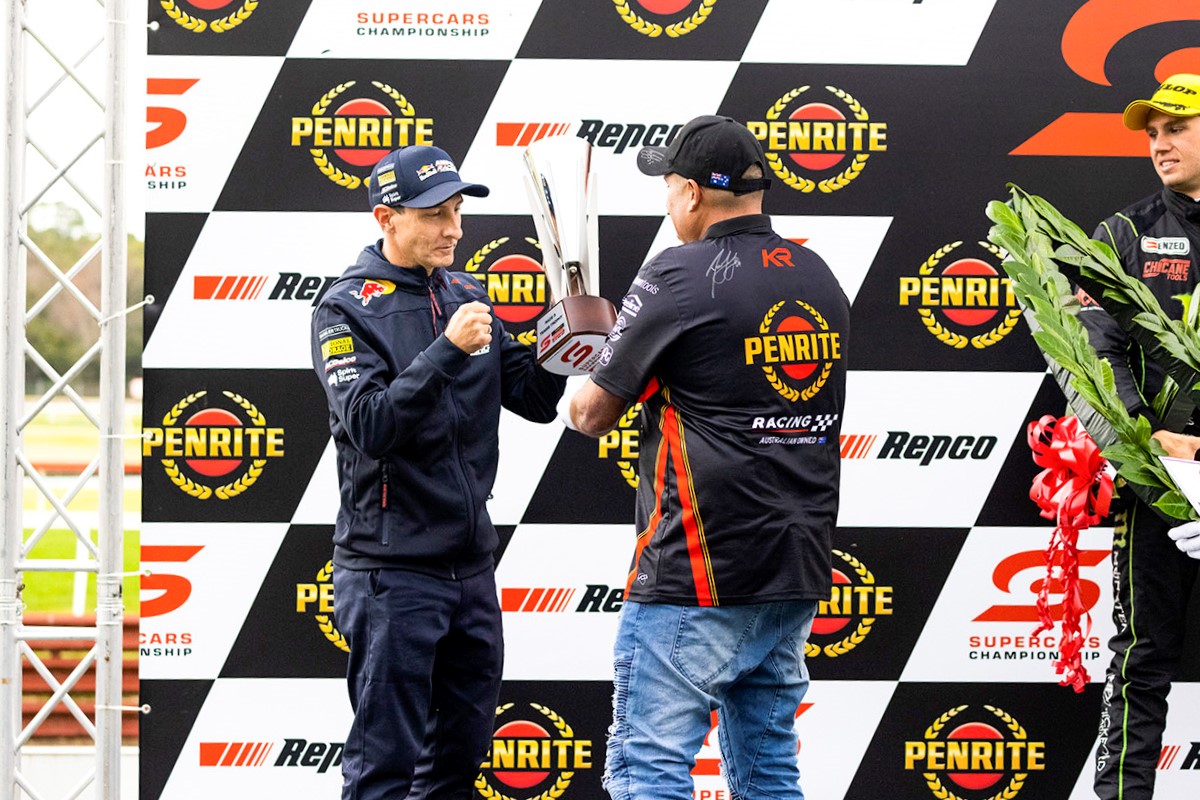 Brady was an omission from the team’s line-up throughout the majority of 2020 due to the coronavirus pandemic.

That was as a result of Supercars imposing restrictions on personnel that could attend events.

Brady has been one of the key figures in van Gisbergen’s recovery from a mountain bike accident, which left the #97 pilot with a broken collarbone.

The team’s specialist had been on hand throughout Saturday to assist van Gisbergen, notably after each session removing his head restraint device.

“We’ve missed him the last year, he hasn’t come to any races since the COVID stuff.

“He’s just a great personality to have around anyway but yeah, he’s been great to have in the last week, advising me and helping me through this.

“It’s been really cool to have him here.”

While primarily a physiotherapist, Brady’s position within the team is to look after the broader welfare of the crew.

Brady has been a long-serving member of Triple Eight Race Engineering, joining two years after Roland Dane’s acquisition of Briggs Motor Sport in 2003.

Whincup praised the jack of all trades, who received the team’s trophy after van Gisbergen’s emphatic Race 3 win at the Penrite Oil Sandown SuperSprint.

“We’ve both leant on Brady a lot over the last 15 years,” said Whincup.

“He’s a physio but he’s a bit of a doctor, a bit of an all-round guru so whenever you have got anything from a cough to a bad rash to a broken AC joint, you ring Brady and he will sort you out.”

Van Gisbergen isn’t the only Triple Eight Race Engineering driver to have suffered an injury.

Craig Lowndes was ruled out of the 2016 Bathurst 12 Hour after the too suffered a broken collarbone.

Whincup ran into a roller door in 2018, leaving him with a bruised left eye in the days leading up to a Supercars event at The Bend Motorsport Park.