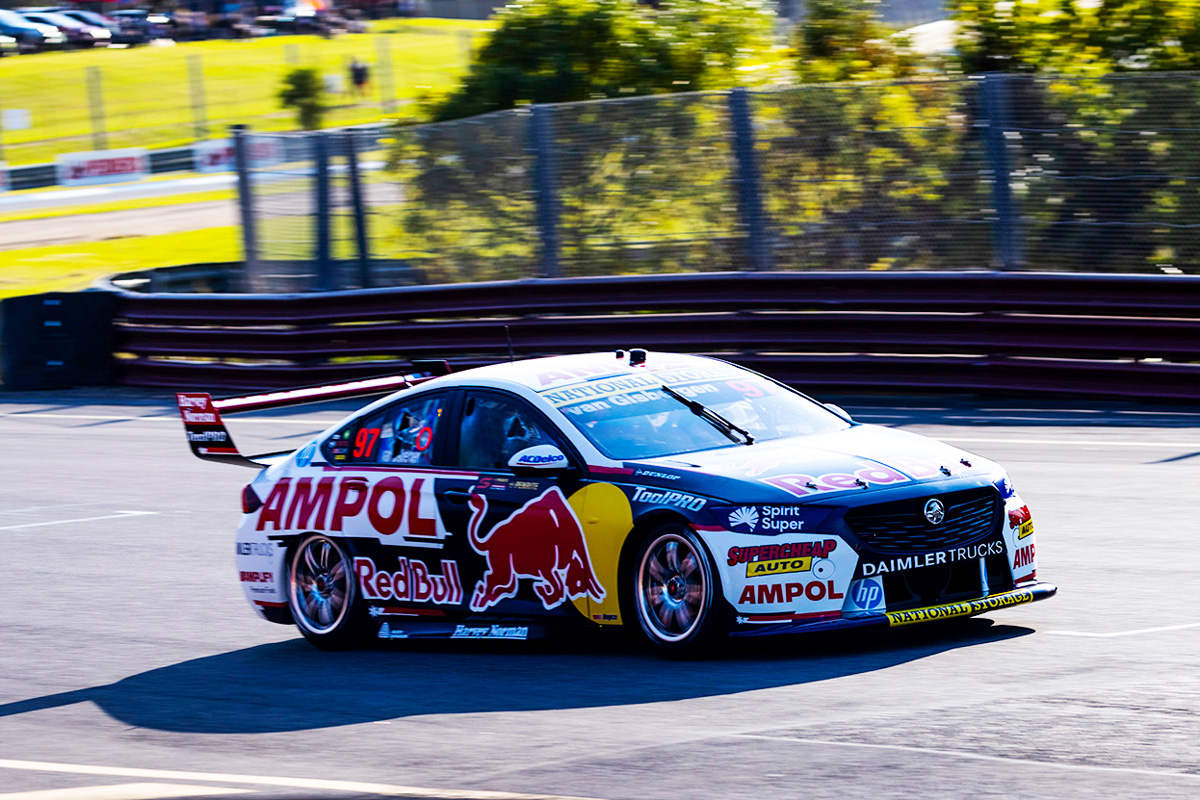 Shane van Gisbergen is in grave danger of losing the Repco Supercars Championship lead after a disastrous qualifying session.

The Red Bull Ampol Racing driver will be buried deep in the midfield for the opening Supercars race of the Penrite Oil Sandown SuperSprint, starting from 17th.

Van Gisbergen breezed through the first of three qualifying segments to set the grid for Race 3 this afternoon, but could not repeat that effort in his bid to make the top 10 session.

Parked in pit lane, he had to watch on as Chaz Mostert – his nearest rival in the early stages of the championship battle – soared to pole position.

Van Gisbergen, who broke his left collarbone a fortnight ago and was still in a sling at times yesterday, looked ginger as he exited his #97 ZB Commodore.

The 2016 champion though denied any hindrance, telling the broadcast, “I was fine” and describing his performance as “pretty average”.

“I just didn’t drive well enough and didn’t get the tyres phased good enough and we’re back there,” he said.

Van Gisbergen wasn’t the only surprise figure down the order, with David Reynolds just ahead in 16th, and Scott Pye and Tim Slade 18th and 19th, respectively, in stark contrast to their Mount Panorama pace.

The sister Red Bull Holden of Jamie Whincup will start the 36-lap race, beginning 16:45 AEDT, from third on the grid.