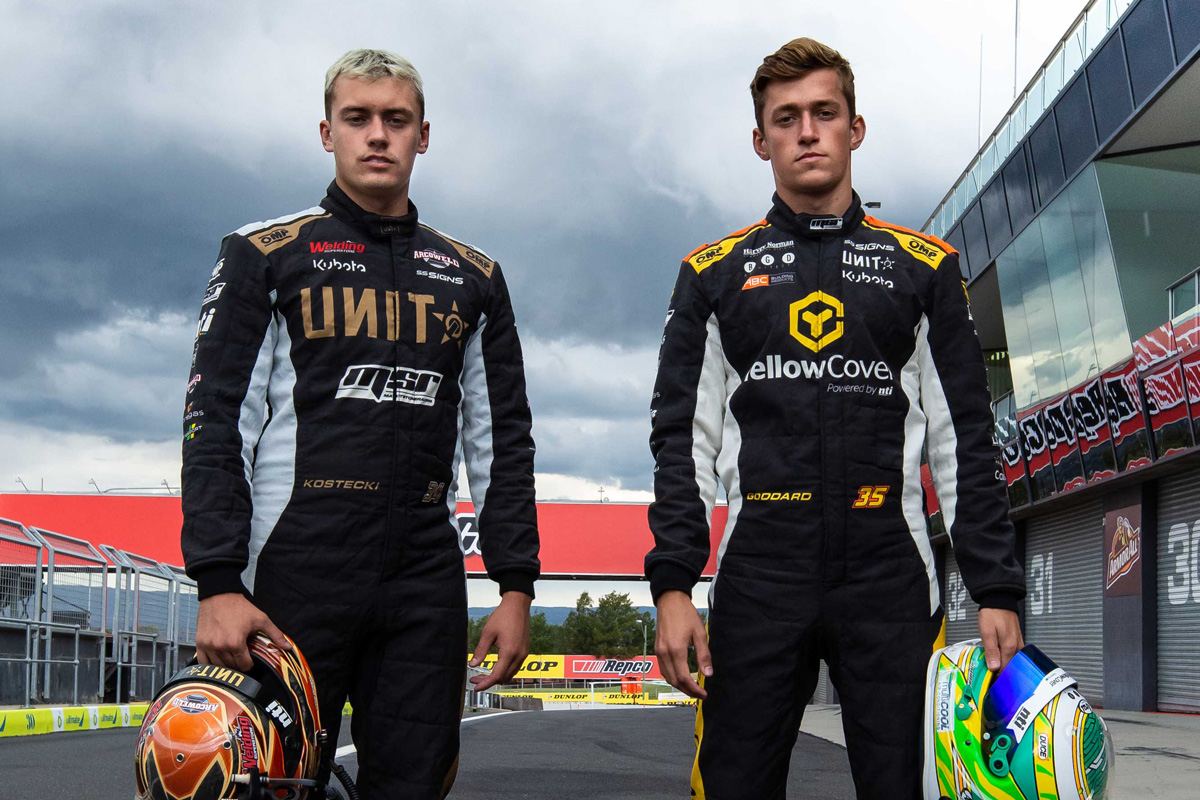 There will be more than bragging rights on the line in the intra-team battle at Matt Stone Racing this weekend.

Through sponsor Unit, the team is running challenges for its drivers Zane Goddard and Jake Kostecki at each 2021 Supercars round, beginning with the Penrite Oil Sandown SuperSprint this weekend.

The catch? Whichever driver ‘loses’ has to adhere to a challenge sent in by fans.

For Sandown, that will be: the team-mate with the lowest average place finish across the three 36-lap races will have to dye their hair pink.

“I think me and Jake are definitely going to be going for gold this weekend,” Goddard laughed to Speedcafe.com.

“No one wants pink hair, that’s not cool – we’ll end up looking like Chaz [Mostert] throughout Eseries or something!”

Talking more broadly about the concept, Goddard added, “We get people to comment and the best challenge gets picked at the end of each debrief, so it’s a pretty cool way of getting the fans involved.

“We’ll either love our fans by the end or hate them, it depends if we’re winning the challenges or not!

“I’m sure when we’re out on-track we will forget about the bet. It will be when one of us are grumpy in the pits that the reminder will come out to make the other one’s day even worse.”

Goddard had the upper hand at the season-opening Mount Panorama 500, pipping Kostecki by one place in each race.

It was part of a positive start to the year for MSR, with Goddard a respectable 14th in the championship ahead of his first main game appearance at Sandown.

“I think our cars have definitely made a good step forward,” he said.

“If we can carry that on into this round, usually the Triple Eight package is fast around Sandown so if that’s anything to go by, it should be a good weekend for us.

Supercars action today will begin with the first of two practice sessions from 09:20 AEDT before a three-part qualifying and afternoon race.