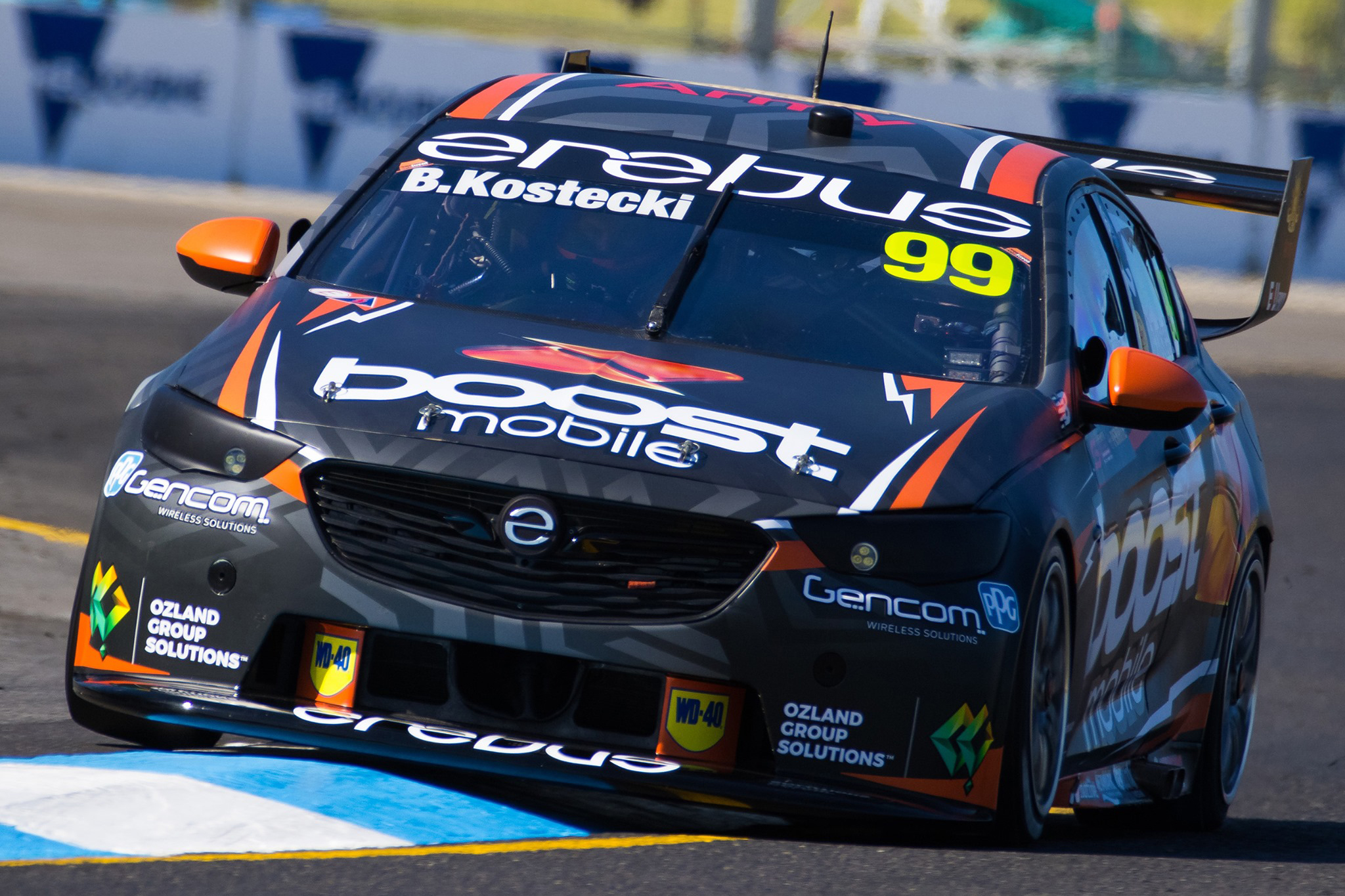 Brodie Kostecki, Will Brown, and Jake Kostecki have starred in qualifying for Race 3 of the Repco Supercars Championship at the Penrite Oil Sandown SuperSprint.

His efforts in Saturday afternoon’s qualifying followed a maiden Top 10 Shootout berth for Race 1 at the season-opening Mount Panorama 500.

The eldest of the trio suffered technical troubles in Practice 1 and Practice 2, making his efforts to qualify ninth all the more satisfying.

“It was definitely hard, we didn’t get many laps [in practice], so it was good to get into the 10 in the first session,” said Brodie.

“We made the car a little bit better, we just had to do fast changes, to get into the 10 there and end up ninth and 10th, which is pretty good.

“We bounced back pretty far from where we were in Practice 2. Credit to the team. Two Erebus cars in the top 10. It’s pretty cool.”

His team-mate Will Brown was just behind him, qualifying inside the top 10 for the first time in his solo career.

Just behind the Erebus Motorsport duo sat Unit Racing’s Jake Kostecki, who qualified a career-best 12th, despite an engineering change in between events.

“It’s good for the whole team. We knew we had a strong package at Bathurst but we just didn’t quite piece it all together.

“Now we’ve got [Chris] Stuckey here and all the boys are working hard at the workshop as well, to get the Unit Clothing Commodore in P12 in qualifying is pretty good.”