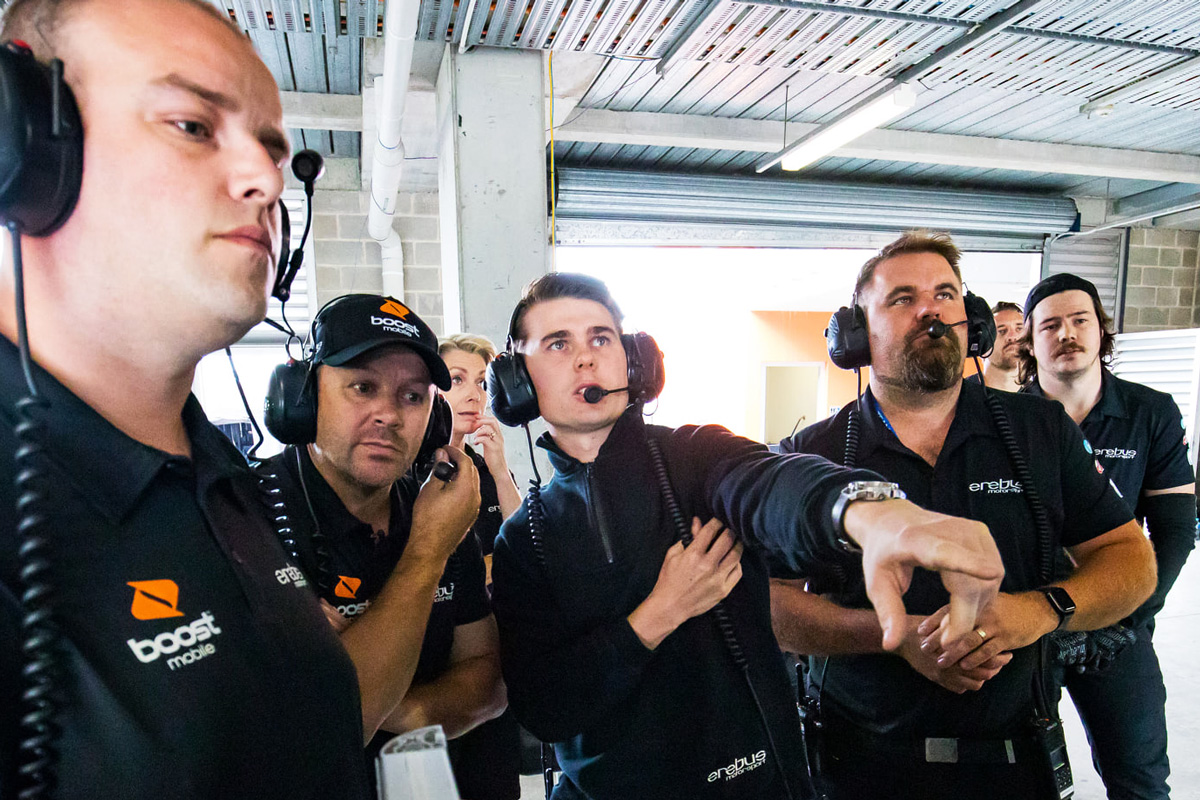 Ryan has been a staple of the team since 2012, guiding it to its greatest success to date in winning the Bathurst 1000 with David Reynolds and Luke Youlden in 2017.

However, amid ructions within the organisation last year, the team underwent a raft of changes at the end of a tumultuous 2020 affected by the coronavirus pandemic.

Despite signing a 10-year contract in late 2019, Reynolds and the team mutually decided to end that relationship just one year in.

Engineers Alistair McVean and Mirko De Rosa also followed them out the door, the former joining Reynolds while the latter found a new gig at the newly formed Blanchard Racing Team.

In their place came young guns Brodie Kostecki and Will Brown, engineered by George Commins and Tom Moore respectively, while Brad Tremain stepped up as crew chief.

Ryan said fielding such a young crew should be no cause for alarm, the team boss declaring he’s happier than ever.

“It’s as positive as it’s been for at least two years, it’s a really good atmosphere,” Ryan told Speedcafe.com.

“George and Tom really work well together, and that’s going to pay dividends, because two engineers that actually want to help each other and help the team get a result makes a big difference.

“The drivers push each other, and help each other. That’s exactly what you need to be a proper team. We’re only going to get better. I’m excited about it, it’s really good.

“Like I said, I’m enjoying racing again, I haven’t enjoyed racing for probably a couple of years. So, it’s good.”

Kostecki was the team’s leading driver at the season-opening Mount Panorama 500, finishing just outside the top 10 in both races.

However, he was a standout in qualifying, cracking the Top 10 Shootout in his first event as a full-time driver.

Brown, meanwhile, suffered a crash early in proceedings, and fought on in a wounded car to claim finishes of 16th and 14th.

Ryan acknowledged the risk sponsors might be taking by backing a revamped team with two inexperienced drivers, who he’s declared won’t be treated like rookies.

“It’s brave for anybody, commercially, to probably say they want to support us,” said Ryan.

“There’s lots of guys that have come onboard, that want to be part of it. It’s just really encouraging that we’ve got that support.

“I think we’ve shown people that we can actually be a force again, we’re not going to be just down the back, because we’ve got rookies, and not care.

Erebus Motorsport sits seventh in the teams’ championship after the season-opener.