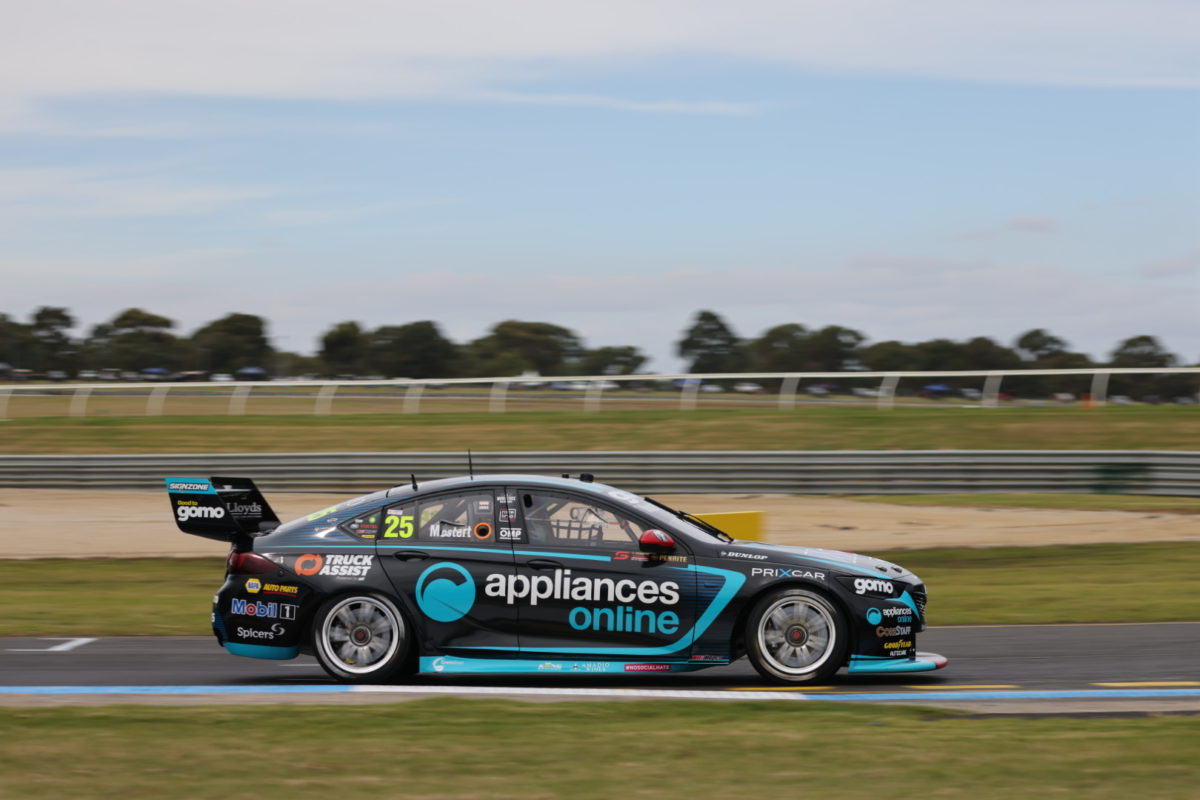 Mostert was fastest in all three parts of the new-look knockout session and his 1:07.6304s near the end edged Cameron Waters’ best by 0.0448s.

Jamie Whincup ended up third and both Dick Johnson Racing entries got into the top 10, Anton De Pasquale sixth and Will Davison eighth, but van Gisbergen will start this afternoon’s 36-lapper all the way back from the ninth row.

Waters was one of four to bank a time when the final 10-minute stanza got underway amid cloudy conditions in southeast Melbourne, driving the #6 Monster Energy Mustang to a 1:08.1304s.

Mostert only went for an out-and-in lap at that point, before the Walkinshaw Andretti United driver came out and laid down a new qualifying record in the #25 Mobil 1 Appliances Online ZB Commodore.

Waters also got underneath Scott McLaughlin’s old benchmark, but not by enough, as he clocked a 1:07.6752s on his second run.

“I can’t believe it,” said Mostert.

“We were struggling a little bit during practice trying to get the balance of the car.

“Credit to Adam [De Borre, engineer] and the whole crew here at WAU, we worked really hard. The guys haven’t stopped, they haven’t even had a morning tea or a lunch break as they normally would so big reward for the team… see how we go in the race.”

On establishing a new qualifying record at Sandown International Motor Raceway, he commented, “Maybe the track just needed a year off to have a rest.

Row 4 will be Andre Heimgartner (#7 Ned Mustang) and Davison (#17 Shell V-Power Mustang), with Row 5 locked out by Erebus Motorsport duo Brodie Kostecki (#99 Boost Mobile ZB Commodore) and Will Brown (#9 Ozland ZB Commodore), who went for their hot laps early in the piece.

The shock of the session was van Gisbergen, who cost himself early in Part 2 of proceedings when he made an error at Dandenong Road.

James Courtney (#44 Boost Mobile Mustang) fell just short of that hurdle in improving to a 1:08.2183s, 11th-quickest, with the chequered flag out.

Part 1 of the session was also topped by Mostert, with a 1:07.9345s, but his Walkinshaw Andretti United team-mate, Bryce Fullwood (#2 Mobil 1 Middy’s ZB Commodore) was one of the four to miss the cut thanks to a big lock-up at Dandenong Road.

Jack Smith will start from the very back having caused an early red flag when he pinched the inside-front and beached the #4 SCT Logistics ZB Commodore at Dandenong Road.

Race 3 of the season officially gets underway at 16:45 local time/AEDT.