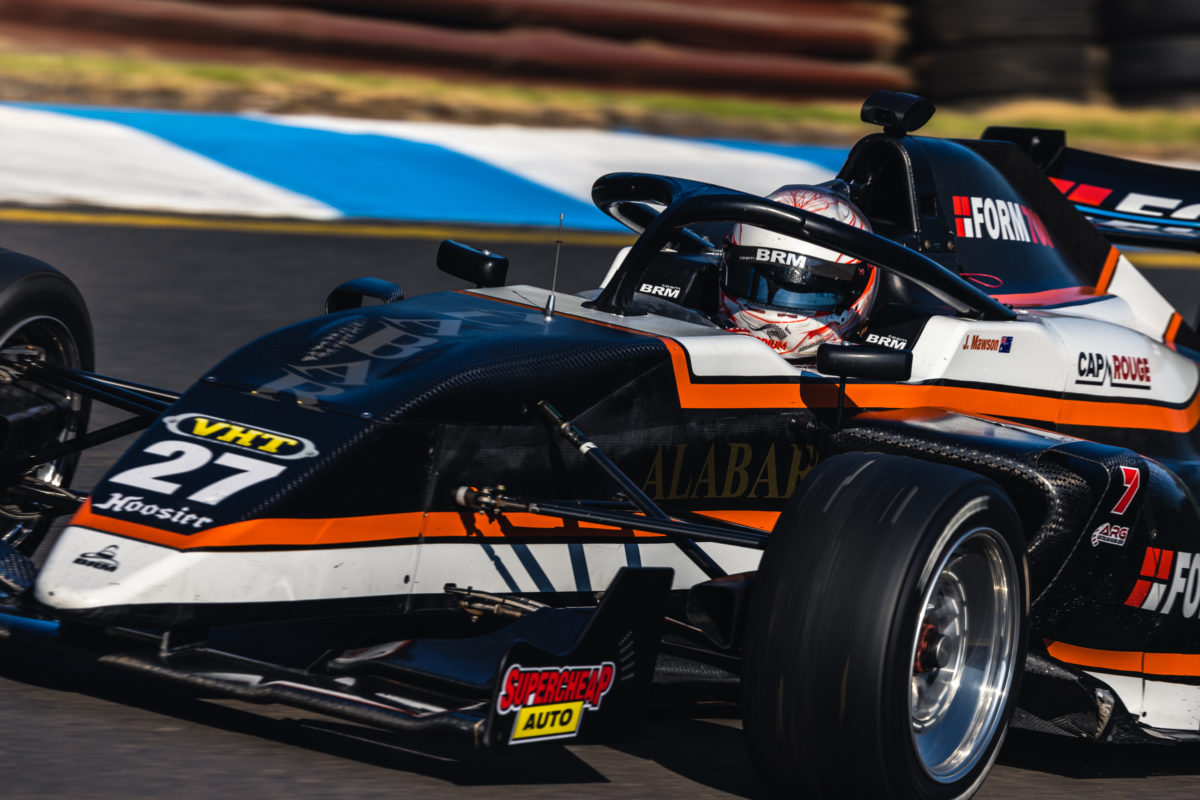 Title contender Joey Mawson has gone quickest in practice for Round 3 of the VHT S5000 Australian Drivers’ Championship at Sandown.

The BRM driver recorded a best of 1:07.1350s in the second session of the day, a hit-out which was cut roughly five minutes short when Kaleb Ngatoa got stuck in the kitty litter.

Garry Rogers Motorsport’s James Golding ended up second in Practice 2 with a 1:07.2479s, and second on combined times with the 1:07.1785s with which he set the pace in Practice 1.

Thomas Randle, who leads the championship by six points, drove his Castrol-backed Team BRM machine to third fastest with a 1:07.3356s in the latter of those sessions.

Four different drivers vied for bragging rights in Practice 2, namely the aforementioned three and Nathan Herne, whose medical clearance was signed off this morning after a crash last weekend.

Herne was quickest early on and ended up fourth-fastest in his GRM entry with a best of 1:07.3936s in Practice 2.

Tim Macrow, second in the championship, wound up fifth with a personal best of 1:074867s in the latter session.

Next-best on combined times was Ngatoa, courtesy of the 1:07.5789s that put him third in Practice 1.

The New Zealander was on to move up from the bottom end of the timing screen in the second hit-out when he locked up and spun at Dandenong Road, which saw red flags unfurled and the session ultimately called early.

There was also a noteworthy moment in the morning session when Herne’s front wing broke in contact with Ricky Capo at Turn 1, although there is no word yet on any sanction for either driver.

Mawson was only eighth-fastest then after Car #27 stopped with a driveshaft failure.

Qualifying, a 15-minute session, is due this afternoon at 14:40 local time/AEDT.