How presentation set the tone for BRT

How presentation set the tone for BRT 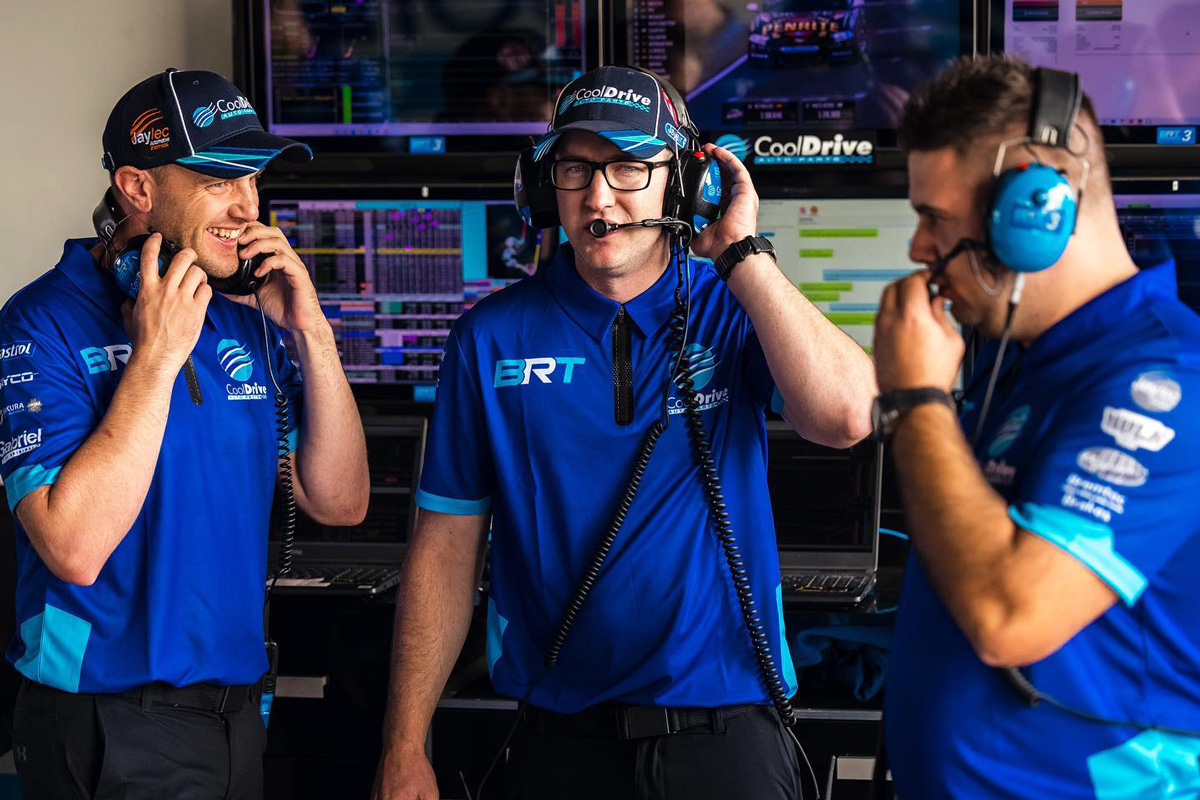 Having operated under the Brad Jones Racing umbrella in previous seasons, the Blanchard family opted to take its Racing Entitlements Contract and go out on its own for season 2021.

Donning familiar CoolDrive colours, the BRT surprised many with blistering pace at Mount Panorama, even if it left the season-opener with zero points following a heavy crash for Tim Slade.

“The other teams were laughing at us for having our shirts tucked in and then we went slapped it on the front row of the grid and it sort of stopped them laughing at us anymore,” Hogan said.

“I always say to the boys, excellence is a choice, so we chose to try to excel at everything we do.

“We launched the team first at the end of last year; we just tried to be first and the best at everything we do.”

Hogan reserved a chuckle for his passionate reaction to Slade’s crash, conceding “it probably wasn’t my finest TV moment”.

“But I think my emotions were fairly echoed through the whole CoolDrive staff,” he continued.

“Like, we are part of the one big company and we’re trying to give the CoolDrive staff something to really barrack for and get behind because they haven’t really had anything to cheer for for the last five-odd years.”

As part of the same broadcast segment, team owner Tim Blanchard admitted there was a Penske-esque element to how his business and race team have been integrated.

“Yeah, I think there’s probably some similarities there but we were just trying to create a professional-looking team and we’re part of the wider CoolDrive business so it made sense for us to structure it this way,” said Blanchard.

“There’s a lot of benefits from not just a marketing side but also a staffing engagement side, so it’s probably similar to what Penske do but it wasn’t modelled off that.

“It was just probably we were trying to achieve the same thing.”

Slade will start Race 3 of the Repco Supercars Championship today at Sandown from 19th on the grid.