Fullwood: ‘I haven’t had a day that bad in a long time’

Fullwood: ‘I haven’t had a day that bad in a long time’ 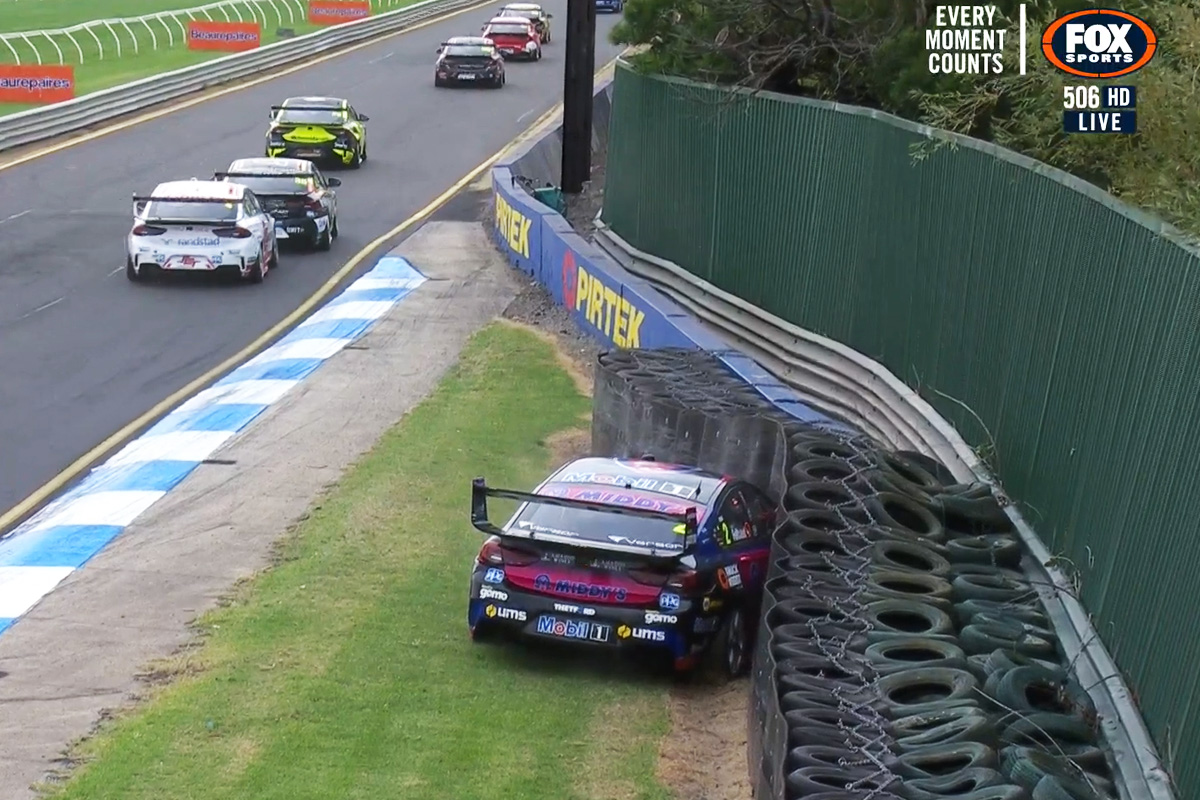 Walkinshaw Andretti United youngster Bryce Fullwood admits he wants to erase a shocking Saturday at the Penrite Oil Sandown SuperSprint from his memory.

Having impressed at Mount Panorama last month, Fullwood never at any point looked comfortable nor fast at the historic circuit southeast of Melbourne today, starting with a number of ragged moments throughout practice.

Things only got worse in qualifying as a huge lock-up left him fearing a tyre explosion en route to setting the slowest time of all 23 runners that managed a flying lap.

Rounding out a dreadful day was second-lap contact in Race 3 of the season with Team Sydney’s Garry Jacobson on the exit of Turn 4 that buried him in the tyre barriers.

The Northern Territorian was eventually able to limp back to the pits after his #2 Mobil 1 Middy’s Racing Commodore was rescued, allowing him to be classified 24th, seven laps down.

“I don’t know what to say, what’s a bloke got to do for a little bit of luck these days?” mused Fullwood.

“I haven’t had a day that bad in a long time, but the cool thing is we get to go qualifying tomorrow and the boys will fix her up tonight and we’ll get back into it and have a go for tomorrow.

“I was just cruising around [in the race] because there was definitely something not right in the right-front, so I was kind of cruising around and I was actually keeping up with everyone.

“It sort of makes you a bit more disappointed because if you got to have a go, maybe you would go alright but anyway, I had a really good start but then got a bit hip-and-shouldered there.

“I haven’t really seen the footage too much yet but yeah, disappointing.”

Buoyed by the potential race pace shown there, Fullwood still has two-thirds of the points available this weekend to fight for.

Both qualifying sessions will take place earlier in the piece, with 10-minute sessions from 10:30 and 10:50 AEDT.

“I’ll go home, have a good sleep, forget about it, and come back again tomorrow and have another go,” said Fullwood.

No action was taken by the stewards on the Fullwood/Jacobson incident, with neither driver deemed wholly or predominantly to blame.