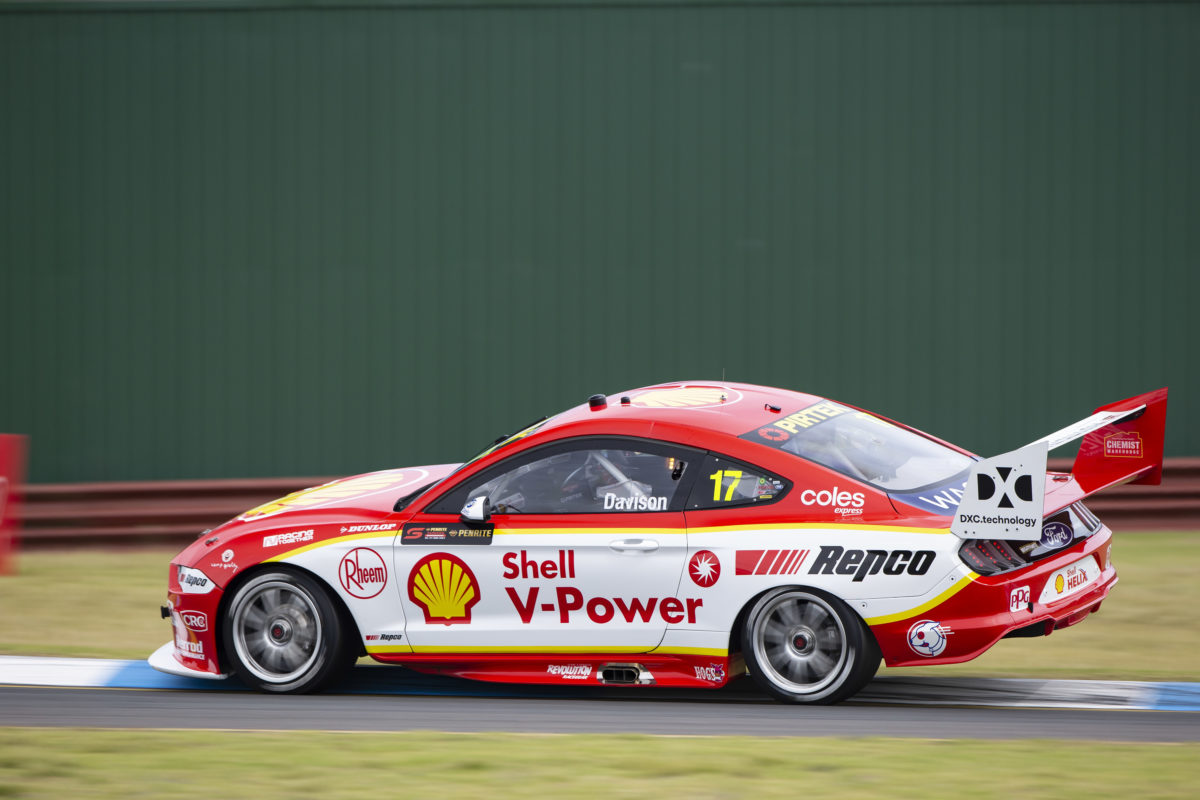 Will Davison says he was finishing Race 3 at the Penrite Oil Sandown SuperSprint “like a steam train” until a coming-together with Nick Percat.

Davison was among the very last to pit, with 11 laps remaining in the 36-lap encounter, yet still emerged ninth when the cycle completed.

However, he eventually took the chequered flag in 22nd position, two laps off the pace, having had to pit a second time on Lap 31 in order to clear dirt from the air dam of the #17 Shell V-Power Mustang.

That extra stop had been necessitated after a wild ride through Sandown’s infield when Percat, who was also on a charge, made contact in diving past at Turn 2 to seize eighth spot.

While the Brad Jones Racing driver was found to have committed no wrongdoing by officialdom, his Dick Johnson Racing rival was not best pleased by the manoeuvre.

“Everything today had gone to plan, and in the last part of the race, we were just starting to see the fruits of our strategy,” recalled Davison.

“I was just coming home like a steam train and I got through [James] Courtney and [Andre] Heimgartner, but then Percat just ran me off at Turn 2. So, it was very unfortunate.

“Our strategy was based on coming home strong, and I had a huge tyre advantage on a lot of cars in front of me.

“So, I was really excited about the last five or six laps. I think we could have made up another couple of positions.

“It was pretty disappointing to be shunted off.”

The matter was investigated, with stewards advising in their post-race report, “The DRD determined that no breach of the Rules was observed and the matter did not warrant referral to the Stewards.”

He had started sixth and run there until just before taking his pit stop, then bobbed around in fifth or sixth in the latter 10 laps.

In the end, the run to the finish line was decisive, with De Pasquale nabbing a position from long-time effective leader Mostert by 0.0160s at the stripe.

“We finished today probably as good as we were going to get,” he said after his third race with DJR.

“Our car pace was about the fifth- and sixth-fastest, and we finished fifth.

“We had a good day, and we keep improving bit-by-bit. We have a lot to look at tonight, so hopefully we can make the car faster tomorrow.”

Percat is another position further back, having driven his #8 R&J Batteries ZB Commodore to seventh at the chequered flag.

In the other incident ruled on by officials, no action was taken over the early contact between Bryce Fullwood and Garry Jacobson which put the former into the barriers and caused the race’s only Safety Car, given neither was found wholly or predominantly to blame.