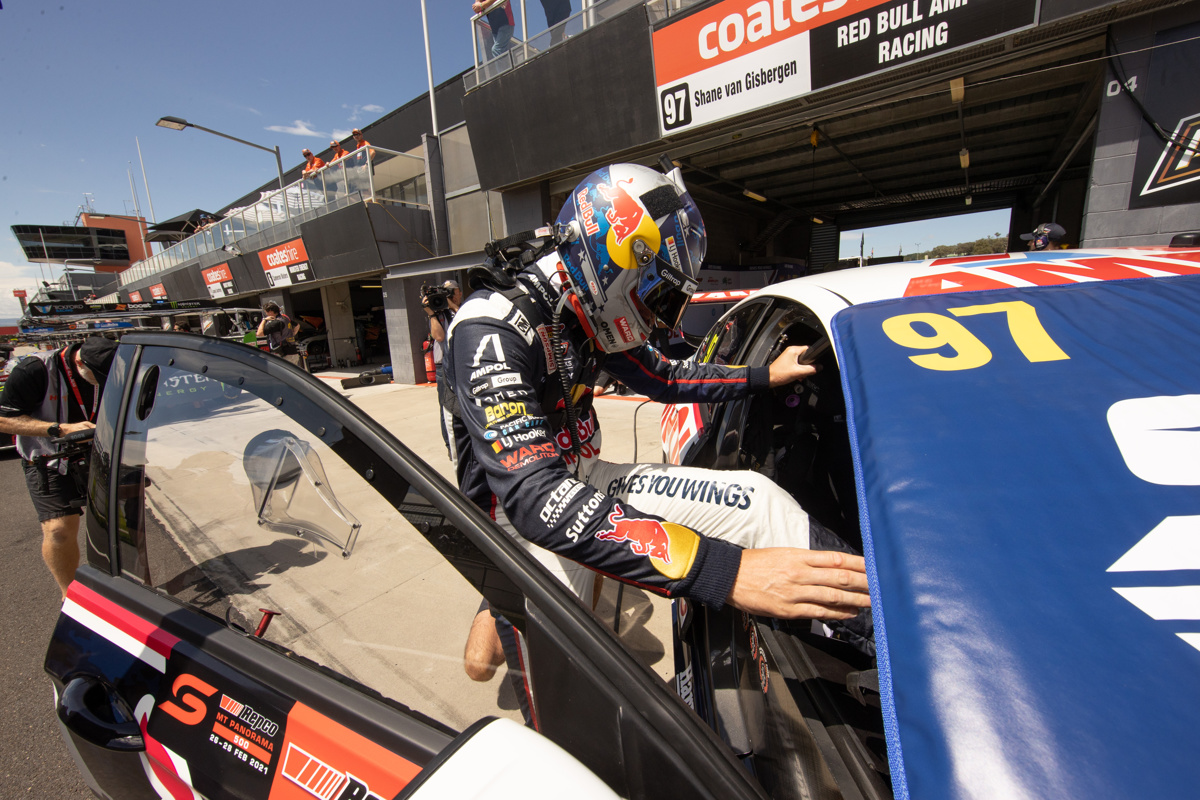 Shane van Gisbergen will partake in Practice 1 at Sandown

A cloud had been cast over the Repco Supercars Championship leader after he broke his collarbone in a mountain bike accident two weeks out from the event.

The Kiwi underwent surgery following the accident to install a plate.

Today van Gisbergen sat in his #97 Holden ZB Commodore and completed a track walk, spending part of the day wearing a sling as a precaution.

Dutton explained that while the belts come across his collarbone, they provide needed stability in-car.

“We sat him in the car today for a final check because you’re supposed to nominate your driver changes by 16:30 today, so he’s all good and we haven’t changed anything,” said Dutton.

“He’ll get in in Practice 1 and hopefully be fast.

“The belts actually improve things,” he added. “They hold you in the car and keep things tight.

“Surprisingly, he commented it’s even better being strapped up. You’re limiting the movement of the shoulder with the belts. It’s actually really positive.”

The team has the option to field Tander if van Gisbergen believes he cannot continue racing.

Tander has driven with van Gisbergen in the last two Bathurst 1000 campaigns, winning the 2020 edition together.

Supercars has given Tander its tick of approval should the co-driver be needed.

“You can with extenuating circumstances,” said Dutton.

“He’s gone through the process so something would have to be extenuating for him to have to get out of the car.

“We can’t foresee that happening, but we’re ready, no matter what. He gets in the car and is very comfortable.”