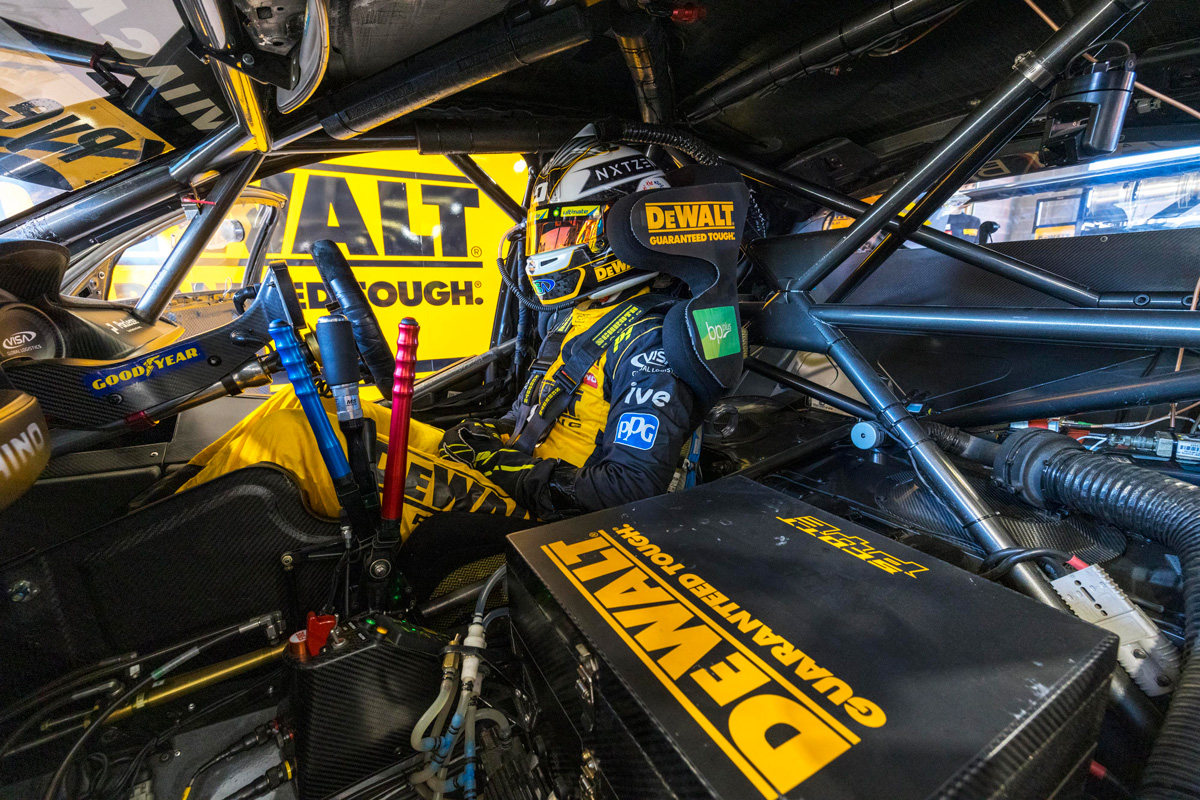 Inside the cockpit of Scott Pye’s DeWalt Commodore

A new in-car camera system, which was set to be deployed with the introduction of Gen3 next year, has been launched early by Supercars.

The new multi-year deal between Supercars and Gravity Media has been reached with scope for further development throughout 2021 and beyond.

Supercars confirmed to Speedcafe.com that the new technology is being “developed around the clock” and will offer more cameras as well as increased capability over the previous set-up.

However, due to a tight turnaround between events, the transition means Supercars will run a reduced number of in-car cameras at this weekend’s Sandown SuperSprint.

Of the 24-car field, 13 will be fitted with high definition in-car cameras.

Supercars is hoping to unveil its improved capacity by the Darwin Triple Crown, the sixth event on the Repco Supercars Championship calendar.

The improved capacity will mean that each car will have a minimum of three cameras, an increase on the previous two camera minimums.

A handful of teams are running four cameras this weekend.

The deal comes in the wake of legal proceedings between Broadcast Sports International (subsidiary of NEP Group) and Gravity Media (formerly Gearhouse Broadcast) over a soured joint venture that previously supplied in-car cameras to Supercars.

Speedcafe.com understands that amid allegations that BSI/NEP had concealed alternative plans for the joint venture’s in-car camera equipment from early 2020, and that Gravity Media had later acted unilaterally in attempting to salvage arrangements for the 2021 season, the Court ordered that the joint venture be wound up.

BSI/NEP sought to immediately relocate the equipment supplied by it to the United States, rather than allowing it to be phased out gradually with the introduction of Gen3.

Following the conclusion of legal proceedings, a report emerged that Supercars would downgrade its in-car camera systems at this weekend’s Sandown SuperSprint.

Supercars has refuted that report.

The report suggested a legal dispute involving Supercars had been triggered as a result of a change in pricing.

Supercars said it has not challenged any pricing which then resulted in a legal dispute, nor has Supercars had any legal dispute with the camera supplier.

Coverage of this weekend’s second Repco Supercars Championship event will be broadcast in high definition via Fox Sports and Kayo.

Highlights packages will be available via Channel 7 and online at 7plus.