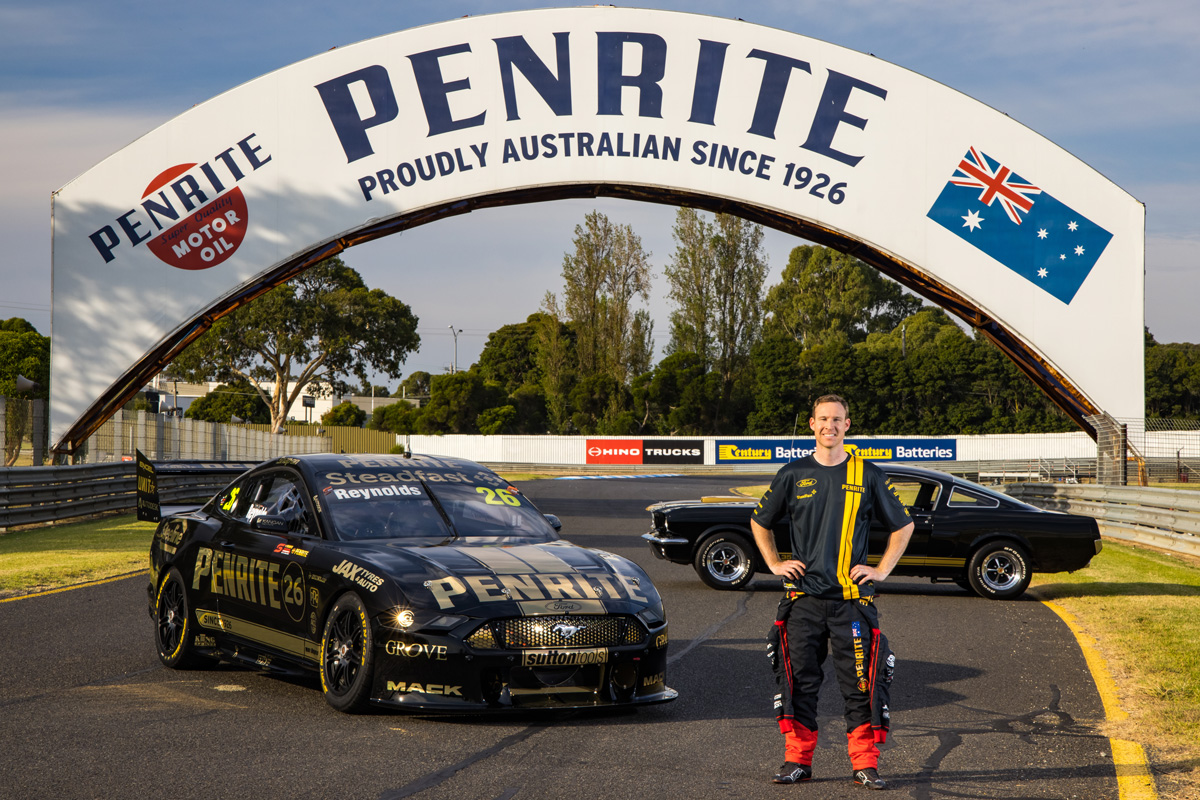 David Reynolds with his one-off Penrite livery at Sandown

A historic venue in Australian motorsport, the annual Sandown Supercars round had previously taken on official retro theming – albeit no longer.

KGR though will get in the spirit for its and major backer Penrite Oil’s home race; the sponsor also holding naming rights to the event.

The black-and-gold design is described by the team as “harking back to Mustangs of the 1960s” and features a GT stripe.

“With Penrite Oil being the naming rights partner of this weekend’s Sandown event, it was only right that Penrite Racing do something special to celebrate,” said Reynolds.

“The team have put together an awesome looking black and gold-themed 1960s-style retro livery which looks amazing, and fast.

“We’ve gone with the full Ford GT stripes, the numbers on the doors.

“I have to say I’ve had a few retro liveries over the years but this one is by far the coolest. Hopefully the fans love it as much as we do.”

Reynolds, currently eighth in the championship, will chalk up his 350th Supercars race start this weekend.

“It’s great to be able to share the milestone with Penrite at their home event and have some of my Melbourne-based friends and family cheer us on,” he added.

The Sandown SuperSprint will involve a trio of 36-lap Supercars races across a two-day meeting. 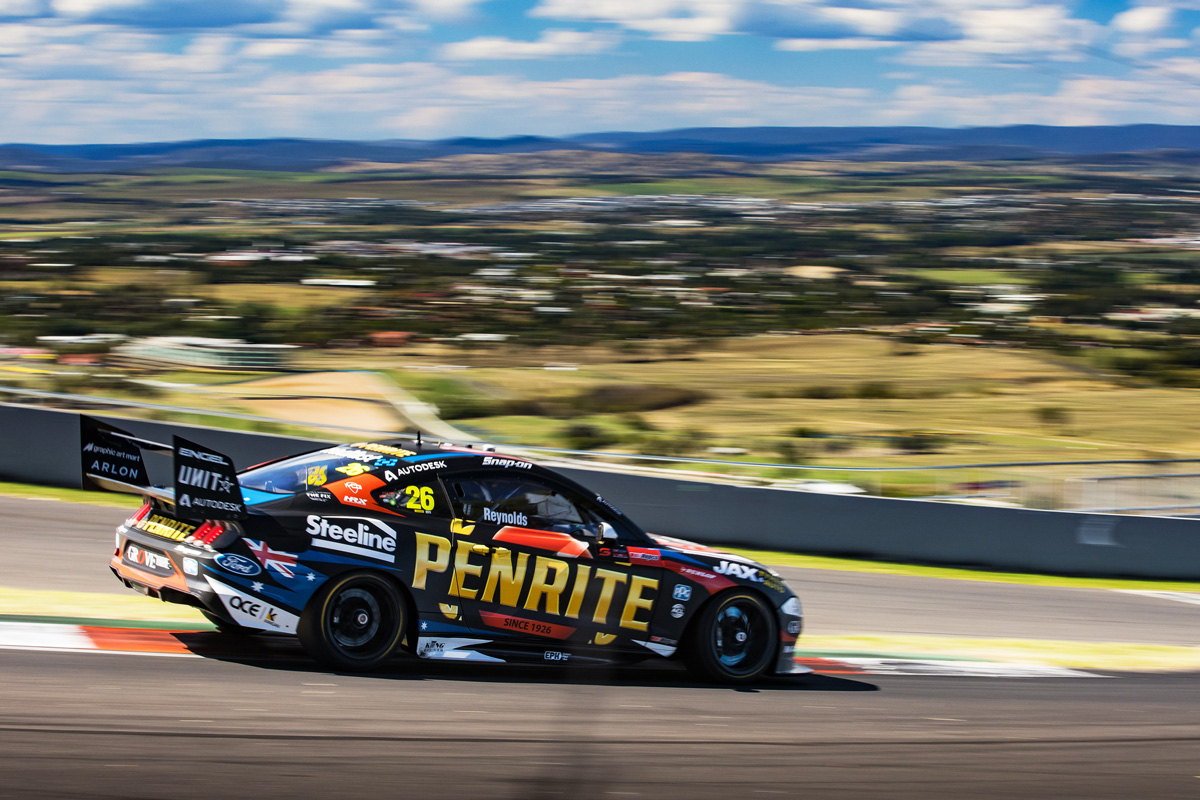 What the #26 Mustang looked like at Mount Panorama last month