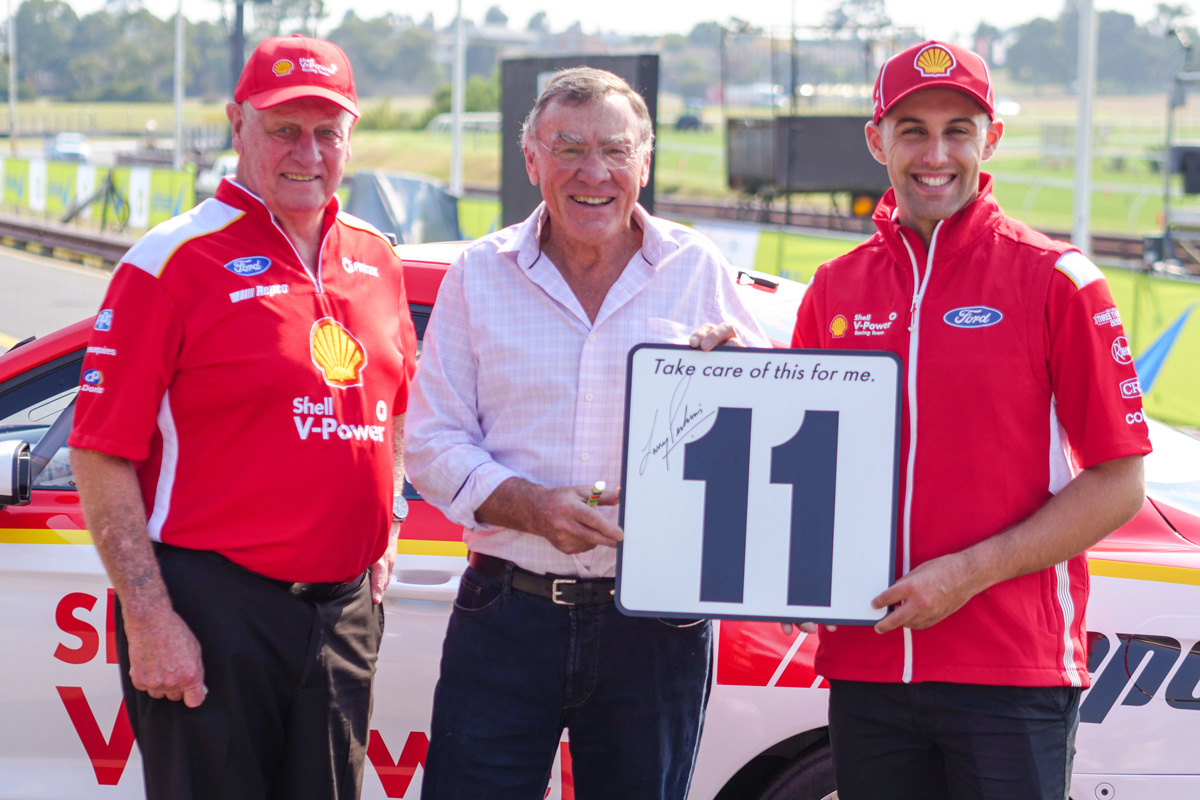 Supercars Hall of Famer Larry Perkins has given his blessing for his iconic #11 to be passed onto Shell V-Power Racing young gun Anton De Pasquale.

De Pasquale had run the #100 as a one-off at the season-opening Mount Panorama 500 last month, as a tribute to the recent opening of the 100th Pirtek franchise in Australia.

It marks a permanent shift away from the #12 the team had run during its days as DJR Team Penske, alongside its famous #17 entry that is now driven by Will Davison.

The #12 is a traditional Penske number; the American organisation departed Supercars at the end of last year.

Dick Johnson Racing chairman Ryan Story explained the switch to #11, a day out from the Penrite Oil Sandown SuperSprint.

“When Anton joined the team, I asked him what number he would like to run as Will was going to drive the iconic #17,” Story said.

“Anton said he’d love to run #11 because it was such a key part of his success in Europe where he won many races with it. I told him we could only do so with LP’s blessing.

“#11 is an iconic number in our sport, and to me it will always be Larry’s number. 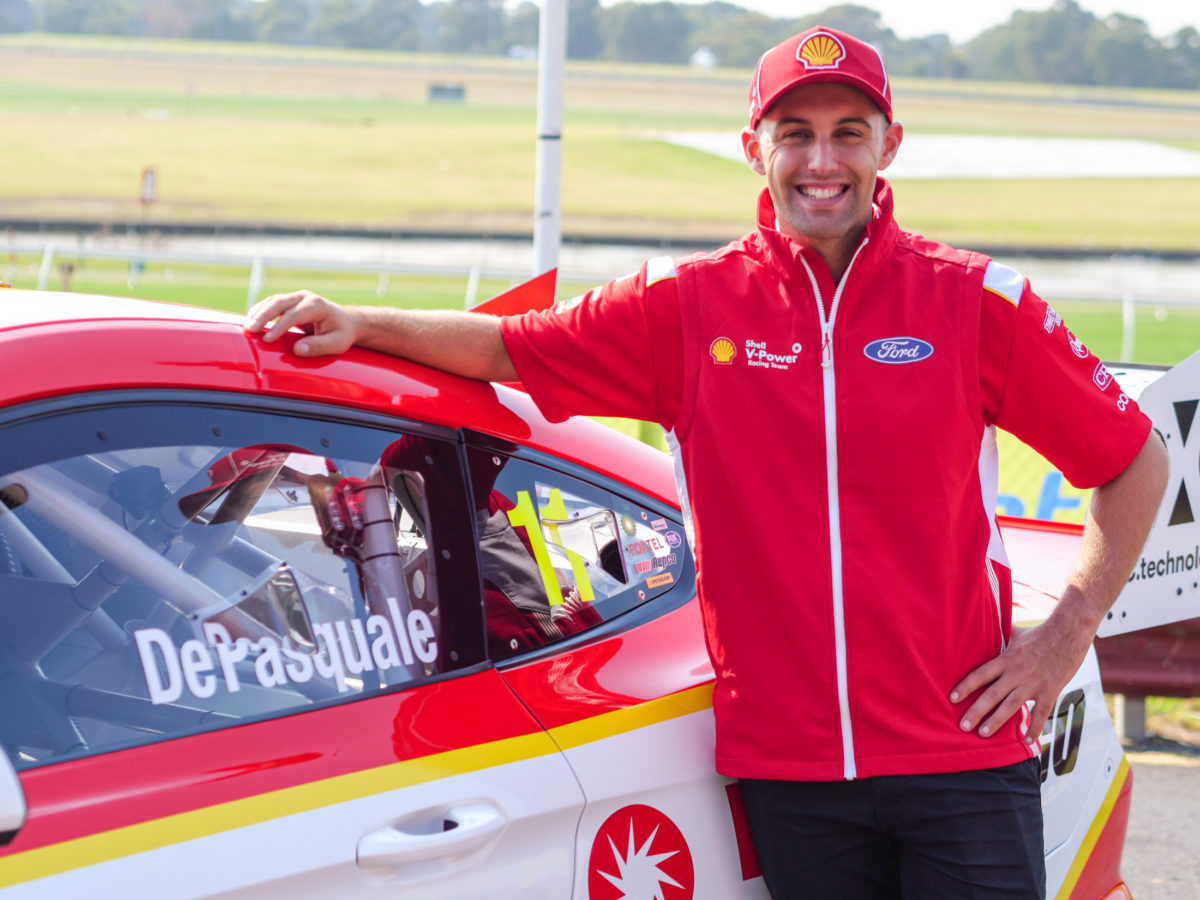 “Despite it not having been used for the past few seasons, I thought it fit and proper for Dick and myself to reach out to his old sparring partner and one-time team-mate, and that’s what’s led us to today’s announcement.”

Perkins took the last three of his six Bathurst 1000 victories with the #11.

“When I first registered my car in the Australian Touring Car Championship, I chose 11 because it was just straight digits,” Perkins explained.

“It was cheap and easy to print, and I only had to carry spares of one number which made it simple to replace on the car.

“The number originally didn’t mean anything to me really; it was just a number. But it became a part of history, and I’m very pleased to see it continue in Supercars today.

“Anton is a fantastic young talent, so when Dick [Johnson] and Ryan asked me if he and the team could use the number, I was more than happy for them to continue its legacy.”

De Pasquale described it as an honour to carry the number for the rest of the 2021 Repco Supercars Championship. 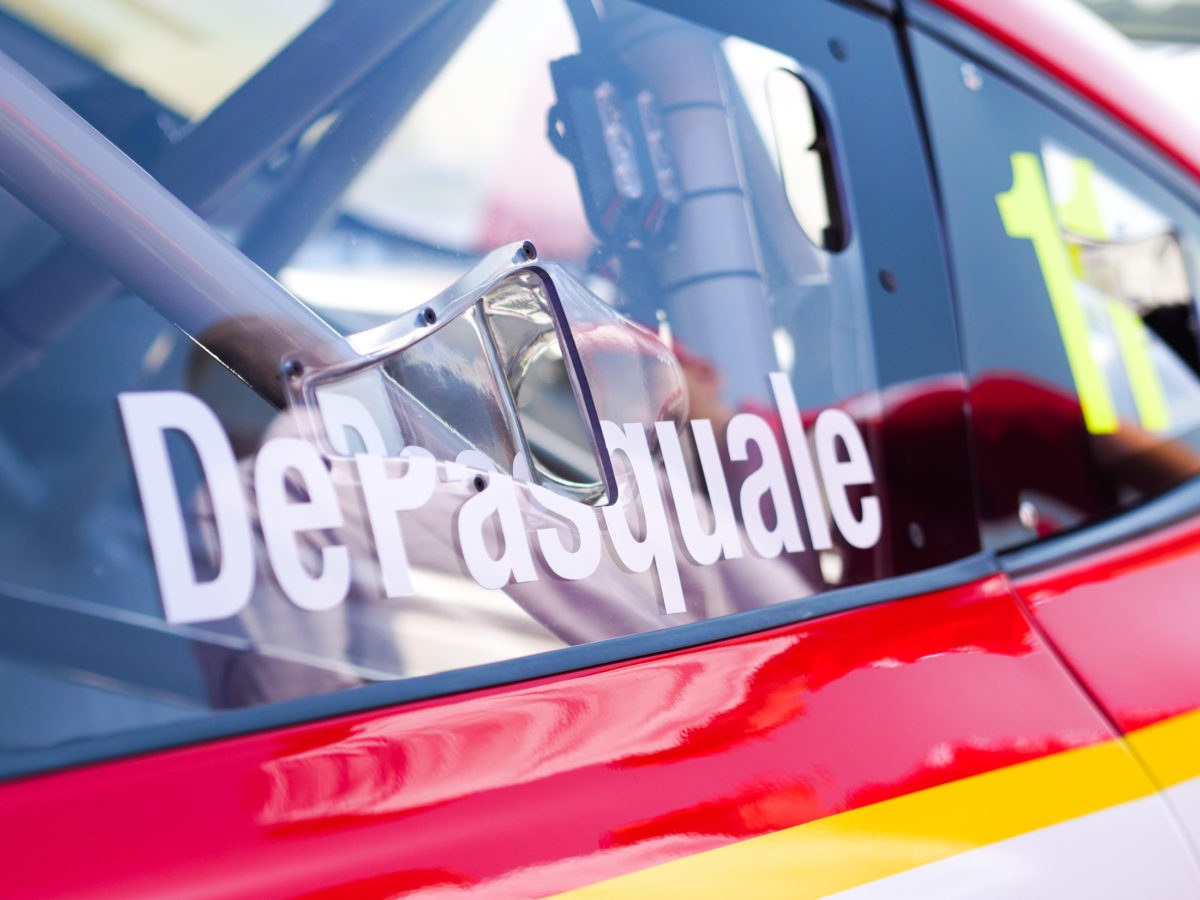 “I raced with #11 in Europe and won the 2014 Formula Renault Championship with it. Moving overseas to race was the first big move in my racing career and in life, and that’s when I changed to 11,” he said.

“Now, moving to Queensland and to the Shell V-Power Racing Team is my second big move, so I’m excited to be running 11 again.

“I’d like to say a huge thank you to Larry for entrusting me with his number, and I’ll make sure I do it proud.”

Johnson, who teamed up with Perkins for the 1985 Bathurst 1000, added his gratitude.

“I’d like to thank Larry for giving his approval,” he said.

“Anton, the team, Ryan and myself are all honoured that he trusts us with his number. I know everyone will do their best to keep it at the front.”

De Pasquale enters Sandown on the back of a mixed team debut at The Mountain, where he crashed out of the first race before taking fourth place in the second leg.