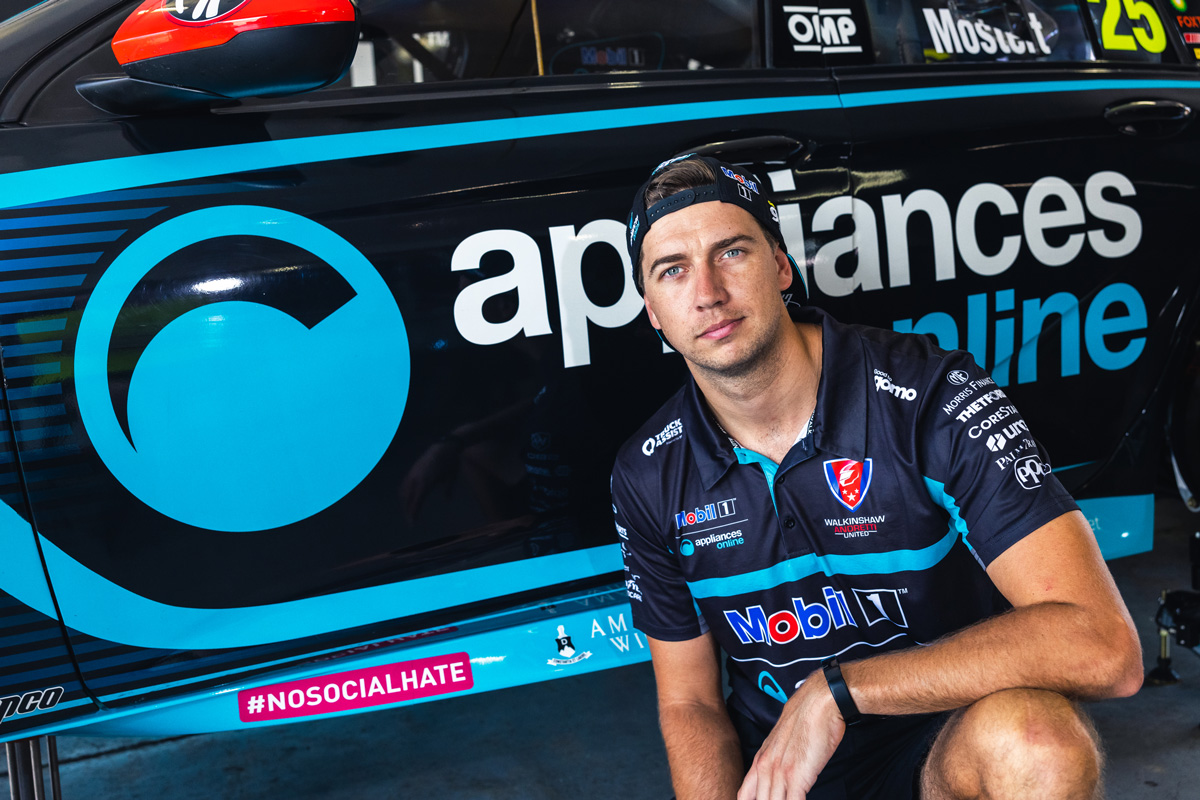 Chaz Mostert with a #nosocialhate sticker on his WAU Commodore

Chaz Mostert has ramped up his #NoSocialHate campaign, sporting branding for the cause on his Walkinshaw Andretti United Supercar this weekend at Sandown.

Mostert started the movement earlier this month in response to a trend of abusive comments being posted to social media.

A website has since been launched, with many of his peers in the category taking the #NoSocialHate pledge.

Mostert’s former team, Tickford Racing, will run the campaign stickers on each of its three Mustangs for Cameron Waters, James Courtney and Jack Le Brocq this weekend.

“You’ve obviously seen me take the #NoSocialHate pledge, and now I’m calling on you guys to do the same,” Mostert said in a video.

“I think it’s a great initiative. It’s creating awareness for a bit of an issue out there at the moment and no doubt it bleeds into a lot of other areas of hatred as well.

“So not only for sports athletes but for everyone around Australia, around the world, it’s something that I’ve noticed over the last 12 months to three years, it all getting a lot worse.

“So let’s all talk up about it, let’s also ask our friends to pledge #NoSocialHate, get amongst it and hopefully we’ve got some bigger initiative things coming up in the future.

“I really appreciate all you guys’ support and the main reason we started this was just to raise more awareness and set a better example for the kids coming through into the next generation, so thanks for hearing me out.”

Three Supercars Championship races will take place across Saturday and Sunday to make up the headline act of the Penrite Oil Sandown SuperSprint.