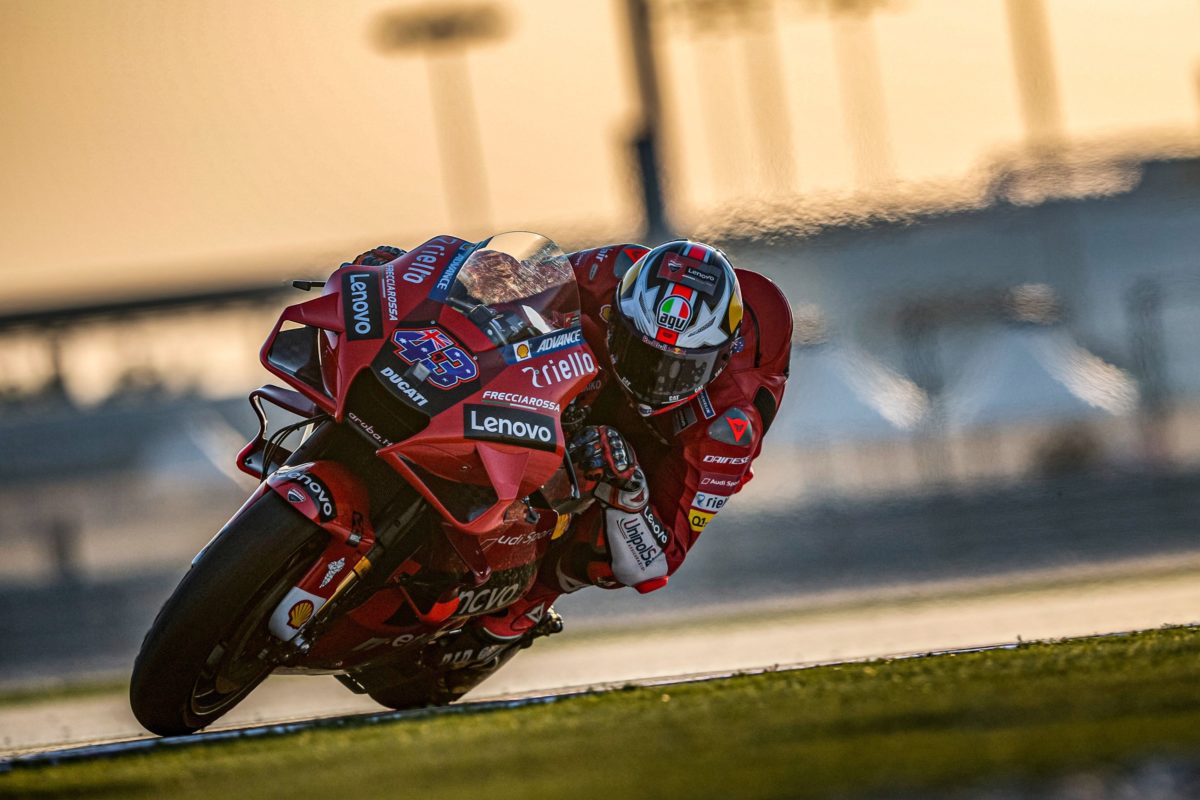 MotoGP rookie Luca Marini says he is finding it difficult to imitate the “strange” style with which pre-season pace-setter Jack Miller rides the Ducati.

The five days of official testing in Qatar represented the first time that all seven Ducati riders, including test pilot Michele Pirro, were on track together on Desmosedicis.

The sextet of grand prix regulars is split equally between non-rookies and rookies, the former group being Miller, Francesco Bagnaia, and Johann Zarco, and the latter comprised of Marini, Enea Bastianini, and Jorge Martin.

While Marini looked at how all of his Ducati counterparts fared at Losail, he naturally concentrated on the more experienced trio.

The protégé, and half-brother, of Valentino Rossi observed that Miller seems to be able to make his bike turn in a way not considered normal for a Desmosedici.

“I think everybody rides in a similar way [on the Ducati],” said the 23-year-old Avintia rider.

“You can see that the bike needs some specific [style] – the rider has to do something to make the bike turn and stop better. But every rider has his own way to do this.

“So it’s interesting for me to look at the three top guys, the riders with more experience on the Ducati. Also, I look at the data of Martin and Enea, but for sure to learn faster it is more important to check with Miller, Zarco and Pecco.

“Jack is very strange how he uses the bike, also the set-up, so it is not easy to copy. But you can see with Jack the bike has a very big potential; he can make the bike turn in the corners like a Yamaha. He has very good corner speed.

“So I also want to improve the corner speed and make the bike like he does because it’s very important for the lap time.

“I think every Ducati rider brakes very late, deep and hard to make the lap time, but also Jack is impressive how he can turn the bike in the middle of the corner.

“Pecco looks like the most similar to me maybe, so it’s easier to compare the data with him.

“Meanwhile Zarco rides in a very singular [unique] way so it’s not very easy to compare with him, but he was in Avintia last year so also my crew chief knows him very well and you can check also with him interesting things.” 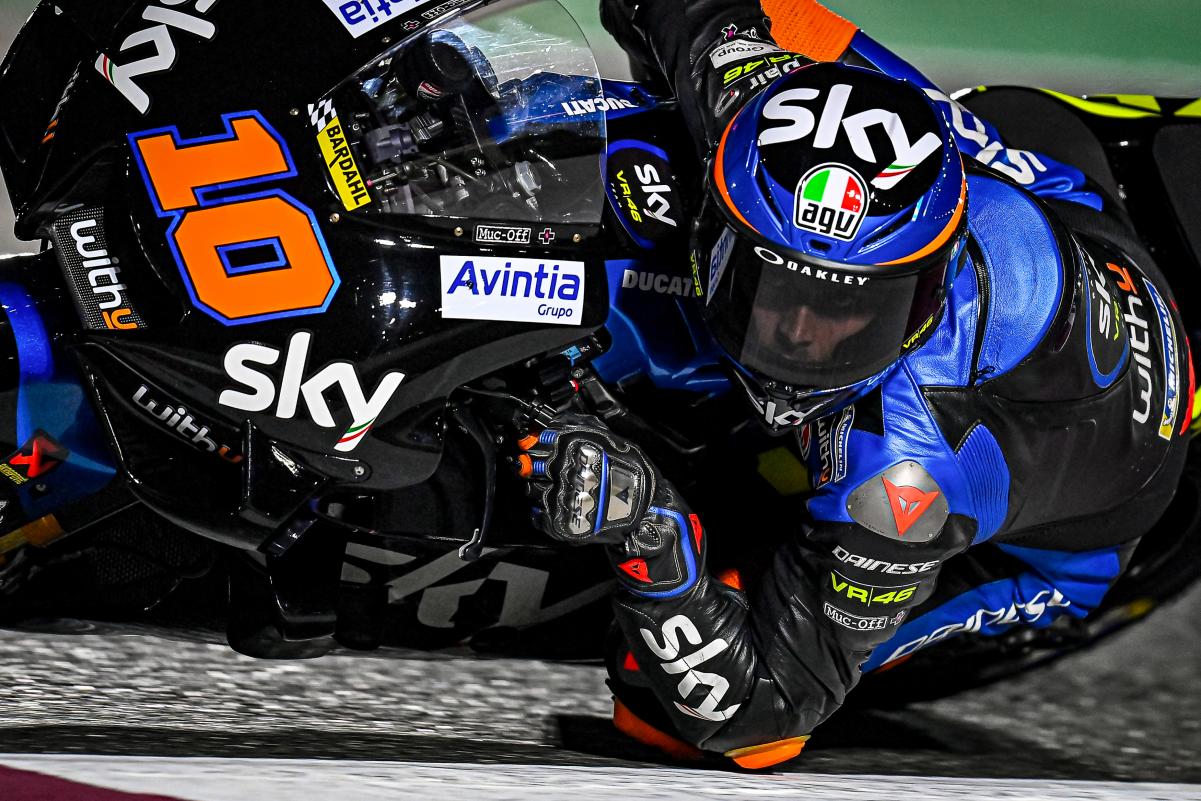 Zarco was promoted from Avintia Racing to Pramac Racing when both Miller and Bagnaia got the call-up to the factory Ducati Lenovo Team.

According to Marini, the Frenchman is also somewhat unique in how he uses the rear brake.

“There is something in common with all the Ducati riders, because to be fast you have to do some things, but you can also see how every Ducati rider rides the bike in a slightly different way.

“Zarco is one that is struggling in some areas that are not areas where I’m losing more. So, for now, it’s not easy for me to compare the data with him, also because he uses different electronic settings and uses the rear brake in a very different way.

“With this bike, the influence of the rear brake is very important. You have to use it a lot during all of the lap.

“For now, I’m not using enough the rear brake, so it’s not easy to compare with him because he is using a lot of rear brake, as are Pecco and Miller.

“I don’t know how to explain well. [Zarco] is a little bit different. Nothing big; just maybe he doesn’t brake as hard then he lets the bike enter fast into the corner, but he can manage the middle of the corner to turn the bike and then he tries to be smooth in the exit of the corners.

“It’s not very precise in the first touch of the gas, in my opinion, but he can adjust this with the electronics and at the end if you check the speed also in the exit of the corner, he is quite strong.”

Miller unofficially broke Losail’s All Time Lap Record in testing, while Bagnaia ended up fifth-fastest after the five days.

Zarco unofficially broke a speed record in hitting 357.69km/h on the penultimate day of action although his fastest lap, good enough for ninth on combined times, came a day earlier.

The Moto2 and Moto3 Official Test starts tonight at Losail, and the first grand prix of the season, at the same circuit, a week later.