Ricciardo made the shock decision to part ways with Renault (now Alpine) in favour of McLaren for the 2021 season before the 2020 campaign had even begun.

The Australian’s call came after just a single season with Renault, leaving team principal Abiteboul frustrated that his driver was not more patient.

The saga is played out in Season 3 of Formula 1: Drive to Survive, and shows the raw edges of the pair’s relationship in the early races of last season.

However, a turning point came at Silverstone, when Ricciardo recorded a fourth placed result.

“Here, today, after what we have achieved together, maybe all of us are a bit closer,” Abiteboul suggested in the fifth episode of the Netflix-produced programme.

“I am in the process of rebuilding my relationship with him [Ricciardo]. Even though I have full confidence that he will regret his decision.”

Fourth place for Ricciardo, and sixth for team-mate Esteban Ocon, was something of a pressure release for Renault.

It was the team’s best result of the season to that point, and the first time it had both cars finish in the points.

It also came at a time when Renault was in the thick of an early-season protest against Racing Point’s brake ducts – a protest which resulted in a €400,000 fine and loss of championship points. 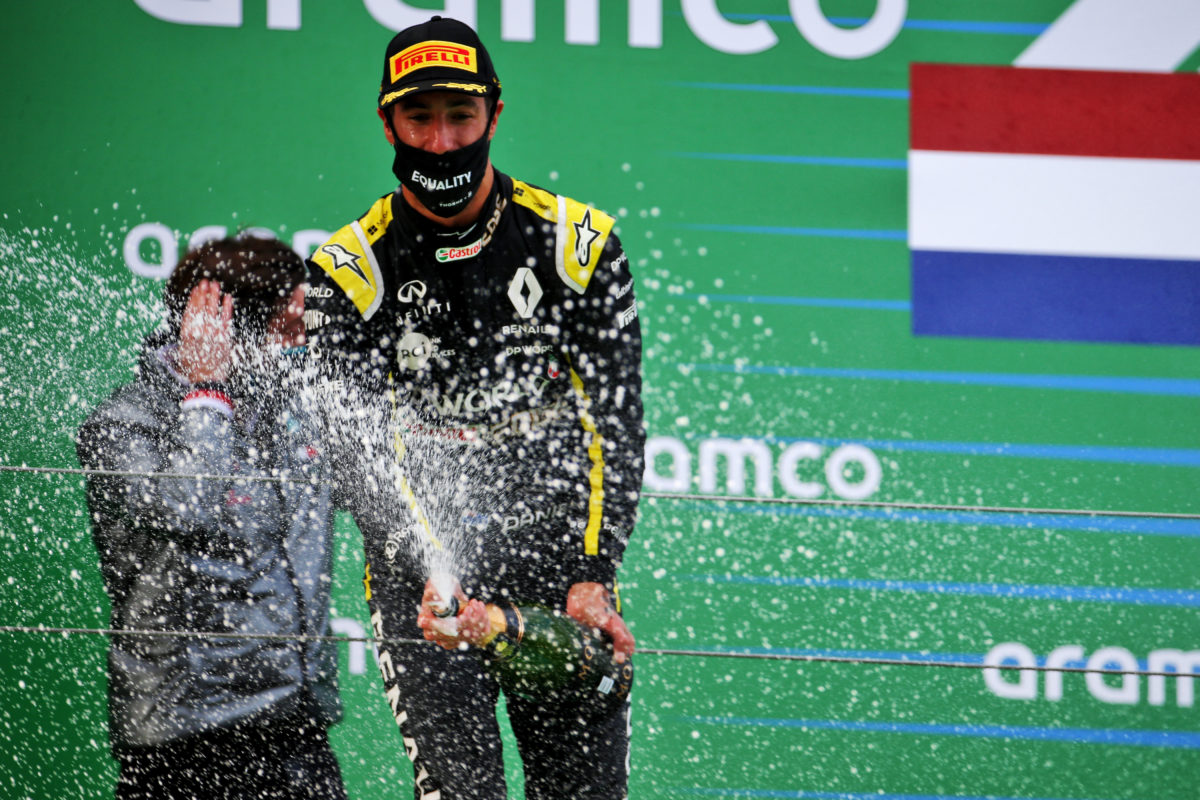 Ricciardo on the podium at the Eifel Grand Prix

Renault scored its first podium (under its current guise) courtesy of Ricciardo at the Eifel Grand Prix at the Nurburgring seven races after his British Grand Prix performance.

By that stage he’d recorded two more fourth placed results, and went on to claim third at the Emilia Romagna Grand Prix.

Renault ended the season with three podiums to its name after Ocon finished second to Sergio Perez in the Sakhir Grand Prix.

That saw the Anglo-French team end the year fifth in the constructors’ championship with 181 points after a tense three-way battle with McLaren (202 points) and Racing Point (195).

For 2021, Renault has rebranded to Alpine with Fernando Alonso ending a two-year F1 hiatus to fill the void left by Ricciardo.