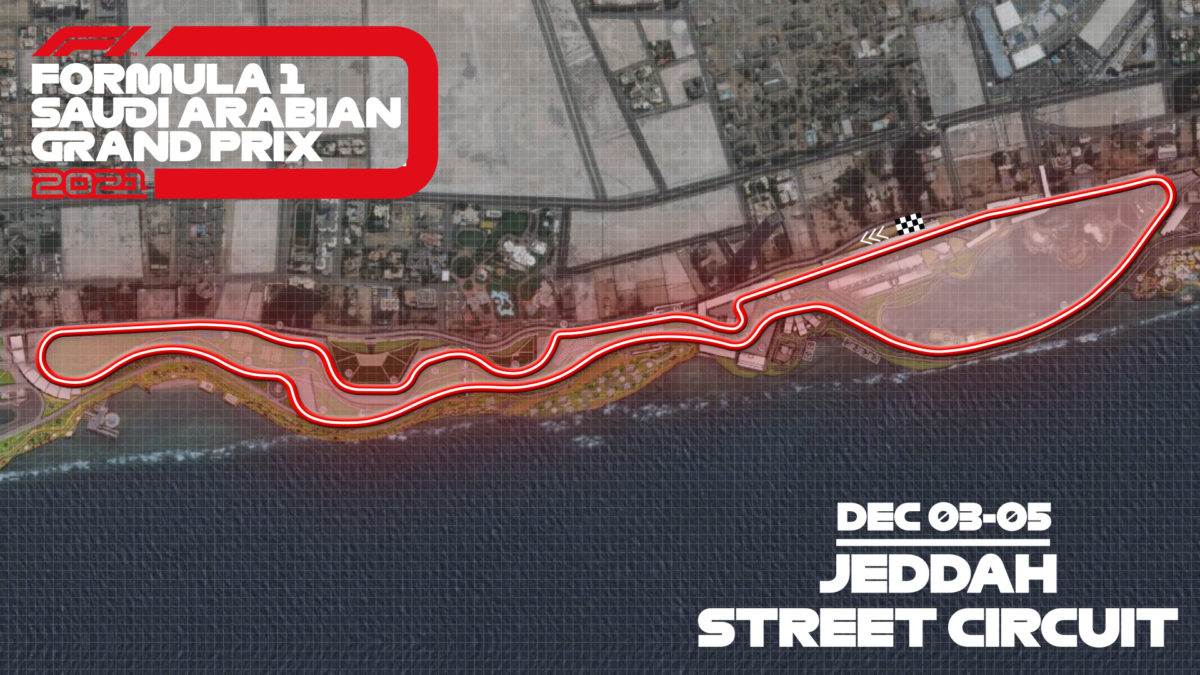 Details of the Jeddah Street Circuit on which the Formula 1 Saudi Arabian Grand Prix will be held suggest it will be one of the fastest events on the calendar.

Average speeds are tipped to reach 250km/h around the 6.175km circuit, making it potentially the second fastest venue of the season – only Monza is faster, with an average lap speed of more than 260 km/h.

Located on the Corniche area on the Red Sea, approximately 12km from the centre of Jeddah, the circuit will feature 27 corners and three Drag Reduction System (DRS) zones.

“We have worked very closely with the team at Tilke and with the promoter to ensure we have a track that provides exciting wheel-to-wheel racing for our fans and challenges all of the drivers.

“The design brings out the best of a modern street circuit but also has fast paced free flowing areas that will create fast speeds and overtaking opportunities.

“The setting is incredible, on the Red Sea, and we can’t wait to see the cars on the track in December.”

“Next December will be a huge moment, when we host the biggest event in Motorsports (Formula 1).

“Even though this is the first time we will host a Formula 1 Grand Prix, delivering such important international events is further confirmation of the Kingdom’s ability to manage and organise these events to the highest standards for our fans and growing young population.”

Saudi Arabia is slated to host the penultimate round of the 2021 Formula 1 season on December 3-5, two weeks after the rescheduled Australian Grand Prix.

The event will be the first time F1 has competed in the Kingdom, though it has previously played host to Formula E on two occasions.