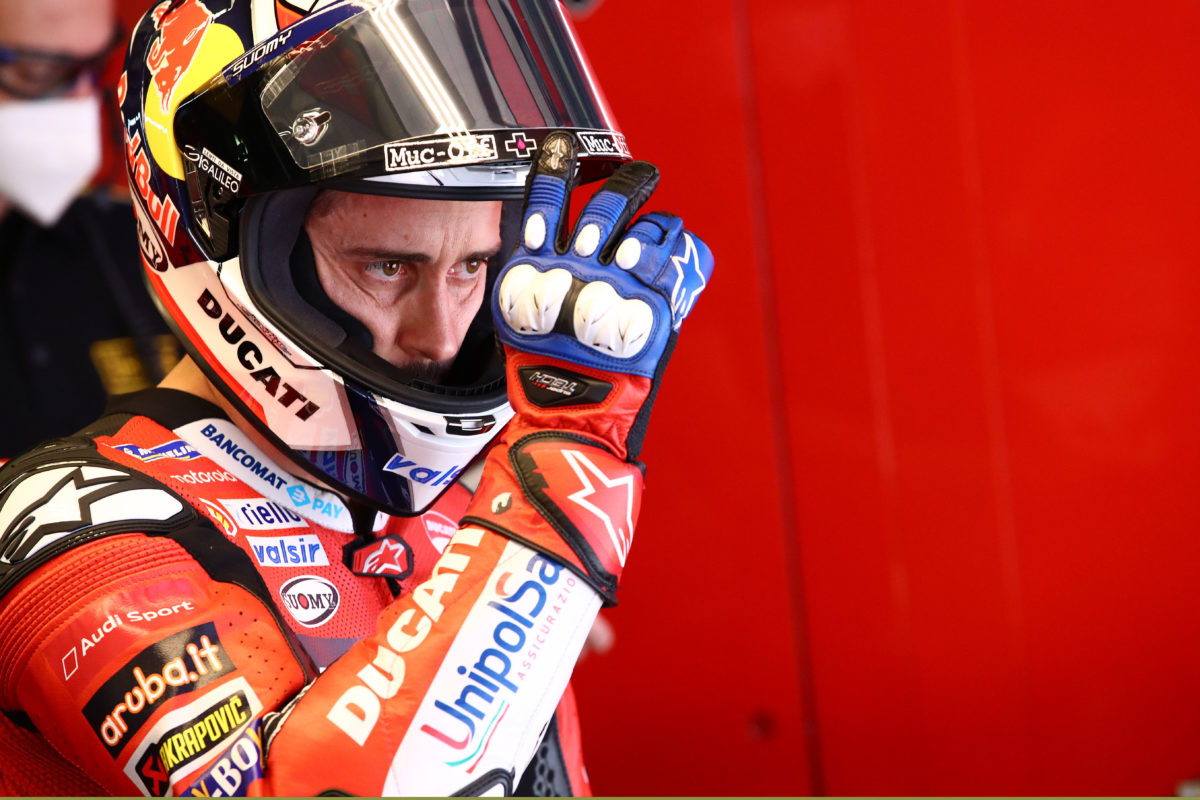 Andrea Dovizioso will conduct a three-day test for Aprilia next month, his first MotoGP commitment since deciding to take a ‘sabbatical’ from the championship.

Dovizioso and his management called off talks over a renewal with Ducati in August last year before he also turned down Aprilia’s offer to become one of its race riders.

The Noale manufacturer now appears to be looking for a test rider given Bradley Smith has seemingly left the fold after being passed up for a grand prix role in favour of Lorenzo Savadori.

“It was a pleasure to invite Andrea,” said Aprilia Racing CEO Massimo Rivola.

“The days in Jerez will simply be a chance to get to know one another better, also on the track.

“It will not be a ‘trial matrimony’ but an opportunity to turn some laps together without any binding commitment for the future.

“We are well aware of all Andrea’s qualities and his contribution will be important, even for just one test.”

Aprilia remains the only MotoGP manufacturer entitled to concessions, such has been its performance in recent years.

However, Aleix Espargaro was sixth-fastest in five days of pre-season testing at Losail, his best time within half a second of Jack Miller’s unofficial All Time Lap Record on a Ducati.

Whether that showing enticed Dovizioso, who is competing in motocross this year, is not clear.

The 15-time MotoGP race winner did state late last season, in explaining his sabbatical, “I will return to MotoGP as soon as I find a project driven by the same passion and ambition that I have and within an organisation that shares my same objectives, values and working methods.”

Speaking on his latest appointment, he said, “I was pleased by Aprilia’s interest and when we spoke about the possibility of doing this test, I gladly accepted the invitation to be able to ride a MotoGP bike again and to stay in form, giving the engineers my feedback.

“I wish to thank Aprilia Racing for this opportunity.”

Dovizioso had at one point looked a chance of returning to the factory Repsol Honda Team as an injury replacement for Marc Marquez, something he said he would consider if an offer came.

Instead, Stefan Bradl remains the likely stand-in, and Marquez is a prospect of making Round 1 of the season at Losail at the end of the month anyway.

Dovizioso, and new Yamaha test rider Cal Crutchlow, will share Jerez with the MotoE field given the electric category is conducting an official test at the Spanish Grand Prix venue at the same time.

The Qatar Grand Prix opens the MotoGP, Moto2, and Moto3 seasons on March 26-28.