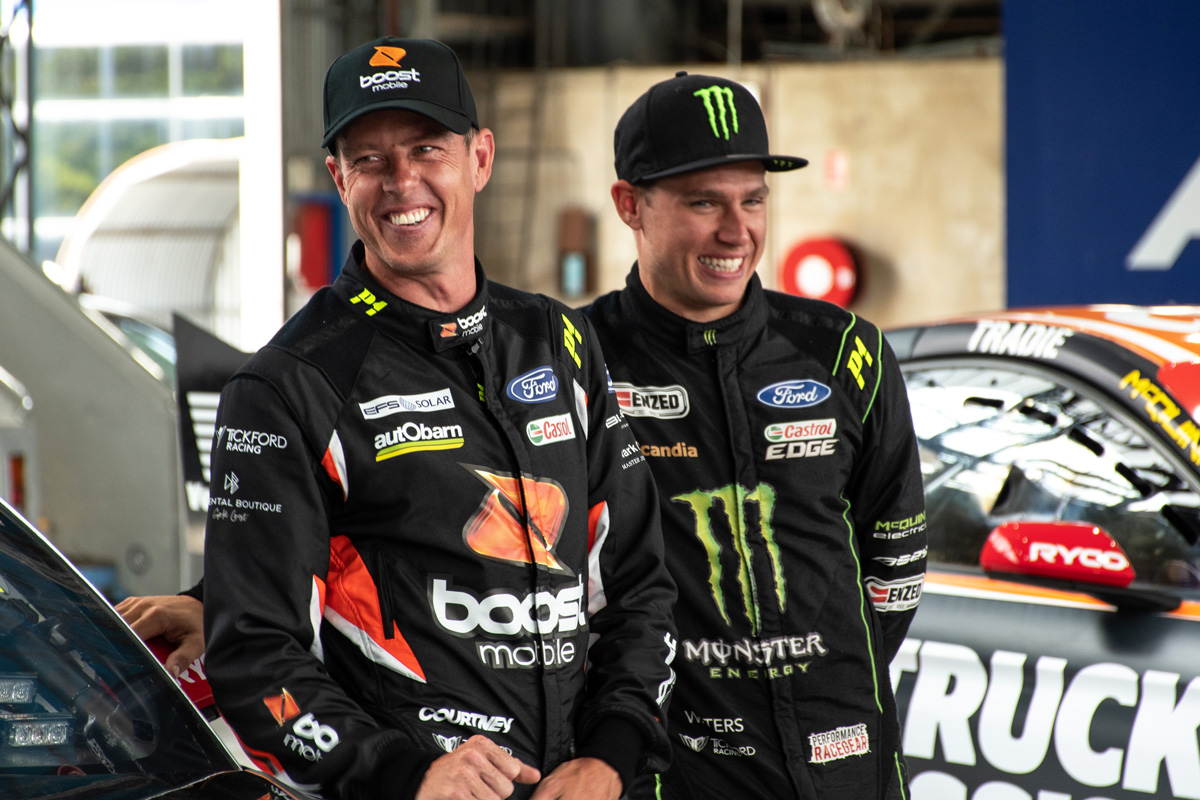 Waters affirmed his status as a 2021 title frontrunner at the Repco Mount Panorama 500 last month, taking front-row starts for both 250km races.

In fact, he was leading the field on both days before problems struck: first a power steering pump failure on the Saturday, and then a critical strategy error 24 hours later.

Waters does have an ace up his sleeve in Courtney though, the latter having known what it’s like to fight – and beat – Triple Eight in a title race. Courtney dramatically pipped Jamie Whincup to the 2010 crown.

While eager to get results of his own, the 40-year-old is taking it upon himself to guide Waters, especially now that they are sharing a garage on race weekends.

Courtney had been paired in the same pit boom as Lee Holdsworth last year, while Jack Le Brocq sat next to Waters. Le Brocq and the Blanchard Racing Team’s Tim Slade now share what is effectively the second Tickford garage.

“Far out, I’m under no illusion with my position in the team,” Courtney told Speedcafe.com.

“Cam is the focus; I’m at the end of my career and he’s coming into his prime, he’s been doing a fantastic job over the last couple of years and he has really impressed me with the way he worked last year and I’m enjoying working with him.

“I think I’ve got a lot that I could help him with and I think that’s why we have been pulled closer within the team, to help him with that. 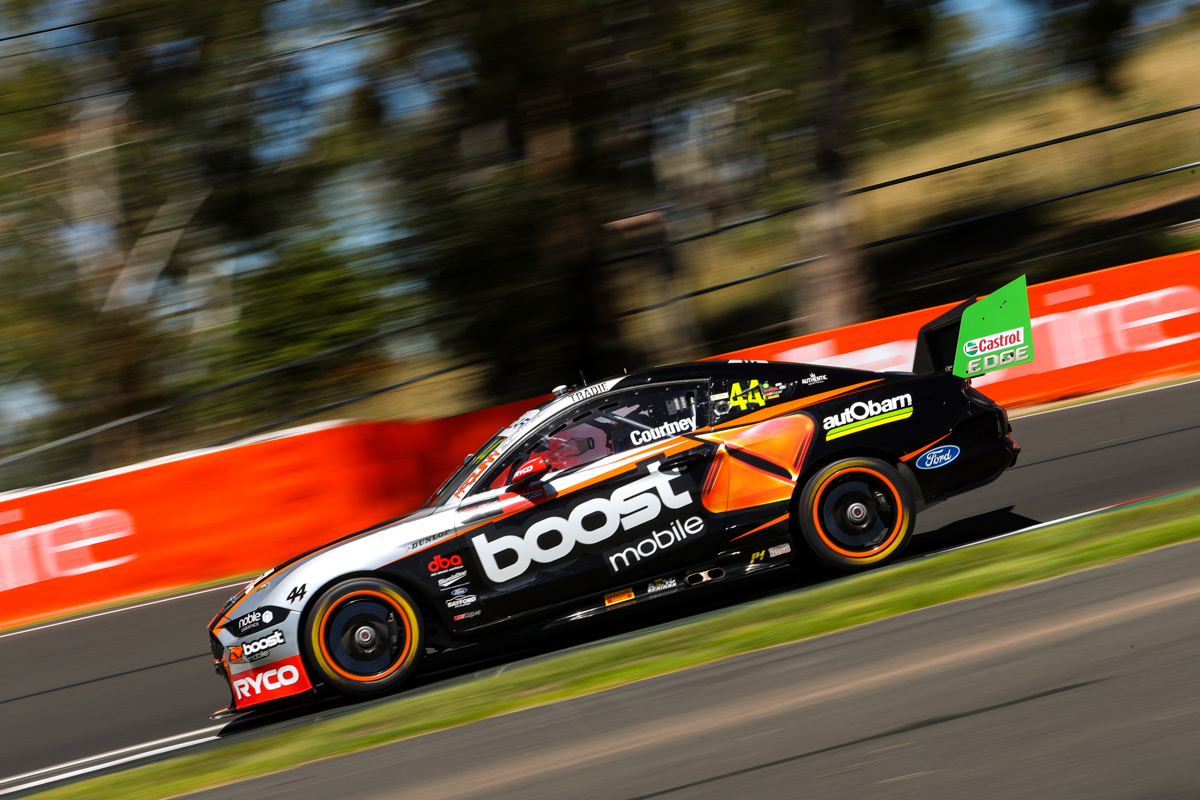 Courtney aboard his Boost Mobile Mustang

“It’s nice to be able to work with someone who is so eager and is coming into that spot and be able to give some wisdom.

“I’ve been through it all previously and done the whole championship battle so I know what’s coming.

“To be able to help him and work with him through that – hopefully it’s us two going for it – but equally it’s easier for me to work with him than against him and everyone else.

“So I think we’re a stronger pairing in that way… I’m pretty excited. He’s a good fella as well and we get on really well.”

Courtney has had a history of seemingly intense relationships with past team-mates such as Garth Tander and Scott Pye but has slotted comfortably into the Tickford environment since joining the Ford squad mid-last year from Team Sydney.

“Both him [Waters] and Jack have been so welcoming when I came here last year,” Courtney added.

“There’s no ego within here anywhere.

“We’re all pretty comfortable in the position that we are and where we are within the team and are working well together.

“So I’m in this position, I want to win and do the results for me, but we’re working together.”

Courtney is 21st in the standings, having taken eighth at Bathurst before blotting his copybook with a race-ending crash at The Cutting on the Sunday.