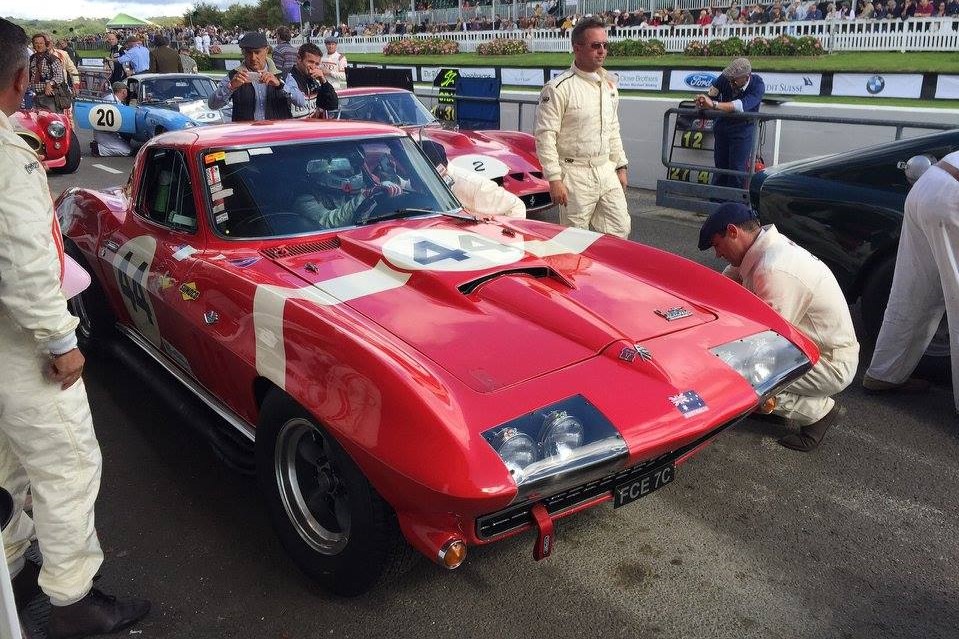 John Bowe will race a 1966 Chevrolet Corvette in the Heritage Revival field at this weekend’s Penrite Oil Sandown SuperSprint.

The car had been set to contest the recent Phillip Island Classic but was unable to do so due to brake issues.

The historic category will feature cars from the Group A, Group C, and Group N touring car era as well as Group S sportscars.

A day before the meeting at Sandown International Motor Raceway, Bowe will complete his radiation treatment at the Peter MacCallum Cancer Centre in Melbourne.

Earlier this year Bowe was diagnosed with prostate cancer and since then has been encouraging men over 40 to get checked.

“Saturday I’ve been entrusted with my buddy Joe Calleja’s 1966 Corvette big block after a major makeover.

“It didn’t run at Phillip Island due to brake issues so I’m a guinea pig of sorts.

“It’s Joe’s favourite car so this is an honour for me too! I’ve driven it before many times but the job the boys have done on it makes it like a show car.”

The winner of this weekend’s feature race in S5000 will receive the John Bowe Trophy.

“After Sunday’s races I will be presenting the John Bowe Trophy to the overall winner of the S5000 round,” he continued.

“As a former Formula 5000 racer, I love these cars, and have done since the earliest concepts were discussed.

“It’s a massive credit to many many people that the S5000 category has got up and running and is attracting lots of young gifted talent, just as was intended.”