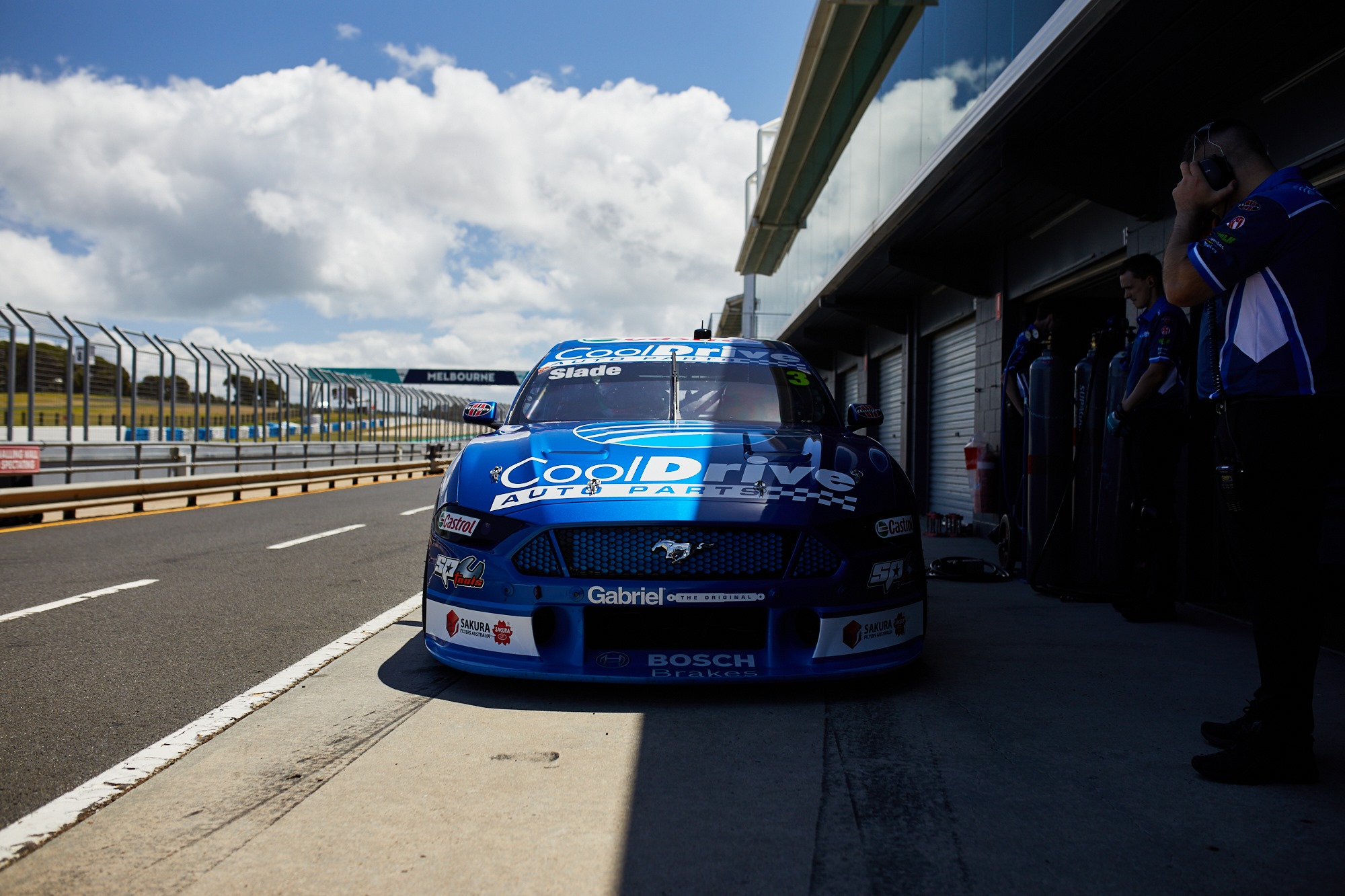 Tim Blanchard is optimistic Tim Slade can be as quick at Sandown as he was in the Supercars season-opener despite being in the team’s back-up chassis.

On Wednesday the Blanchard Racing Team completed the build of its spare Ford Mustang two and a half weeks after a mammoth crash at the Mount Panorama 500.

Slade crashed heavily in Race 1 of the Repco Supercars Championship, resulting in damage too great for the team to see out its debut weekend.

The team has since stripped the damaged chassis and built up its spare in time for the second event of the season, the Penrite Oil Sandown SuperSprint this Saturday and Sunday.

Speaking with Speedcafe.com, Blanchard said he’s upbeat going into the team’s home round.

“I think preparation in the car is better than what we went to Bathurst with,” said Blanchard.

“Hopefully it’s as fast as what we had at Bathurst. The level of preparation, the detail, and the way the car has been bolted together we think is an improvement on what we took to Bathurst.

The team will waste little time at the forthcoming event.

It’ll be a short and sharp affair for the team, with the first two-day event of the year.

“We’ve put in the extra hours in the workshop to try and make sure we avoid any issues.

“I feel like we’ve gone above and beyond what was required in putting the car together to eliminate as many issues as possible.

“We’ve had Sladey down here so he’s been actively involved in helping build the car up for this weekend.

“He’s already sat in it. Had a feel around it. He’s pretty confident he’ll be comfortable in it.

“Obviously you never know when you build up a new car what’s going to catch you out. It definitely won’t be for a lack of preparation if there is an issue.” Blanchard said the team was fortunate to have a second chassis in its cache.

The team has this year leased two Ford Mustangs from Phil Munday, who ran the now defunct 23Red Racing.

“We obviously had a second chassis here which we were very fortunate to have,” Blanchard explained.

“While it was complete, it wasn’t ready for a race meeting, only ready for promotional purposes or for a ride day.

“We’ve had to strip both cars completely and then we’ve built that car up to our standards. While we had a car there, it’s effectively been a complete build.”

With Supercars rules restricting testing, the team gave the car a shakedown of sorts at Fitzgerald Racing Services.

“We’ve done some pretty extensive hours with the guys getting that car ready,” said Blanchard.

“Instead of just putting it together, we’ve put in a lot of extra hours just trying to get all the small things right.

“We ran it up on a dyno. Fitzgerald Racing Services next door to us in Box Hill, they’ve been very supportive and helpful with our race team and setting it up over Christmas.

“We got to run the car up last night and now we’re just doing some final set-ups and packing the truck up today.”