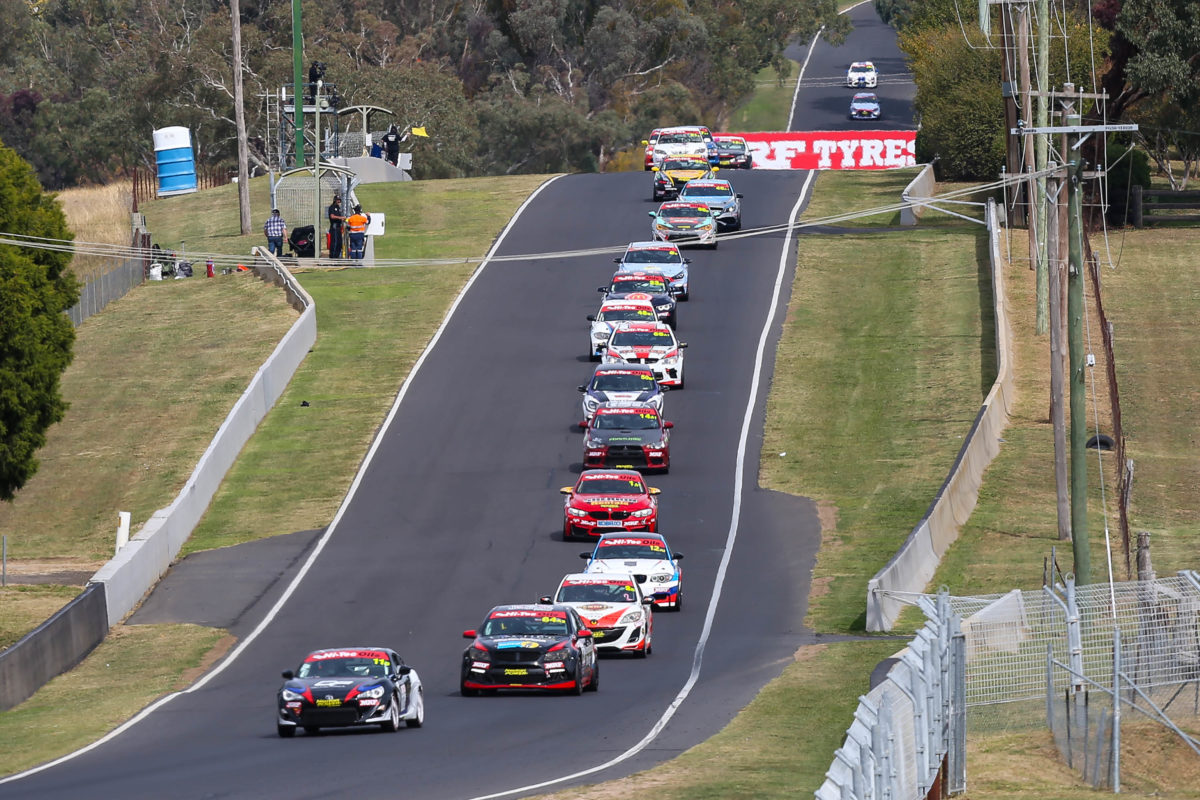 Organisers have released the schedule for this year’s Hi-Tec Oils Bathurst 6 Hour.

The fifth running of the production car enduro is supported by the first ever Mount Panorama round of the Supercheap Auto TCR Australia Series, plus Fanatec GT World Challenge Australia Powered by AWS, the National Trans Am Series, Historic Touring Cars, Radical Australia Cup, and the MRF Tyres Excel Bathurst Challenge.

The Bathurst 6 Hour race itself commences on Easter Sunday (April 4) at 11:15 local time/AEST, after a two-part qualifying process on Saturday afternoon, with the top and bottom 50 percent split on the basis of practice times.

TCR Australia’s first official sessions at Bathurst will be a pair of half-hour practice sessions on Friday.

Qualifying for the hot hatches will be held on Saturday morning, leading into the first of two races, which will be broadcast live on the screens of Seven, later in the day.

Sunday morning’s Round 3 finale will be broadcast live on 7mate, with full television details for the event to be released soon.

As was the case for Round 1 of GT World Challenge Australia at Phillip Island last weekend, the sprint format is in play, meaning a 60-minute race on the Saturday and another on the Sunday.

Those encounters, plus Trans Am races and selected races for the Excels and Historic Touring Cars, will be shown on 7plus.

Over 50 entries have been taken for the Bathurst 6 Hour, with a final list still to be released.

All times local; AEDT on Fri and Sat, AEST on Sun