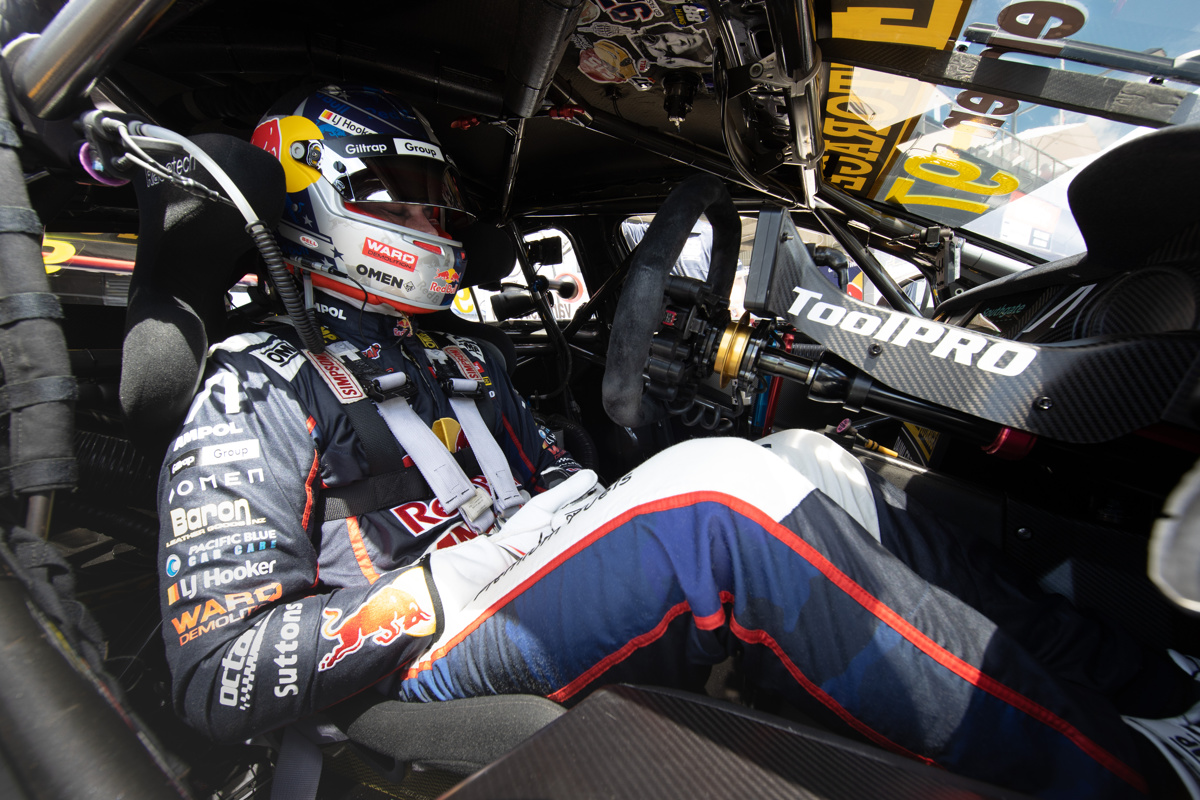 Shane van Gisbergen is optimistic he’ll be ready to race at this weekend’s Penrite Oil Sandown SuperSprint after cutting his first laps since breaking his collarbone.

The 31-year-old broke his left collarbone in a mountain bike accident on March 6, resulting in surgery to install a plate.

Yesterday the Kiwi drove a BMW M4 prepared by Smollen Motorsport at Queensland Raceway in the wet (pictured below), marking the first time he’d driven a race car since the accident.

Van Gisbergen had also been set to drive a Toyota 86 at Norwell Motorplex today.

However, after a positive hit-out at Queensland Raceway, the Red Bull Ampol Racing driver was advised by his physio not to conduct any more unnecessary driving and to continue resting.

In a preview piece posted on the team’s website today, van Gisbergen said he hoped to be on-track at Sandown.

“But after some laps in a couple of cars during the week, and with a few more days to recover before the first session at Sandown, hopefully I can be fit and ready to go.”

The Triple Eight Race Engineering pilot said he is looking forward to racing at the Melbourne venue, which hosts its first non-endurance event since 2011.

“Sandown is simple in design but is a really fun track,” he said.

“It’s normally an enduro round, but hopefully it will be good for sprint racing.

“It’s a track with not many fast corners, so you can normally make some moves which makes the racing quite competitive and good to watch.

“It’s also forgiving if you don’t qualify well – it’s not the end of the world if you start the race towards the back of the grid.”