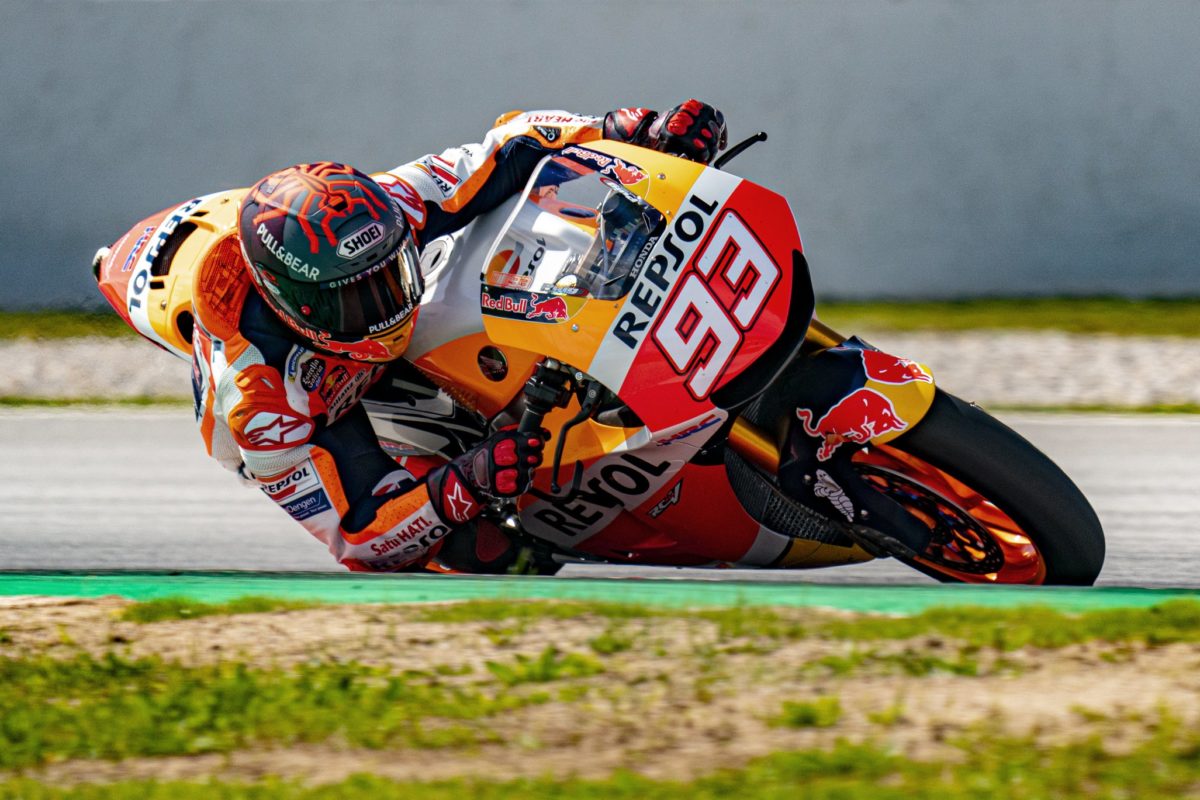 Marc Marquez has stepped up his recovery from last year’s season-ending arm injury by riding the street version of his Honda MotoGP bike at Barcelona.

Marquez has been named on the provisional entry list for this month’s season-opener in Qatar despite Honda having not yet confirmed a comeback date for its six-time world champion.

As he predicted, he rode a minibike on the weekend just passed, and has now saddled up on an RC213V-S at the Catalunya Grand Prix venue.

Social media video shows the 28-year-old cutting laps of Circuit de Barcelona-Catalunya, leaning into corners and opening the throttle down its main straight.

The presence of his crew chief is also notable, with Santi Hernandez holding out a pit board as though the outing was a genuine test session. 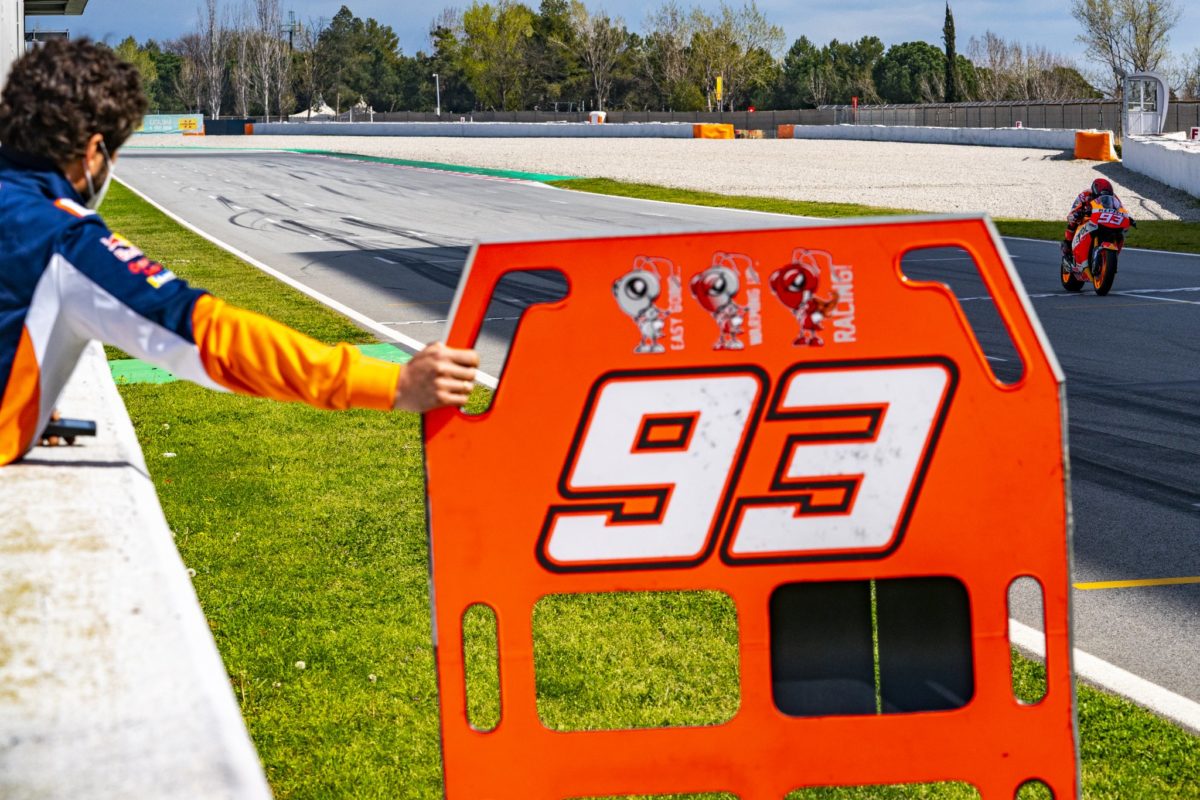 Santi Hernandez holds out a pit board for Marquez. Picture: Marc Marquez Twitter

Marquez himself later wrote on Twitter, “It has been a while since I enjoyed so much! #stepbystep”.

In the event that he cannot race at the start of the 2021 season, Stefan Bradl would continue to fill the breach having done so for the latter 12 grands prix of last year.

Marquez was charging back through the field after already once averting complete disaster in the first race of 2020 at Jerez before he crashed and was hit by his own bike in the tumble.

He attempted to compete at the same circuit on the following weekend despite surgery in the intervening period but abandoned that endeavour after qualifying, and has since had two more operations, the most recent in December to correct pseudarthrosis.