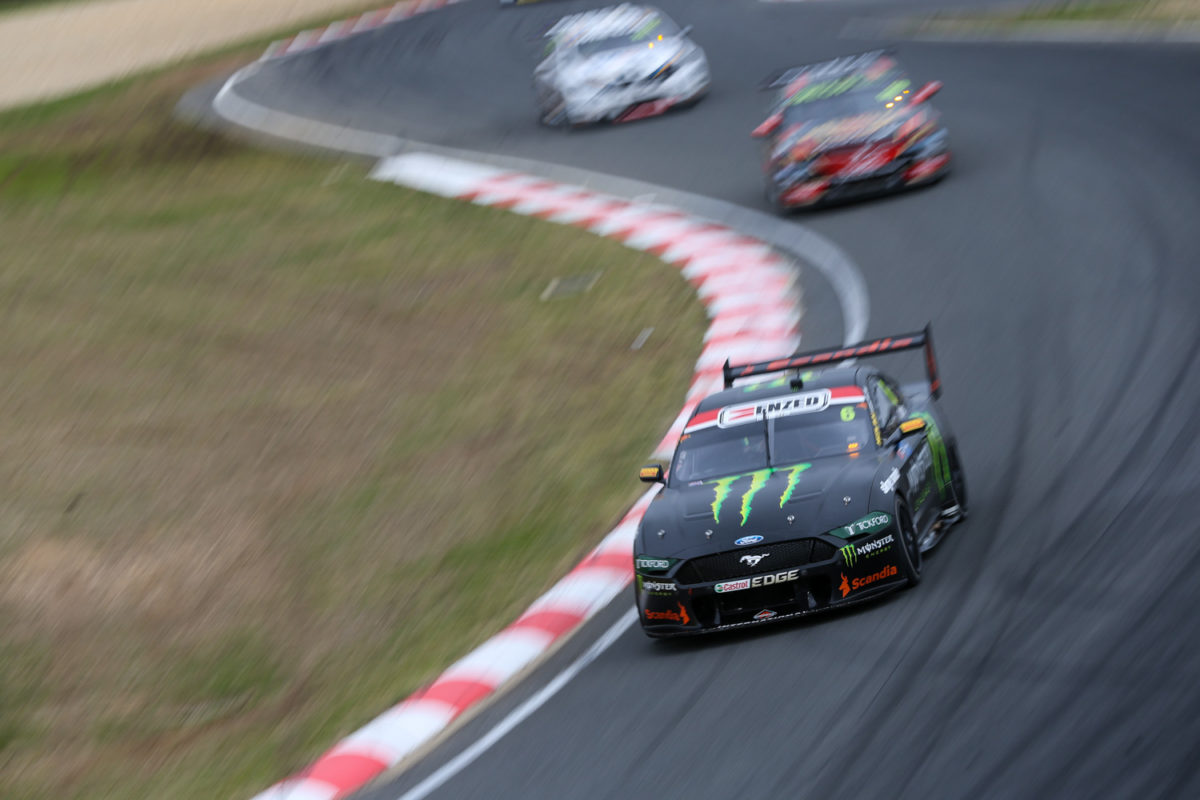 How exactly Supercars’ new split qualifying will work has been revealed with the release of the supplementary regulations for the Beaurepaires Tasmania SuperSprint.

The field will be split in two for at least part of each qualifying session which will be held at Symmons Plains, next month, and September’s Bunnings Trade Perth SuperNight at Wanneroo Raceway.

Adding to the mix, knockout qualifying is in place for Races 6 and 23 of the Repco Supercars Championship, the Saturday encounters at those circuits, while the grids for Races 7, 8, 24, and 25 will be set with single-part sessions.

Into Q1.A will go “the first Car from each 2 Car Team or grouped Team,” reads the supplementary regulations, while the respective second cars go into Q1.B.

Both are five-minute hit-outs only, which suggests that, even on a sub-60-second lap, there will only be time for one run.

The slowest four cars in each of Q1.A and Q1.B are knocked out, before Parts 2 and 3 of qualifying proceed largely, although not exactly the same, as before.

That is, all 16 remaining cars instead, instead of the 20 at other events where knockout qualifying is in place, go into Part 2 together, before the top 10 battle it out for position at the point end of the starting grid in Part 3.

Parts 2 and 3 are each 10 minutes long, the standard timing.

Grid positions 17 to 24 will be determined by fastest lap times regardless of whether a car was in Q1.A or Q1.B, while 16th and higher is set in the usual fashion.

See below for diagram 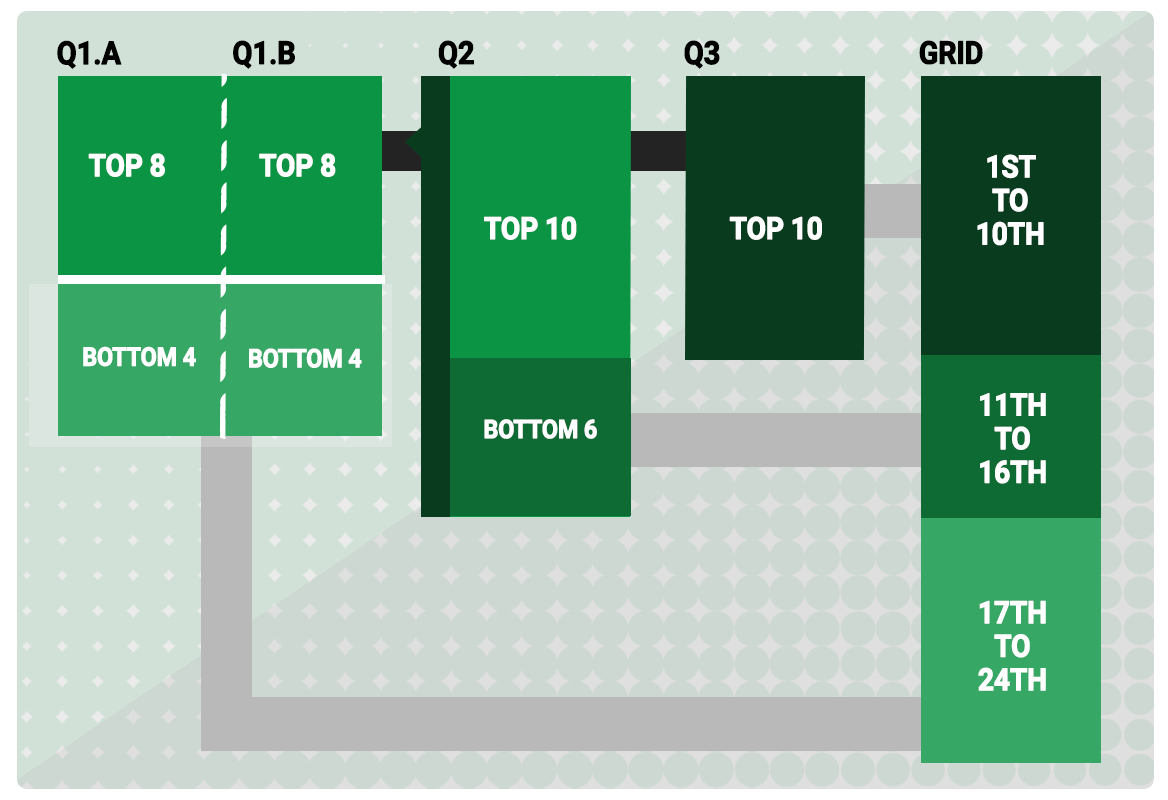 Each driver’s fastest lap from that running determines the starting grid for the corresponding race, per Supplementary Regulation 5.7.1, which reads as follows:

“Grid positions will be determined by combining the fastest lap time achieved for each Car in Q.A and Q.B with the final classification of qualifying from fastest Driver to slowest Driver.”

That disparity stands to reason because, unlike on Saturdays, there are no practice sessions earlier in the day.

Combining the two halves of the field

Supercars’ split qualifying system does deviate notably from that of another series, namely IndyCar.

When IndyCar splits its field into two for qualifying, the grid is set with regard to which half of the session a car went into.

That is, the cars from the same half of the field (or part thereof, when knockout qualifying is used) qualify on the same side of the grid by specification of the system; the faster half (as determined by fastest car in that half) on the inside and the slower half on the outside.

Although that raises the possibility of slower cars starting in front of faster cars, it also removes the variable(s) of track and weather conditions.

It should be noted, however, that Porsche Paynter Dixon Carrera Cup Australia will be on the support bill at Wanneroo.

The Dunlop-shod Supercars tend to react favourably when they follow Carrera Cup onto a race track with the Porsches’ Michelin rubber laid down, as is typically the schedule in the absence of Super2, which means Q.A might be the preferred half of qualifying.

All of that might become moot, however, if rain stops or starts falling between Q.A and Q.B.

A split-field format is not the only change to qualifying in this year’s Repco Supercars Championship.

Knockout qualifying more generally is also subject to change relative to last year’s version, with all cars going into Part 1 rather than the MotoGP-style system whereby the top 10 from practice (or a particular practice session) were granted direct passage to Part 2.