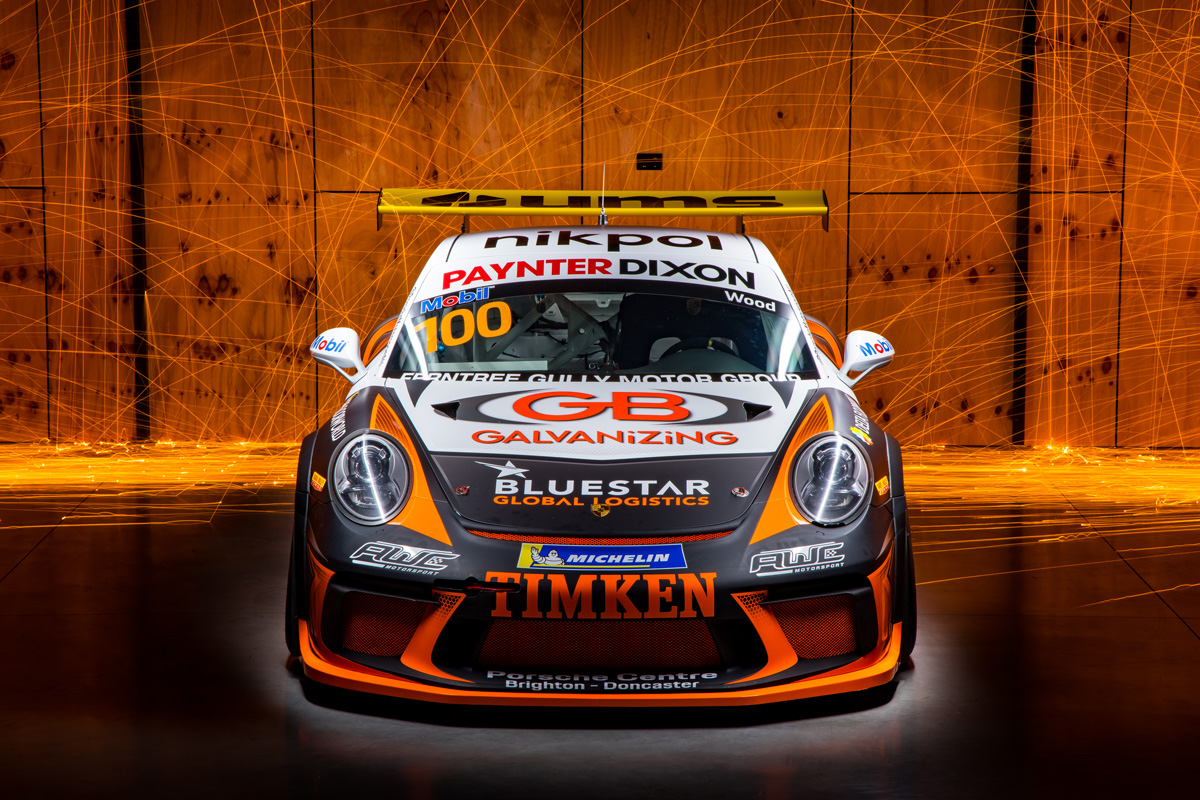 Porsche Carrera Cup regular Dale Wood has shown off his new colours for his maiden campaign with Ashley Seward Motorsport.

Wood has been a regular in the one-make series since finishing up as a Supercars full-timer at the end of 2017.

Wood has carried over long-term backers led by Timken and GB Galvanising to ASM, where he will continue running the #100.

“I’m really proud of it because there’s a real variety of supporters on there,” Wood told Speedcafe.com.

“You’ve got large global companies like Timken and then you’ve got your real grassroots small businesses like Delta Floorworld from Ballarat.

“Carrera Cup is something I’m passionate about in the sense that I love the fact you’re all in the same machinery so it really is a drivers’ category.

“It was a shame last year, we had a great programme ahead of us but obviously it all came to a screaming halt at the Melbourne Grand Prix.

“I think there were a lot of question marks about how motorsport in general would look and recover after all this – I actually think it is as strong as ever.”

Wood has frequently been a Carrera Cup frontrunner, including taking six wins in the opening nine races of 2018, and is hopeful of contending this year.

“I’ve got a new team and a new group of faces around me but we’ve had a couple of really good test days so I think the ingredients are all there,” he said.

“The team can definitely do the job, hopefully I can do the job, we have got a car that looks really sharp.

“Like I say, the whole lot is there, we have just got to put it all together and make sure we come away with that #1 at the end.”

His Carrera Cup efforts will offer strong preparation for teaming up with Brad Jones Racing ace Nick Percat at the Repco Bathurst 1000.

“I love the BJR team, there’s a real family country feel about that place,” said Wood.

“Nick is somebody I think that always bats above where he should… it will be a pretty exciting day come that Sunday in October when we get to race around there and I really hope we can come away with a pretty good result.

Wood will be in action at the Carrera Cup season-opener this weekend at Sandown.