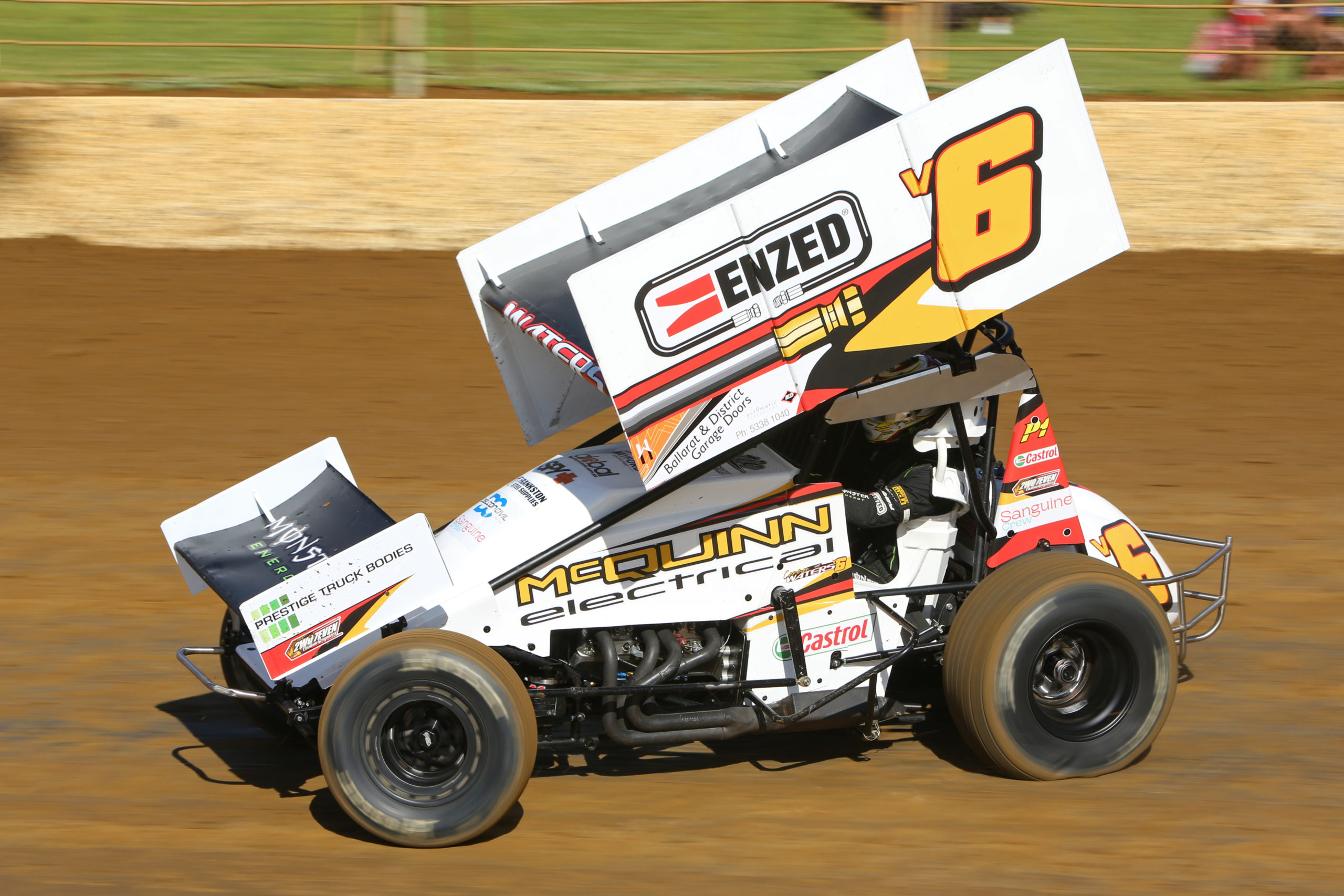 Cameron Waters has claimed his best Sprintcar finish to date, making it through to the A-Main at Premier Speedway in Warrnambool.

The Tickford Racing driver went on to claim finishes of seventh and a career-best second in his two Heat races.

However, Waters’ charge in the 30-lap finale would be blighted by damage suffered early in the piece.

With a damaged front wing, Waters gained one spot on his starting position to record a 12th place finish.

Waters’ efforts were aided by a pre-event test that he said gave him a boost in the lead-up to the event.

“We had a good test early in the week and this helped enormously so it was very satisfying for the whole team to make the A-Main,” said Waters.

“It was a shame to suffer damage early on because I’m sure I could have claimed a spot in the top 10.

“But running strong for the whole race distance was a great learning experience and one I feel sure we can build on next time out.”

The Monster Energy Racing driver’s next outing on the dirt will be at Nyora Speedbowl, Victoria for the Sprintcar All Stars Series on March 27.