POLL: Which F1 team has made the biggest step?

POLL: Which F1 team has made the biggest step?

With Formula 1’s sole pre-season test now complete, in this week’s Pirtek Poll we want to know which of the 10 teams you think has made the biggest step forward for 2021.

Just three days of running was afforded to the field ahead of a record 23-race calendar.

Reading much into lap times at this juncture often proves foolhardy, with instead reliable and consistent running proving far more important.

That’s not to say lap times don’t count, but with no visibility on fuel loads or setup, comparative performance is difficult to gauge.

With that in mind, check out how each team fared below before casting your vote for the one you think has made the biggest step forward for the 2021 Formula 1 season. 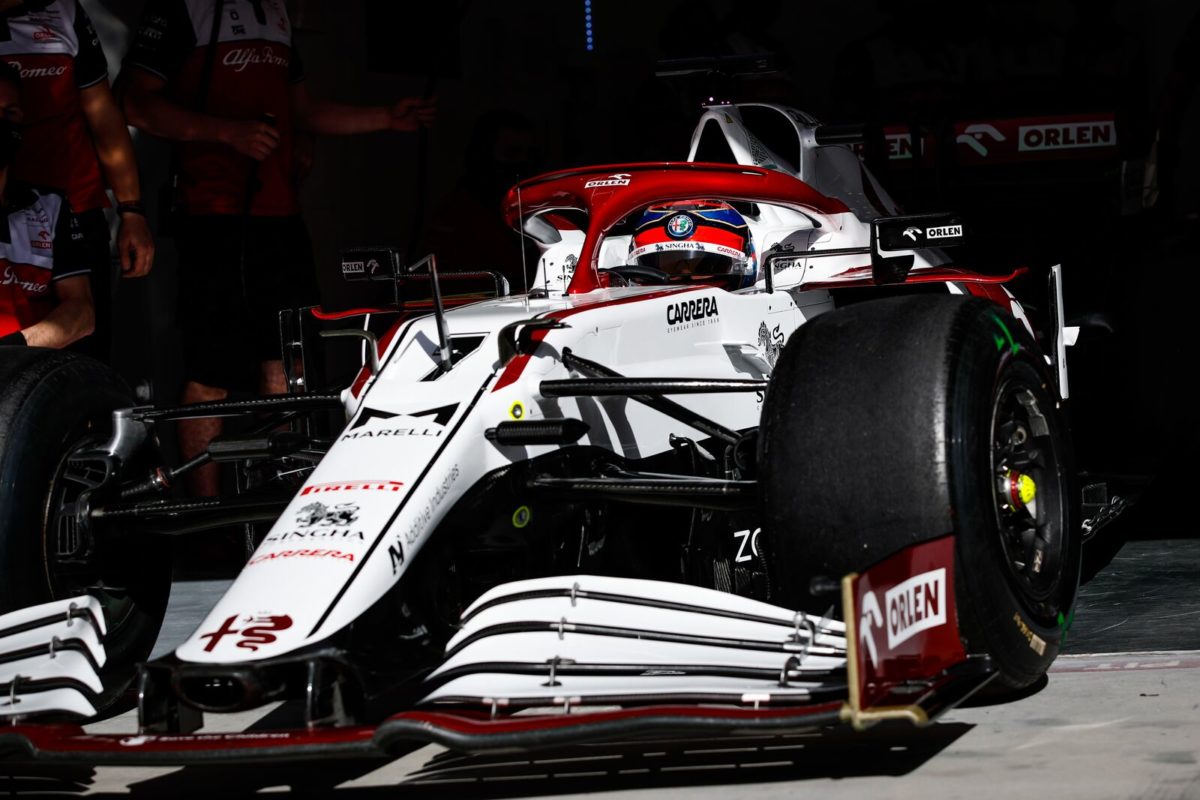 Kimi Raikkonen recorded a staggering 166 laps on the final day of testing, helping Alfa Romeo to the equal highest amount of running of all teams.

Sporting the new Ferrari 065/6 power unit there were no major issues, and the new engine does seem an improvement.

There was little more to report out of the Sauber garage, which ran without team boss Frederic Vasseur for the duration of the test. On the opening morning it recorded a session-high 74 laps before Yuki Tsunoda struck trouble that afternoon.

However, it quickly recovered from that and recorded a total of nearly 2300 kilometres of running – equal with Alfa Romeo as the most prolific of the test.

Honda’s new engine appears to have made a step forward, evidenced by Tsunoda pushing Max Verstappen for fastest lap on Sunday evening.

That was on a set of softer compound tyres, but it was encouraging, nonetheless. 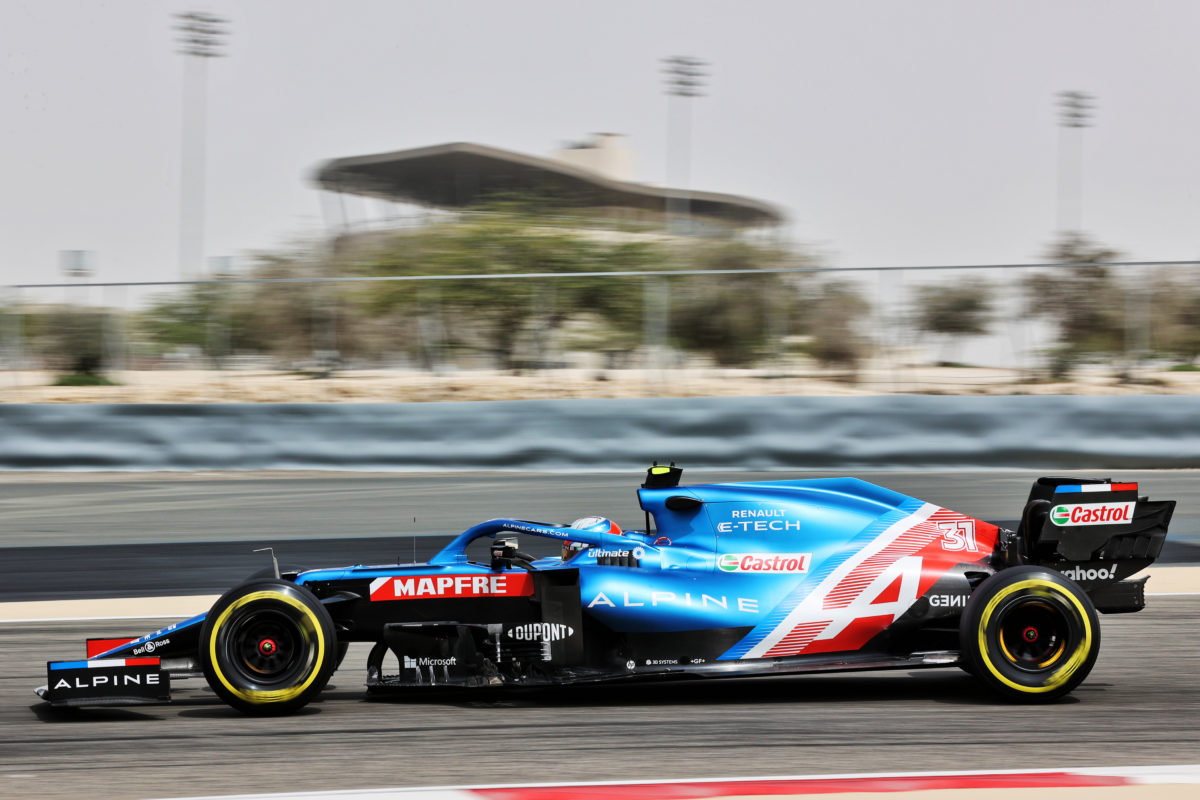 The sole Renault-powered team on the grid, the rebranded operation welcomed the return of Fernando Alonso to the F1 field.

It’s test started well, with Esteban Ocon logging 129 laps on the opening day, before Alonso took over on the second day to log another 128.

The Spaniard gave a glimpse of the A521’s potential on Saturday morning, when he traded fastest times with Daniel Ricciardo, but otherwise Alpine flew under the radar.

Nonetheless, with 396 laps of trouble-free running, it was a positive start for the Anglo-French squad. 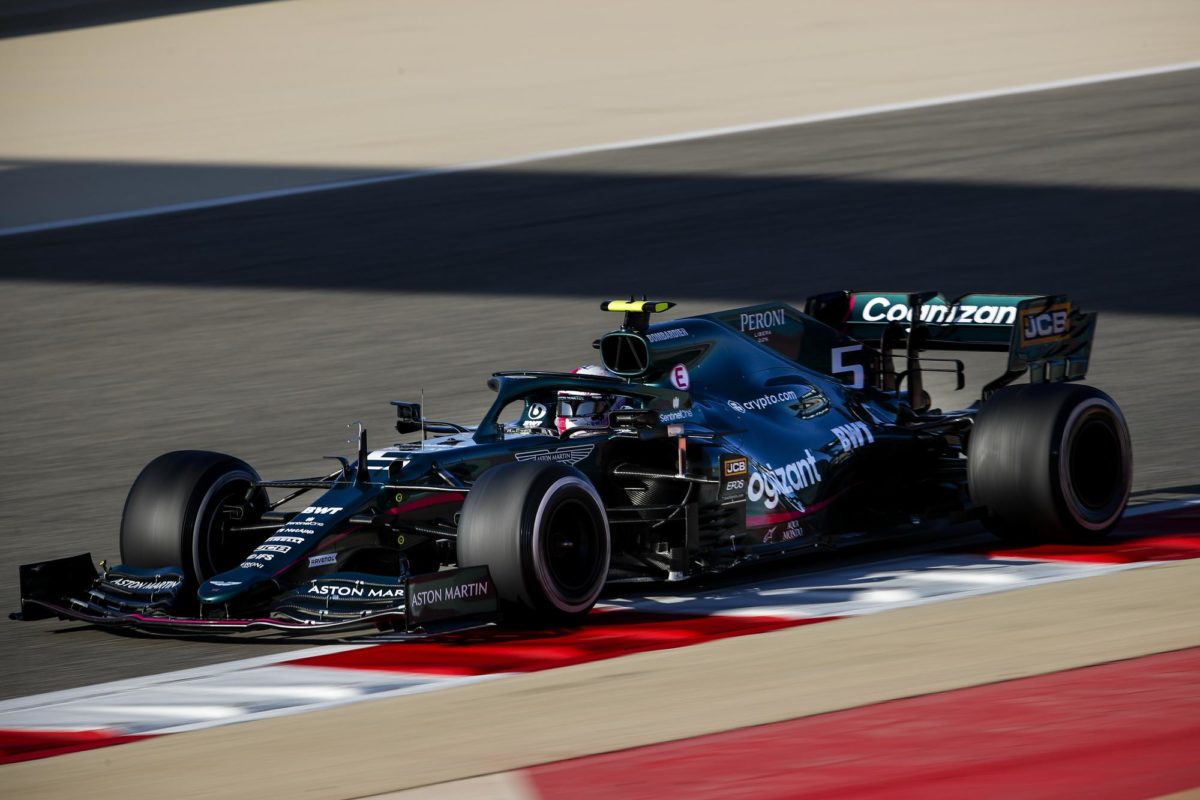 Mileage at this time of year is critical, and Aston Martin recorded the second lowest number of laps of any team in the field.

It was a delay which cost the team perhaps 40 laps, about 10 percent of the total running attained by most teams across the entirety of the test.

It was also the second Mercedes gearbox-related issue of the test, though the other occurred for the factory team on the opening day.

Lance Stroll ended Saturday third fastest though, suggesting there is some pace in the AMR21. 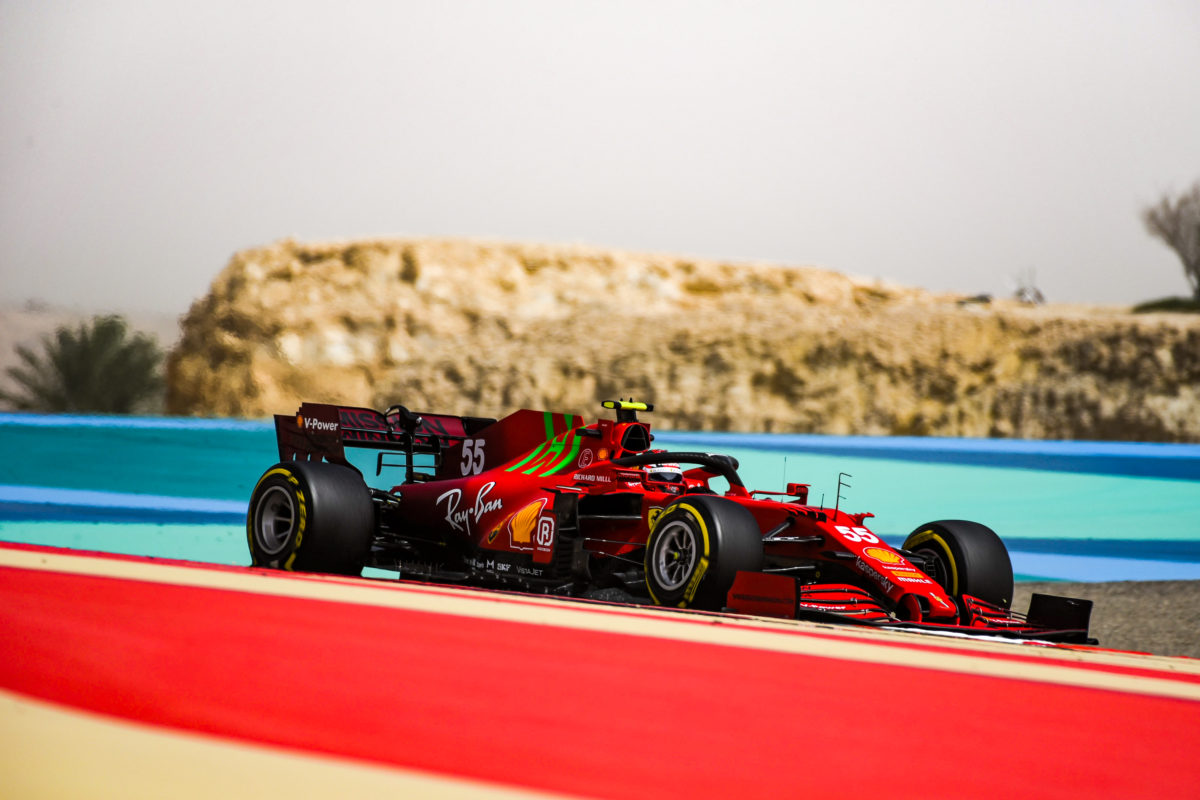 Conditions in Bahrain throughout the test were blustery, especially on the opening two days, making for aerodynamic assessment difficult.

It was noticeable, however, that the Ferrari duo of Charles Leclerc and Carlos Sainz were having to work far harder in their cars than the Red Bull or Mercedes drivers were.

Importantly though, the new car ran without issue.

The 2021-spec power unit was faultless and the repackaging the team was able to do at the rear of the car ran without trouble. The 2021 season is expected to be a tough one for Haas, which has openly admitted that it will end the year with the same car as it begins. There will be no development.

With regards to testing, aside from a hydraulic issue for Mick Schumacher on the opening day, things ran more or less seamlessly.

That’s good news because the team only fired up its car for the first time in Bahrain in the days prior to the test.

Its two rookie drivers never featured towards the top of the timesheets – not that they count for much at this point – but did combine to just about hit the magic 400 marker in terms of laps over the three days.

Solid running, but not trouble free. 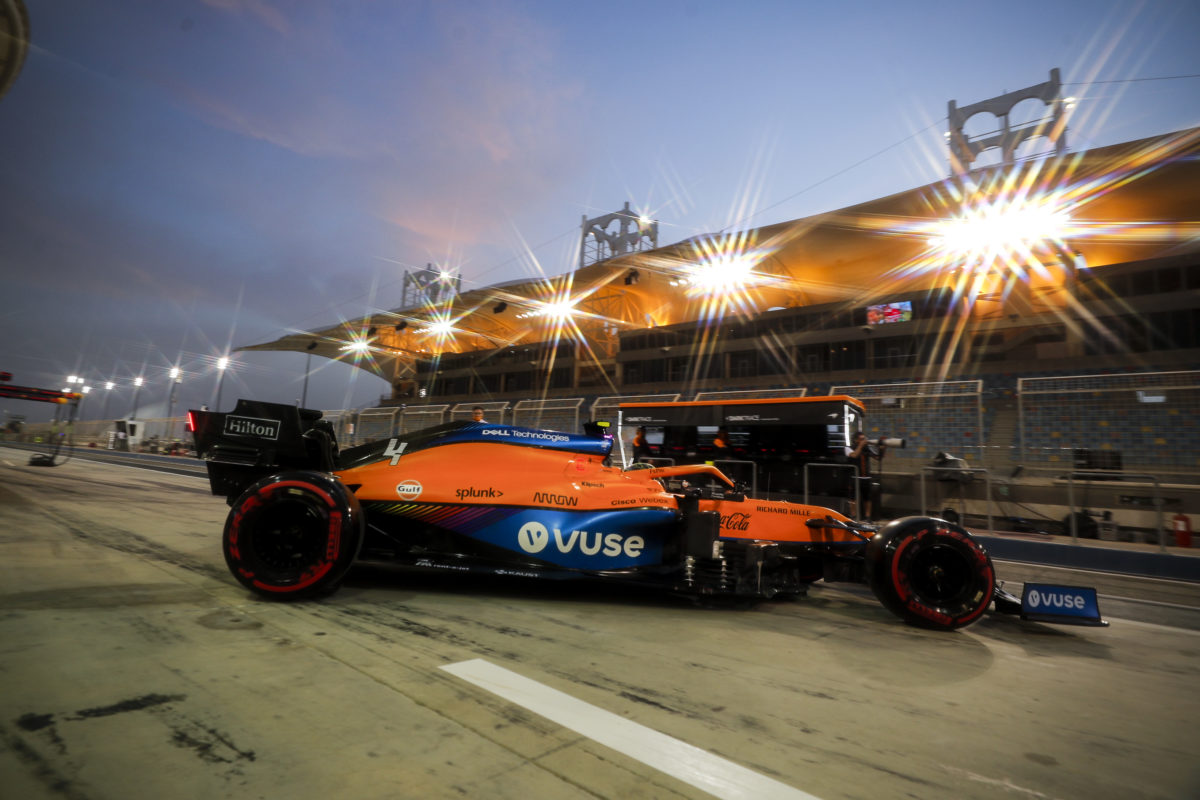 It was something of a Hollywood showing from McLaren as Daniel Ricciardo and Lando Norris put it towards the top (or on top) in most sessions.

Internally the team is happy with the programme it completed, which ran without hiccup despite the switch in power unit suppliers for the coming season.

The addition of the class-leading Mercedes engine will be something of a bonus, but we’ve seen improvements from Honda too which may move the front end of the grid just out of reach.

One notable addition to the car however was a unique interpretation of the rear diffuser that had rival teams taking notice.

There are undoubtedly positive signs out of McLaren, and the drivers seem happy. After three days of testing, what more can a team ask for? It wasn’t a good start for last year’s world championship winning team. On the opening lap of its test a gearbox issue sidelined Valtteri Bottas for some three hours.

That lack of running hung over the squad for the balance of the test as it completed the least laps of any of the 10 teams.

There is, of course, inherent pace in the car; Bottas went fastest on Saturday afternoon and the car looks far more stable than many of its rivals.

However, whether Mercedes enjoys quite the dominance it did last year is unclear. Others look to have made progress and there were of course two Mercedes-related gearbox issues. 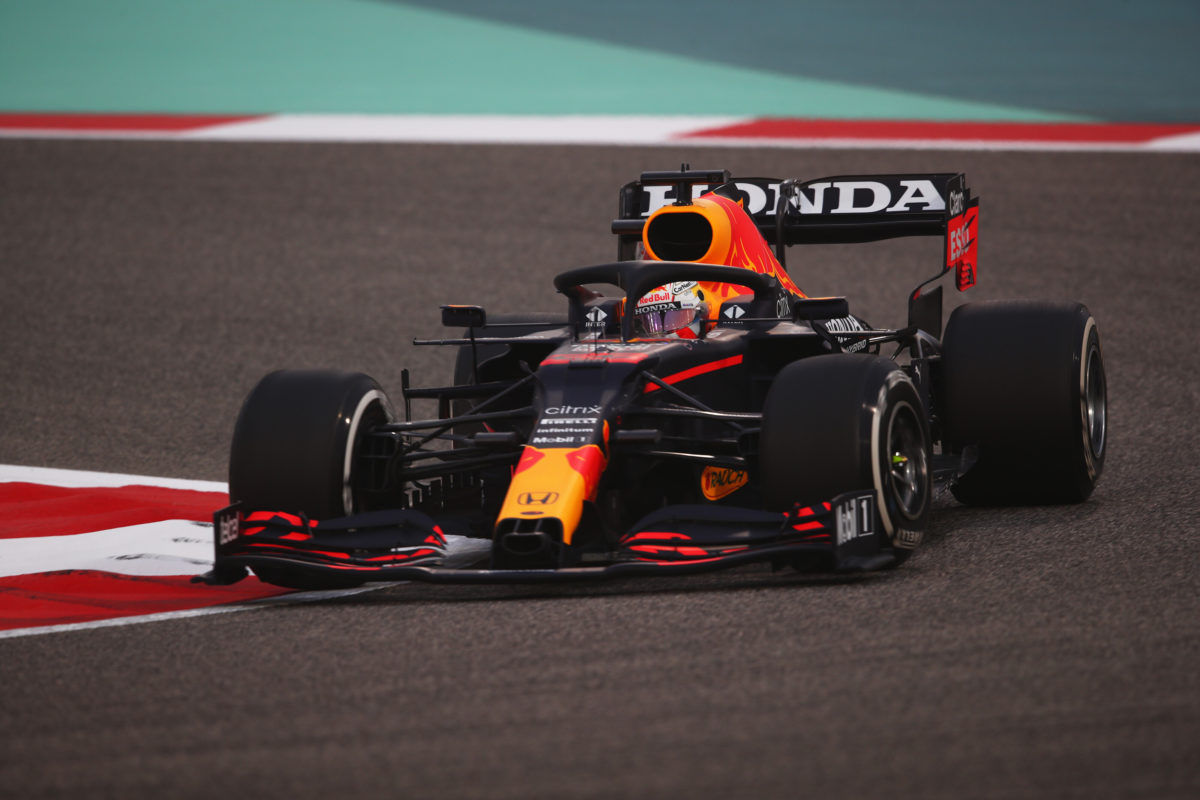 While McLaren stole the headlines, there is no doubt that Red Bull was the standout performer of pre-season.

Max Verstappen ensured the squad ended the test on top, after setting the fastest time on Friday.

But while the pace was impressive, and we must always be careful in testing, of greater importance was the sheer volume of laps the team recorded.

Verstappen managed 129 on the opening day, and Sergio Perez 117 on the second. Another 113 between the pair on Sunday meant the team ended proceedings with just under 2000 kilometres of running.

Strong pace, excellent reliability, and a comfortable looking RB16B. It’s near on the perfect start for Red Bull. 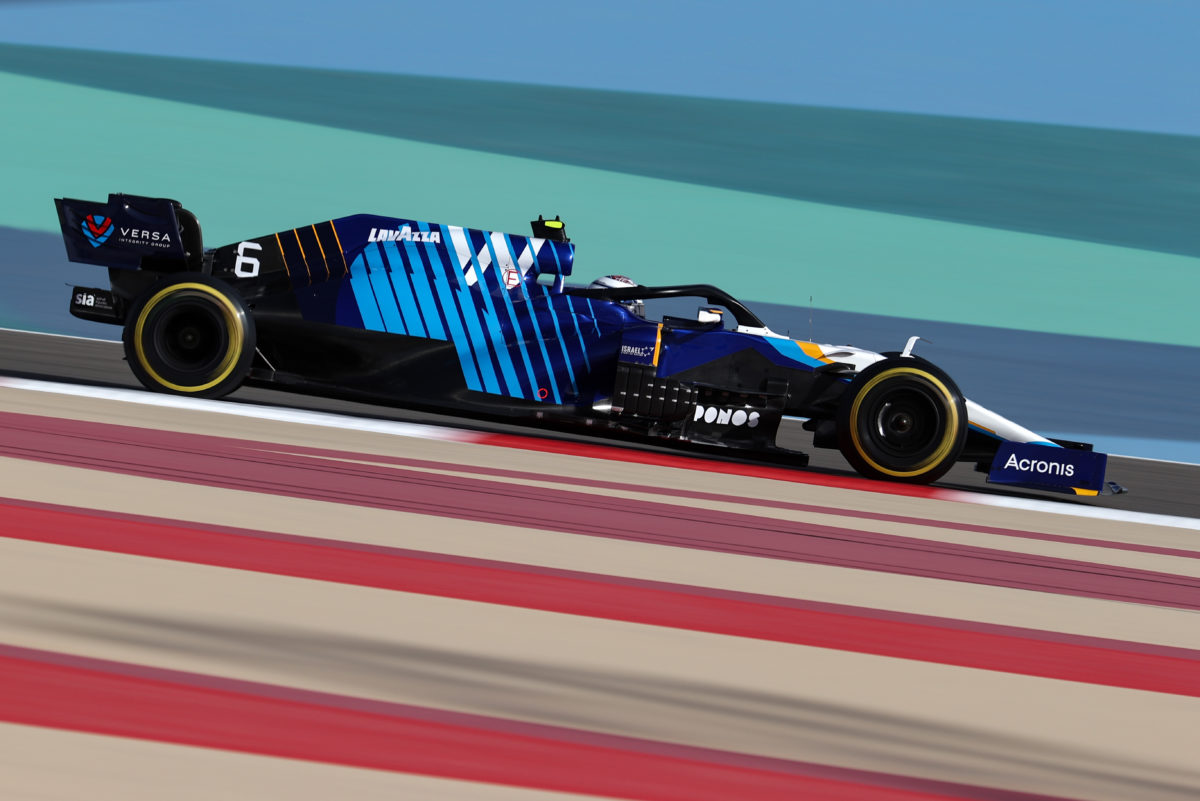 Little is expected of Williams for the forthcoming season after a tough 2020 campaign.

Sporting more Mercedes componentry that it has previously, the squad managed to complete its pre-season running without issues.

That included a day for development driver Roy Nissany at the start of the test, with Nicholas Latifi picking up the mantle on Day 2.

It was then left to George Russell on the final day to complete the programme which netted a total of 373 laps – just over 2000 kilometres of running.