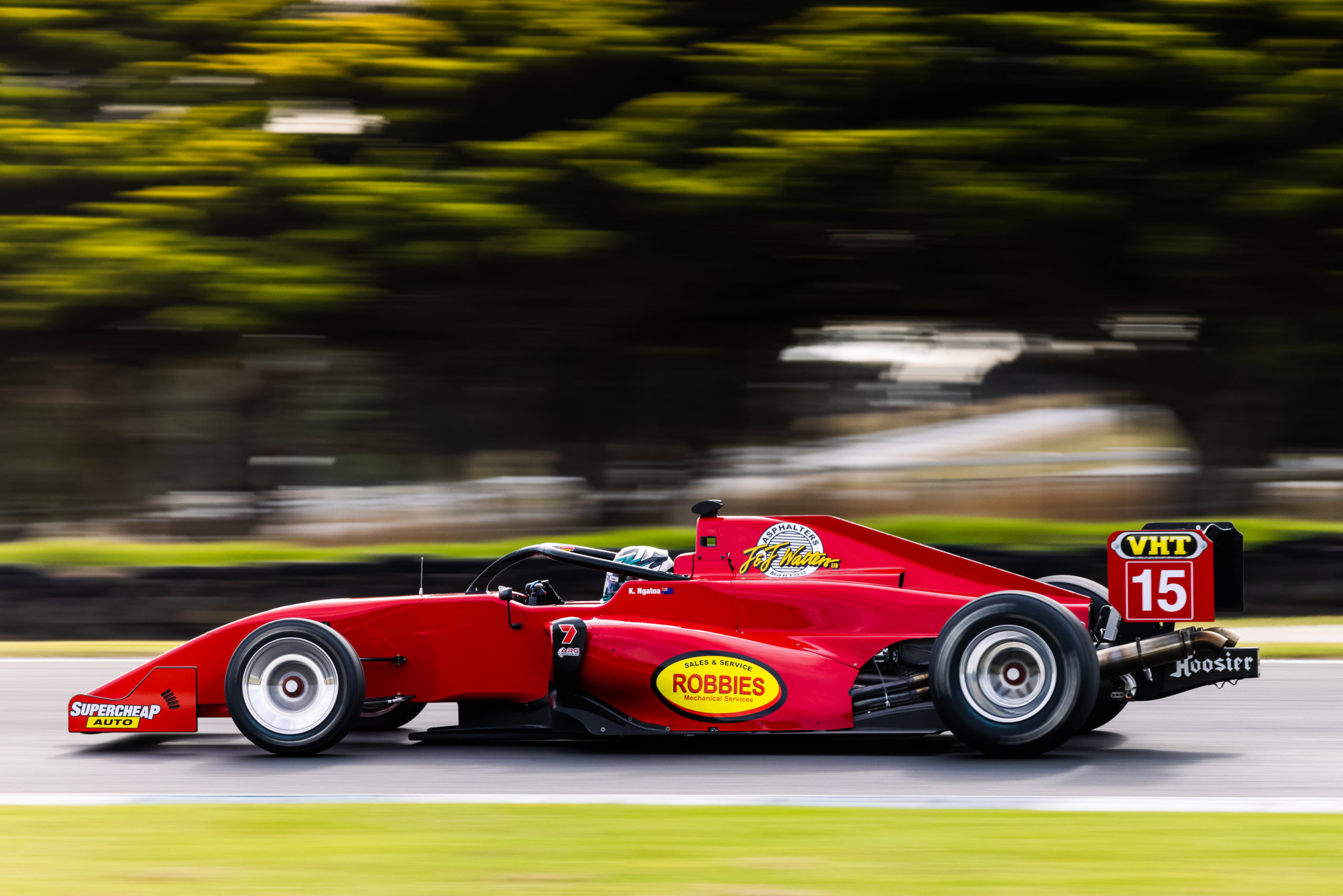 Kaleb Ngatoa has his focus firmly on success at Sandown after an impressive debut against all odds in the VHT S5000 Australian Drivers’ Championship.

Coronavirus travel restrictions threatened to derail his late inclusion to the second round of the championship at the Phillip Island Grand Prix Circuit.

That saw the 19-year-old go into qualifying having not cut a lap in the 5.0-litre V8-powered S5000 single-seater.

“I managed to get a flight before so we would have made testing, but then that got delayed,” Ngaota told Speedcafe.com.

“We flew in, missed all of testing, then jumped straight into qualifying. It was a bit interesting.

“My first experience jumping in the car was pretty incredible, to be honest. The first time I put my foot all the way to the floor I thought, ‘shit, there’s a lot of power!’

“It’s got a lot more than anything else that I’ve driven before. The mechanical grip in the car is just amazing. I really enjoyed it.” 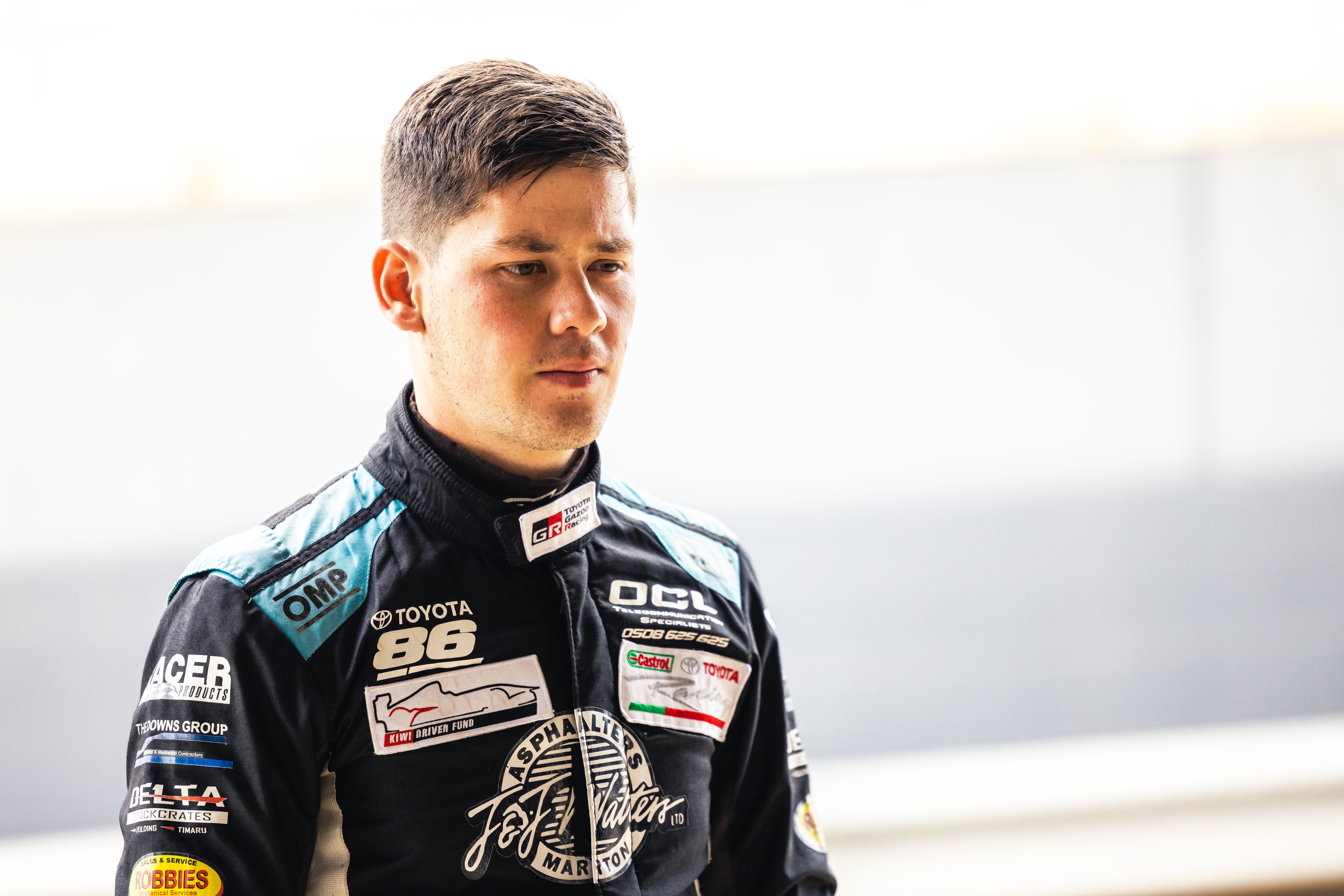 The Kiwi had a troubled Heat 1, a puncture relegating him to the pit lane early in the piece and saw him finish a lap down.

Having started and finished in eighth place in the first race, Ngatoa started Heat 2 from pole position courtesy of the reverse grid top eight.

Ngatoa faded initially after a slow getaway in wet conditions. He began to make headway only to DNF after a driveshaft failure on Lap 7.

After a rocky start to the weekend, the Marton-born pilot shone in Sunday afternoon’s feature.

Starting from the rear, Ngatoa drove through to be in contention for a podium finish in the closing stages of the crash-shortened, nine-lap affair.

With little to lose, Ngatoa attempted a pass on Thomas Randle at Turn 1 but got loose and fell off the road and dropped to eighth.

Despite a somewhat lacklustre looking scorecard by the weekend’s conclusion, Ngatoa was happy to have been fighting near the front by the end of proceedings.

“It was the most fun I’ve had in a long time,” Ngatoa said of the feature event.

“In the old days, you start in the karts off the back just to try and make your way to the front, do some passing, have some fun, and that’s exactly what it felt like.

“We had really good pace. I was just putting it around the outside of people at some pretty crazy corners. I went around Thomas Randle at Lukey Heights. I was pretty proud of that.

“I got up to fourth from 11th and I thought I might as well try for that one more. I just tried it and Randle did a really good job at defending and I got on the marbles a little bit, which washed me out off track and I lost a few positions.

“I enjoyed it so much that I honestly didn’t mind where I finished. I’m feeling so much more comfortable. Now I’m just really looking forward to Sandown and really giving it to them.”

Ngatoa now has his sights set on the penultimate S5000 round at Sandown International Motor Raceway this weekend.

Having cut down an initial 3.2s fastest lap deficit in qualifying to 0.9s in the final race, Ngatoa believes he can be a contender at Sandown with more time in the car.

“The team obviously said, ‘don’t expect too much, it is your first time in the car’, but any race driver doesn’t want to be sitting at the back,” said Ngaota.

“I was pretty keen to get up there. Some of the other guys I don’t think expected me to catch on, but I said to Joey and Thomas that I’ll be there at Sandown.

“I’m really looking forward to it and hopefully we can bring it to them. I’d love to do that.”

Ngatoa is being backed by the Giltrap Group, the same entity behind the likes of 24 Hours of Le Mans winners Brendon Hartley, Earl Bamber and Formula E driver Mitch Evans.