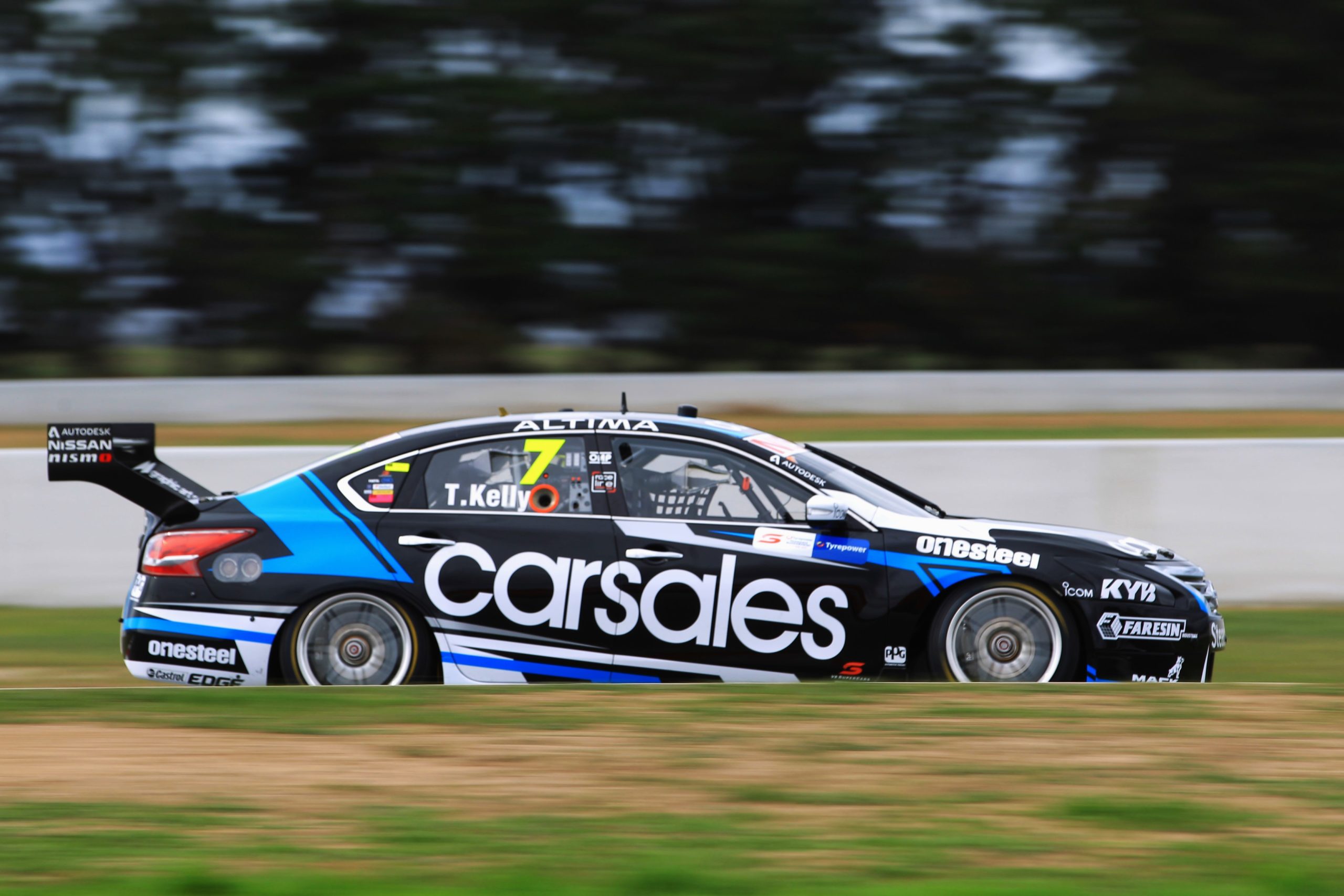 Todd Kelly in the #7 Nissan Altima

Todd Kelly’s last Supercar has returned to the track for the first time since undergoing a restoration.

The Kelly Racing-built Nissan Altima has been reverted to the livery in which it ran throughout its penultimate Supercars season in 2016.

Mechanically, the car has been restored to the set-up that it raced with at the 2017 season-ending Newcastle 500.

The car featured dual liveries in the 2017 season finale, with a tribute design unveiled on the Sunday morning of Kelly’s last race in Supercars.

Last week the car returned to the track, cutting laps at The Bend Motorsport Park for the first time.

Kelly Racing, as it was known then, ceased using the Nissan platform at the end of 2019 to switch to Ford.

The team downscaled its four-car team to just two entries for 2020 with Andre Heimgartner and Rick Kelly at the helm.

Based out of Braeside in Melbourne, Kelly Grove Racing retained two of its Supercar chassis, one of which is currently incomplete.

While the Altima is no longer used in the Repco Supercars Championship, the platform lives on in the Dunlop Super2 Series.

A post shared by The Bend Motorsport Park (@thebendmotorsportpark)