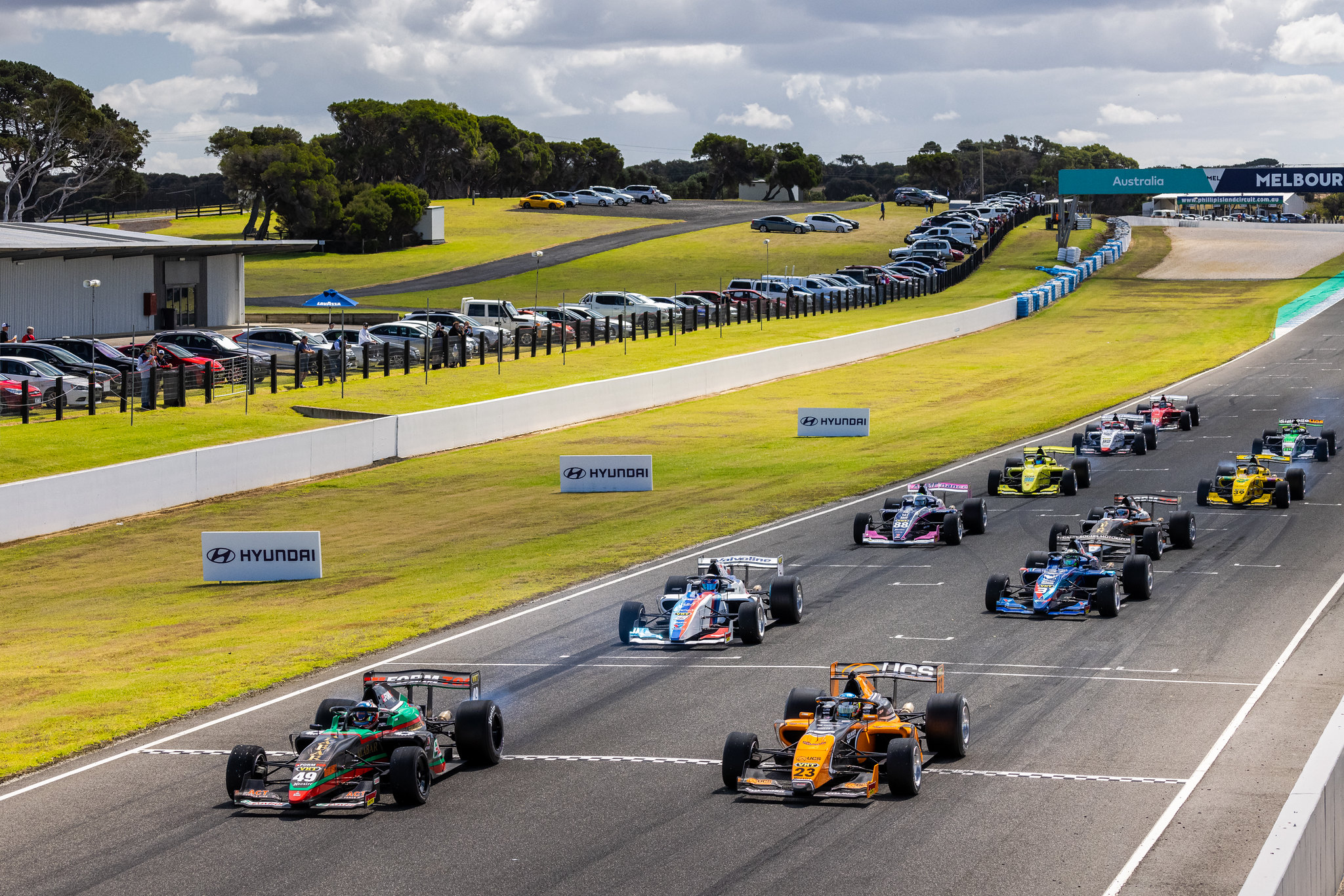 Thomas Randle will not be penalised after a spectacular clash with Nathan Herne in the VHT S5000 Australian Drivers’ Championship Main Event race at Phillip Island.

Starting from pole position, Randle moved to driver’s right as the field got up to speed heading towards Turn 1 after initially leaving a gap to the edge of the circuit.

This blocked Nathan Herne’s path as the Team Valvoline GRM driver carried a run of speed but had nowhere to go, spearing into the back of Randle’s Castrol Racing entry.

The nature of the crash launched Herne’s car up into the air before it violently landed back down on the ground and came to rest on the run down to the first corner.

Stewards investigated the chain of events but deemed it a “racing incident”, according to an S5000 spokesperson, with Randle escaping any penalties.

Herne climbed under his own power from his damaged #29 machine and was taken to hospital for precautionary checks.

A video was posted to Herne’s Instagram account, with the 18-year old speaking while in transit wearing a neck brace.

“I got a good start and the bloke in front of me decided not to let me past and yeah.

“Going to hospital for precautionary checks but apart from that, we’re all good.

“Just thought I’d let you all know so no one stresses.”

Joey Mawson went on to win the Main Event (feature race) when it resumed after a red flag period, while Randle still leads the championship by six points.

Watch on 7mate or 7plus pic.twitter.com/Kt7auuCHrq