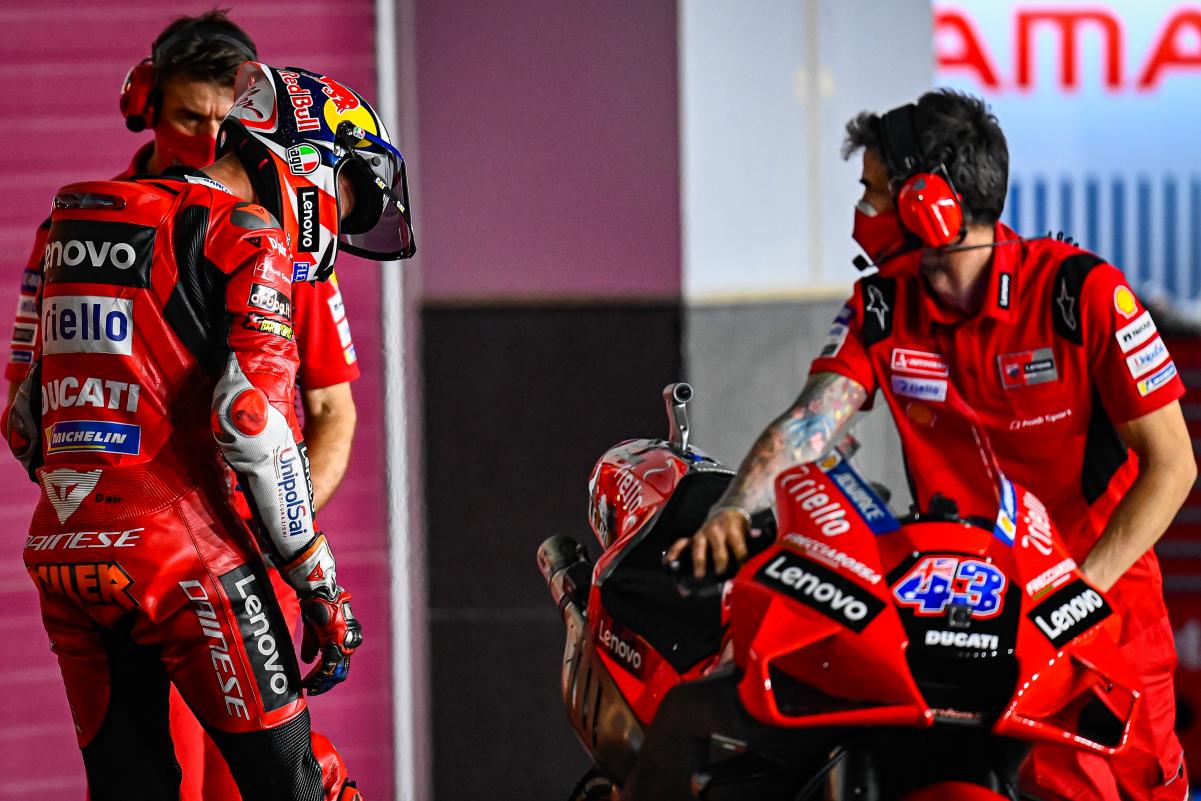 Jack Miller believes that the season ahead represents his “best chance to date” to add to his maiden MotoGP race win of almost five years ago.

The Australian took a shock victory in a wet Dutch TT in 2016 aboard a Marc VDS Honda, but had to wait until the 2019 Grand Prix of The Americas for his second premier class podium.

He has now graced the rostrum 10 times in MotoGP, including second placings in each of the last two grands prix to have been run, and by a deficit of only 0.093s to winner Franco Morbidelli in the former of those.

After that strong finish to life at Pramac Racing, Miller began has tenure as a factory Ducati Lenovo Team pilot by setting the pace in pre-season testing with an unofficial lap record at Qatar’s Losail International Circuit.

The 26-year-old feels that another race win is closer than ever, perhaps as close as Round 1 or Round 2 at Losail, although he is hoping to also consistently be in the fight.

“Yeah, we had some close chances last year, but for sure, best chance to date; let’s say that,” remarked Miller.

“I don’t want it to be like a one-and-done sort of thing, I’d like something to build on.

“But I feel prepared, as prepared as I can be for the grand prix here.

“I feel like we’ve done all the work, everything we have needed to get through or test, I have done,” he added.

“And everything I’ve wanted or needed from the bike, we’ve sort of found our way around it, to give me that sort of feedback.”

The Ducatis were already well-suited to Losail due to their astonishing top speed but have generally been regarded as inferior at turning, even if that is a point that test rider Michele Pirro disputes.

Miller, who was given latest-spec Desmosedicis for his latter two years at Pramac, nevertheless thinks the Bologna factory has made improvements with its 2021 package.

On his key conclusion from the five days of testing in Qatar, he commented, “Just my confidence I feel in the front end, to be honest; how I’m really able to let the brakes off and let the bike really roll and carry some decent corner speed.

“I haven’t really had that confidence in this thing ever, and especially through the faster corners, [Turns] 12, 13, 14, 15, just letting the brakes off and really letting the bike hook in and turn, it feels fantastic.

“So that’s definitely the biggest bonus for me riding here in Qatar, and really being able to take the maximum out, using all the track, using all the kerbs, both inside and outside and just really making the most of it through there, it feels really good.

“And, of course, having good speed is nice too.”

Although only 14 MotoGP races were held last year, compared to the 20 scheduled before the pandemic hit, there were nine different winners, representing four of the six factories.

Suzuki won the riders’ championship courtesy of Joan Mir, who did not pick up a victory until the third-last round of the campaign, but was relatively quiet in the pre-season just done.

Miller still makes the Hamamatsu bikes to be a threat, as well as the Yamahas with which he vied for bragging rights in the desert in recent days.

“It’s hard to say. I don’t feel like Suzuki have really shown their cards at this test,” he said of a favourite for 2021.

“I don’t know what you guys feel there, but I think they’re a threat nonetheless.

“And then both those factory Yamahas for sure, Fabio [Quartararo] and Maverick [Viñales] have been quick all the test. But we’ll wait and see in race conditions how they get on.

“Pol [Espargaro] on the Honda seems to be doing a pretty solid job here so far, so I think he’s definitely impressed me probably the most out of everyone I think. But the main thing is I think Yamaha and Suzuki.

“Frankie [Franco Morbidelli], I put him in the same boat as the [factory] Yamahas, I feel like he’s just keeping his powder dry, not really showing us too much at the moment, but I think he will be there in the race for sure.

“We know how Frankie is in the races, and he’s a fantastic racer. I feel like sometimes more of a racer than any of the testing or anything like that, this guy’s a real racer. So for sure he’s there at two o’clock [race start time].”

The Qatar Grand Prix opens the season on March 26-28 (local time), followed a week later by the Doha Grand Prix at the same circuit.