Mercedes has bounced back from its difficult Friday to top Day 2 of Formula 1 pre-season testing in Bahrain as McLaren continued to impress.

Valtteri Bottas left the Anglo-German operation atop the timesheets on a day which saw teams log more than 1200 laps between them.

Mercedes added 116 of those 58 apiece for its two drivers, almost three times what it managed on the opening day.

The Finn’s time came in the afternoon session, as track conditions cooled.

McLaren’s strong start to testing was backed up by another solid day; Daniel Ricciardo fastest in the morning session before Lando Norris ended the day fourth best.

The pair completed 52 laps each, bringing McLaren’s total for the test to 195 thus far.

Ricciardo swapped fastest lap of the morning with Fernando Alonso (Alpine) for a time before setting the session’s benchmark at 1:32.215 in hot conditions.

Lewis Hamilton completed the morning’s running for Mercedes, the seven-time world champion spinning midway through the four-hour session to beach the W12 in the gravel at Turn 13.

It drew the red flag while the car was retrieved, the Englishman able to return to the track later in the session as he went 15th fastest for the day – eighth best of the morning’s 10 runners.

Hamilton wasn’t alone as a number of drivers had moments, or complete spins, in the blustery conditions.

Nicholas Latifi found himself off the road on a number of occasions, while Carlos Sainz slid off the circuit at Turn 7.

A moment for Sergio Perez saw his Red Bull RB16B shed its engine cover on the front straight.

The Mexican had been following Nicholas Latifi before pulling out from the Williams’ slipstream, the engine cover disintegrated as he did. 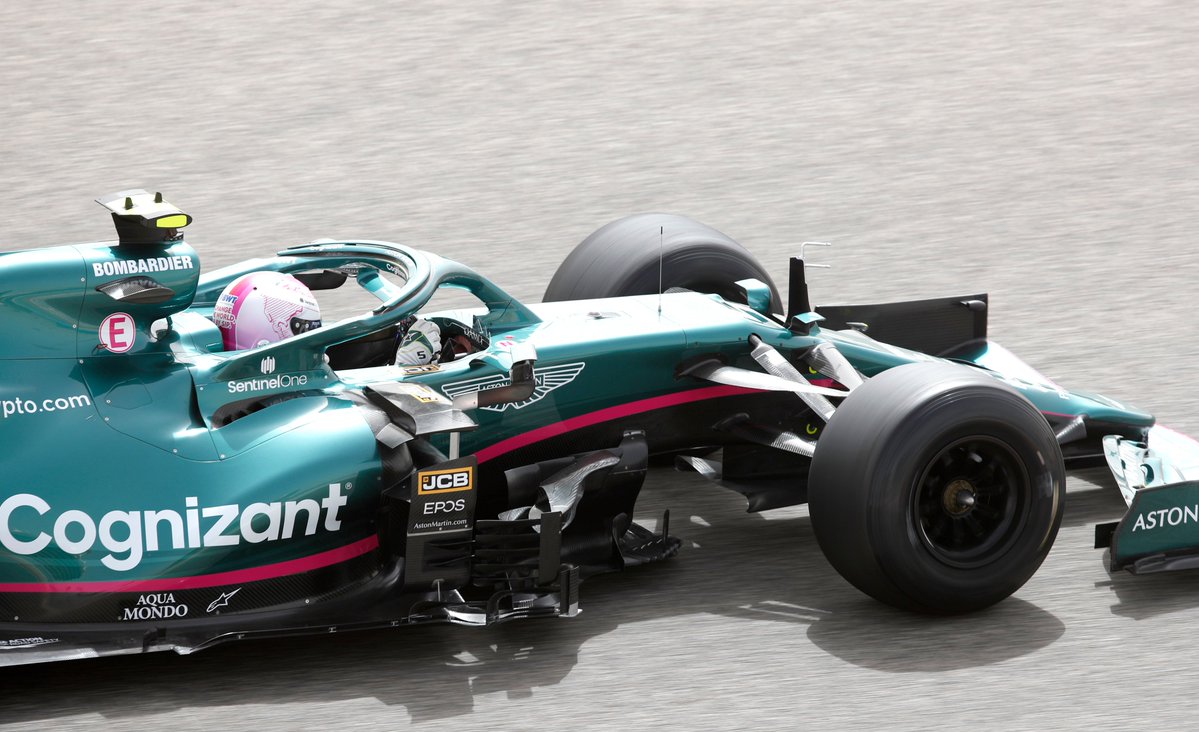 Sebastian Vettel spent much of the morning session in the garage after suffering a gearbox issue in the Mercedes-powered Aston Martin.

The German had logged just six laps before the problems struck, promptly a lengthy delay as the team repaired the car.

He was able to return to the track late in the morning, though managed a total of just 10 laps.

It’s the second Mercedes gearbox issue of the test after Bottas lost time on Friday.

Consequently, Aston Martin and Mercedes have the lowest number of laps to their names across the test thus far; 178 and 164 respectively.

By contrast, two busy days for Alonso and Esteban Ocon have left Alpine with a total of 257, one more than Alfa Romeo and Red Bull, and two more than AlphaTauri.

Latifi was the second day’s busiest driver with 132 laps to his name, closely followed by Alonso (128), and Antonio Giovinazzi (125 for Alfa Romeo).

Pre-season testing concludes tonight with the third and final day of running.