Porsche Michelin Sprint Challenge Australia’s Round 1 enduro at Phillip Island has been red flagged due to a sizeable opening lap crash.

Three drivers were involved in the tangle as the field ran from Southern Loop into Stoner Corner in Race 3, which forms part of the Jim Richards Endurance Championship that is fought for within the broader title contests.

Among them was Ross McGregor, whose extrication from his damaged 911 GT3 Cup car took some time in order to ensure that it was completed safely.

He is reported to have been taken away for medical checks, which is standard procedure in any event.

The incident occurred when Michael Hovey and Jonathan Gliksten came together, which moved them into the path of the following McGregor.

The latter two ended up impacting the infield tyre barrier before McGregor came to rest on the opposite side of the circuit.

A Safety Car was called immediately, before red flags were waved as the field trundled around for Lap 2.

It was ultimately determined that the race would not restart.

Ryan Suhle and Callum Hedge shared the wins in the two races which took place on the preceding day.

Suhle and Bayley Hall made for a McElrea Racing one-two in Race 1, the former getting the jump from pole position and ultimately winning by 1.5s after 13 laps.

Hall had a race-long battle with Courtney Prince (Sonic Motor Racing Services), who would take the chequered flag in third.

Heavy rain his Phillip Island in time for Race 2, which started under Safety Car.

Suhle quickly established a lead of multiple seconds when the field was released, but spun at the Turn 4 Hairpin on 4.

Prince inherited the lead but would be overtaken by Hedge (Team Porsche New Zealand) on Lap 7 and later rotate herself.

Round 2 of Porsche Michelin Sprint Challenge Australia takes place at Sydney Motorsport Park, also on the Motorsport Australia bill, on May 1-2. 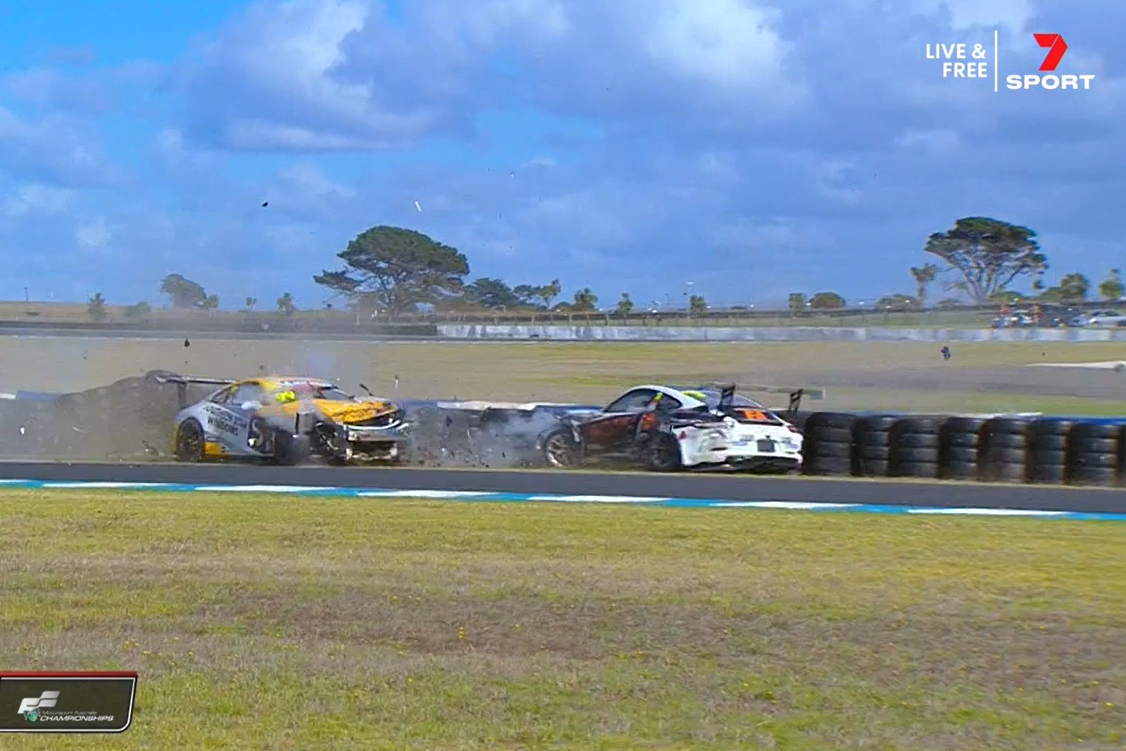 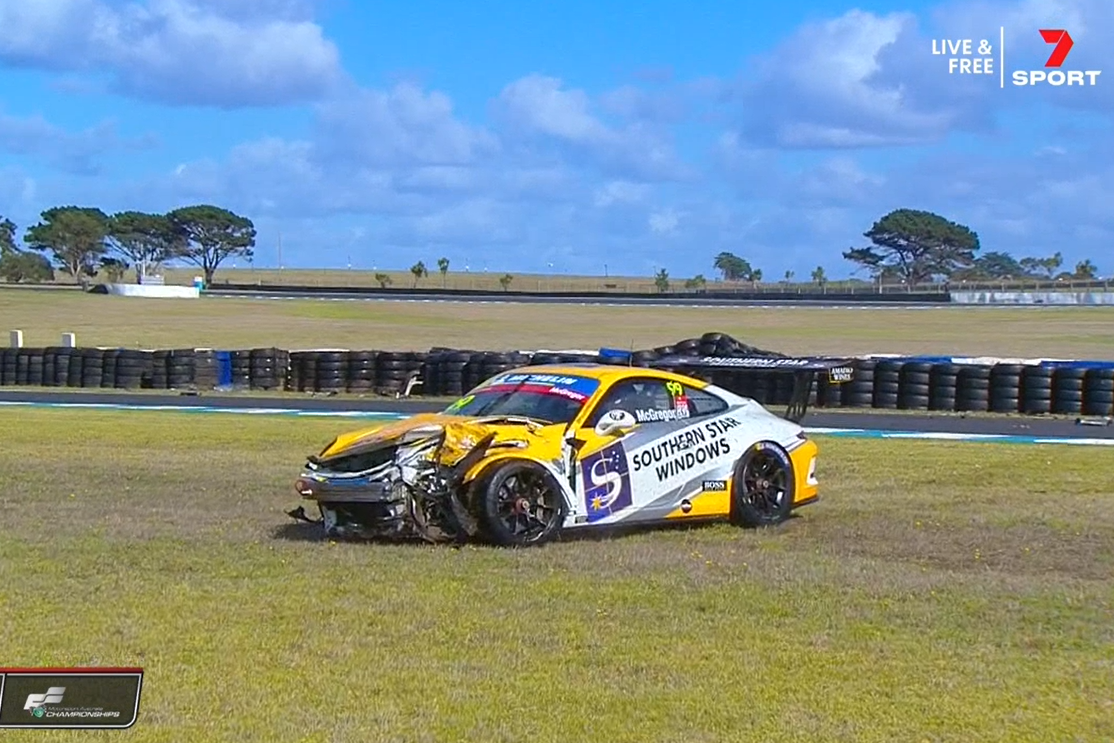