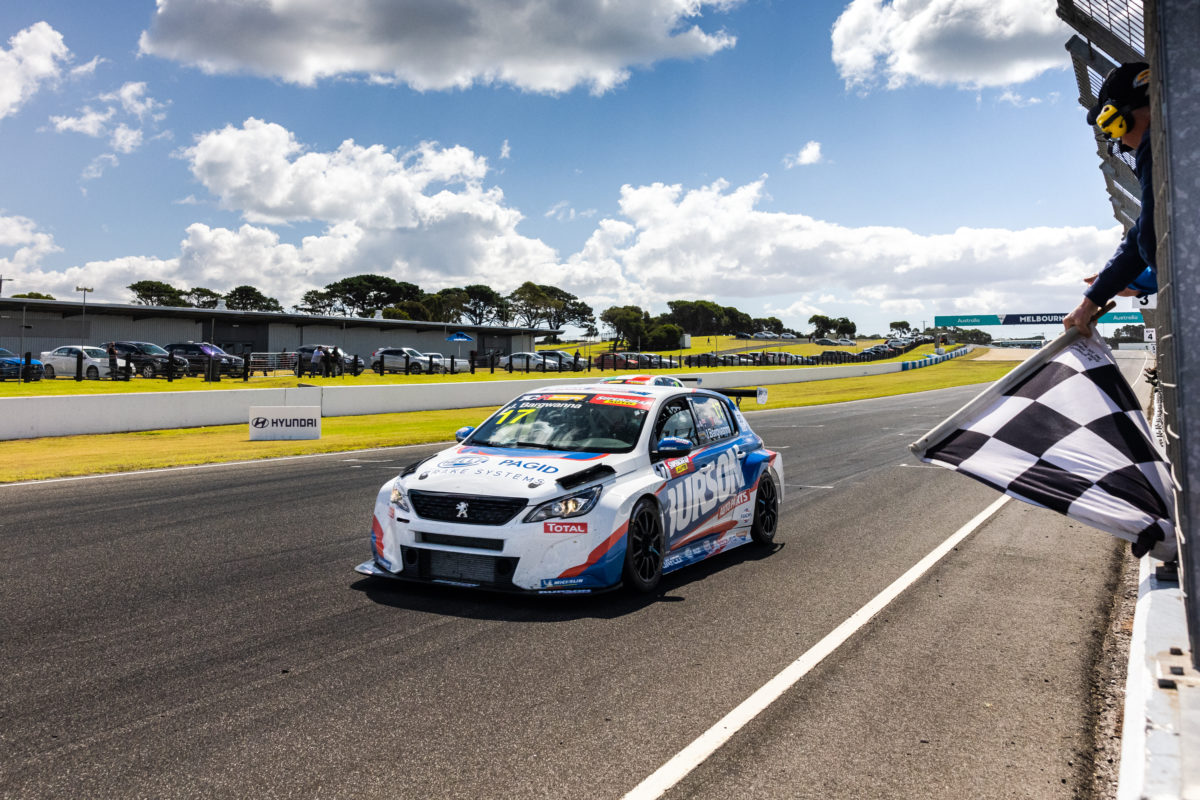 Bargwanna had already survived a hair-raising run through the grass when he inherited first position as the right-front failed on the #25 RS 3 on Gardner Straight, and went on to give Peugeot its first TCR Australia race win.

Tony D’Alberto took the chequered flag 1.8s behind in second place in a Honda, while Nathan Morcom rounded out the top three in his Hyundai.

Mostert got home in 18th and Lee Holdsworth (Alfa Romeo) in 19th, both off the lead lap after late-race trips to the pits, although the former still leads the series.

Luke King, who finished second in both of the first two races of the weekend, led the field away but that lasted only until he spun his Audi off at the second corner, Southern Loop.

Bargwanna went down the inside of the latter when they got to the Turn 4 Hairpin for the first time, then relieved D’Alberto of second spot at Lukey Heights on Lap 2.

Mostert continued to gap the field and was 2.3s to the good after seven laps, but that was when the tide started to turn.

Bargwanna had the margin but under one second soon after, and managed to keep it there despite a trip through the infield off Doohan Corner on Lap 9.

He was right behind his fellow Bathurst 1000 winner when Mostert’s tyre let go at the start of Lap 12, handing the #17 Peugeot a 1.3s race lead, with D’Alberto taking up second.

Morcom had been embroiled in an early battle over fifth position with Aaron Cameron (Peugeot) and Michael Clemente (Honda), and found himself fighting for fourth position with the latter in the final few laps.

The HMO driver got past Clemente at the Turn 4 Hairpin on Lap 12, then put the same move on Martin on Lap 14.

At the very front, Bargwanna grew his lead by a few tenths more to collect a first TCR victory with GRM after several with the squad in Supercars, including the Great Race of 2000.

D’Alberto, Morcom, Martin, and Clemente rounded out the top five, while Ben Bargwanna, son of the race winner, took sixth in another Peugeot.

Jordan Cox, who led the series after Round 1, did not take the start due to sump damage in his Alfa Romeo after a clash in Race 2.

Round 3 takes place at the Hi-Tec Oils Bathurst 6 Hour event on April 2-4.