Emotional win for Bargwanna after return to GRM

Emotional win for Bargwanna after return to GRM 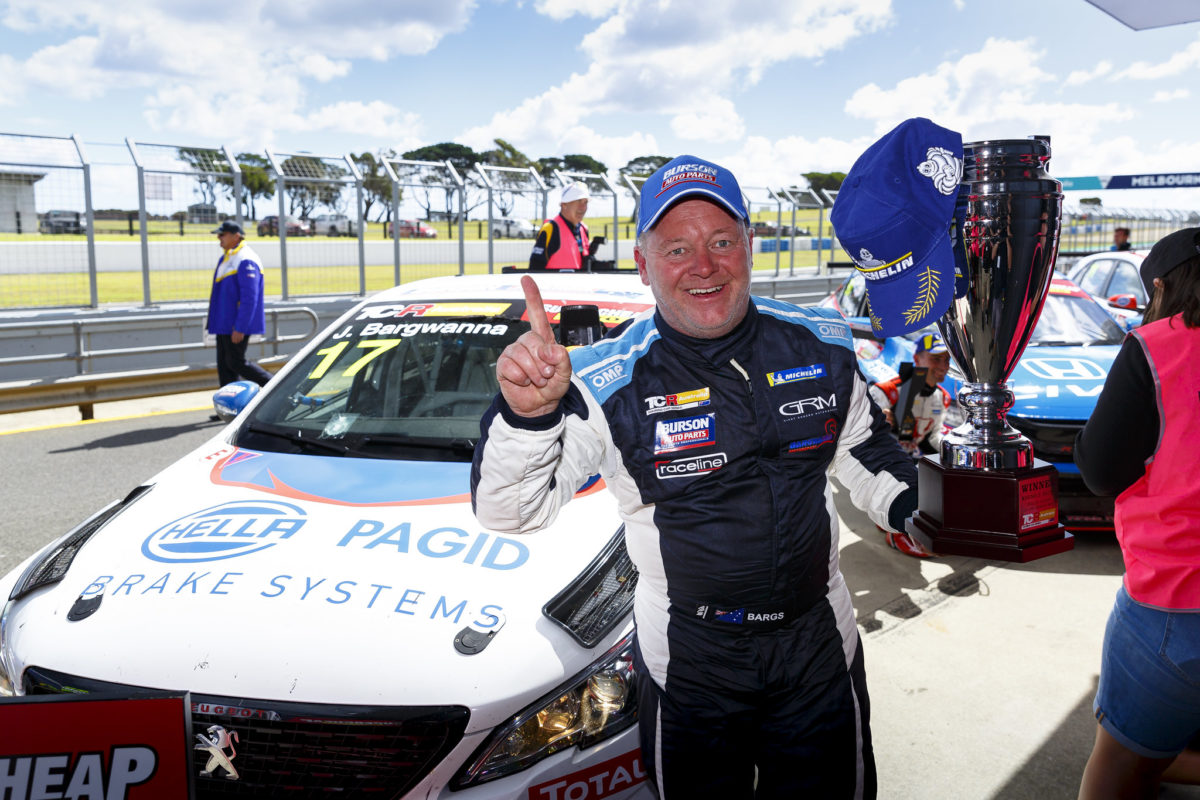 Jason Bargwanna has described his first race win in Supercheap Auto TCR Australia as an emotional occasion given his history with Garry Rogers Motorsport.

The man who won the 2000 Bathurst 1000 with GRM, and last raced a Supercar with the team in 2002, returned there last year to compete in TCR.

After ultimately sitting out 2020 due to the COVID-19 pandemic, this year’s opening round was a tough affair, Bargwanna involved in a major last-lap crash due to his Peugeot blowing up a brake rotor.

He only qualified 17th for Round 2 at Phillip Island but, with a progressive grid system, climbed to seventh in Race 1 and fifth in Race 2.

Come the weekend finale, the 48-year-old quickly moved to second and was applying pressure to Chaz Mostert when the latter’s Audi blew a tyre.

Jason went on to win by 1.8s while son Ben made it two Bargwannas in the top six, in another GRM Peugeot 308.

“To come back to GRM with Burson Auto Parts and obviously Ben as my team-mate, it’s pretty emotional sort of stuff,” said the older of the two, post-race.

“I’ve been doing this for a long time but to be able to come back and get one of these [trophy], it’s pretty special.

“The guys at GRM worked hard to fix this old girl after Tassie and to come back, and it was a bit of a jet in that last race.

“We were out of the window a bit in qualifying, we managed to work our way to it, and we were catching Chaz, which is always a good thing.” 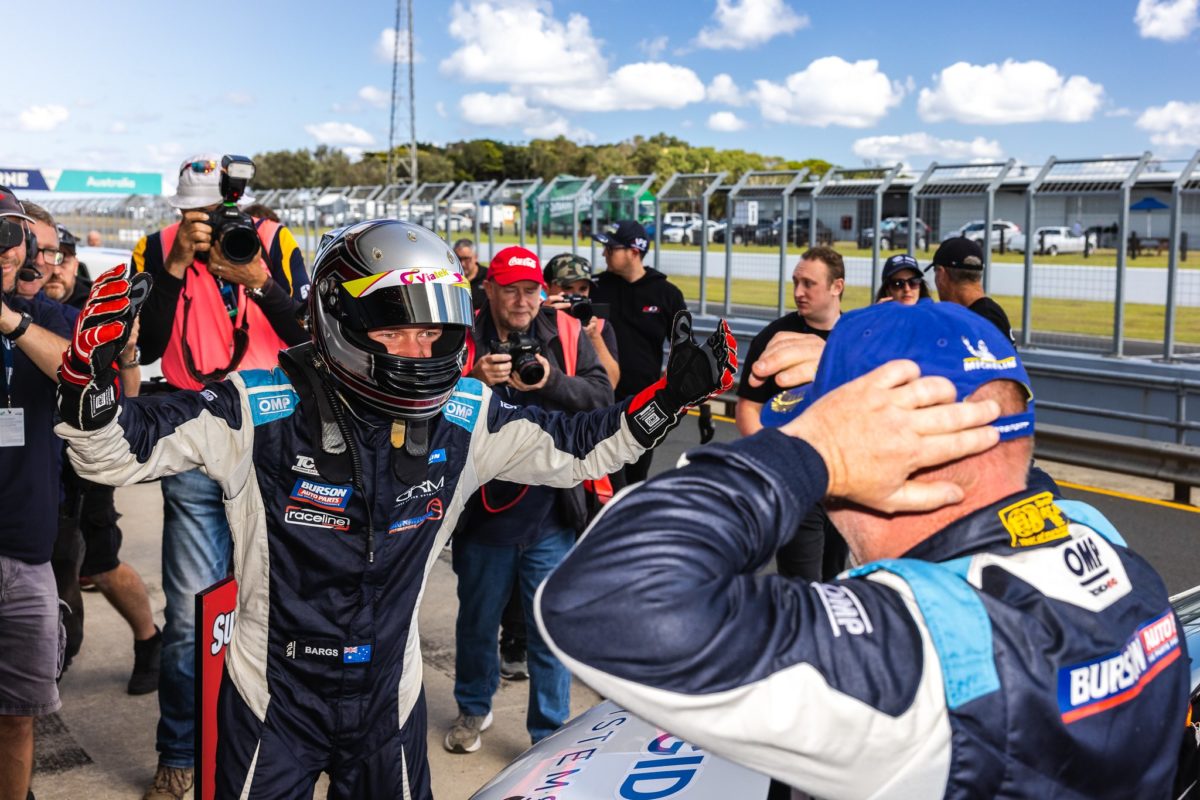 Bargwanna’s triumph was not without a scare of his own, the veteran running off at the end of Gardner Straight on Lap 9 and touring the infield, but that only produced a brief reprieve for Mostert.

“It was going really well then, I was catching Chaz, and then I got up behind him and [experienced] massive aero wash through Turn 1,” he recounted

Mostert still leads the series despite finishing a lap down in 18th in Race 3 of the weekend, while Jason Bargwanna is now ninth in the title race.

Round 3 of the Supercheap Auto TCR Australia Series takes the field to Mount Panorama as part of the Hi-Tec Oils Bathurst 6 Hour on April 2-4.