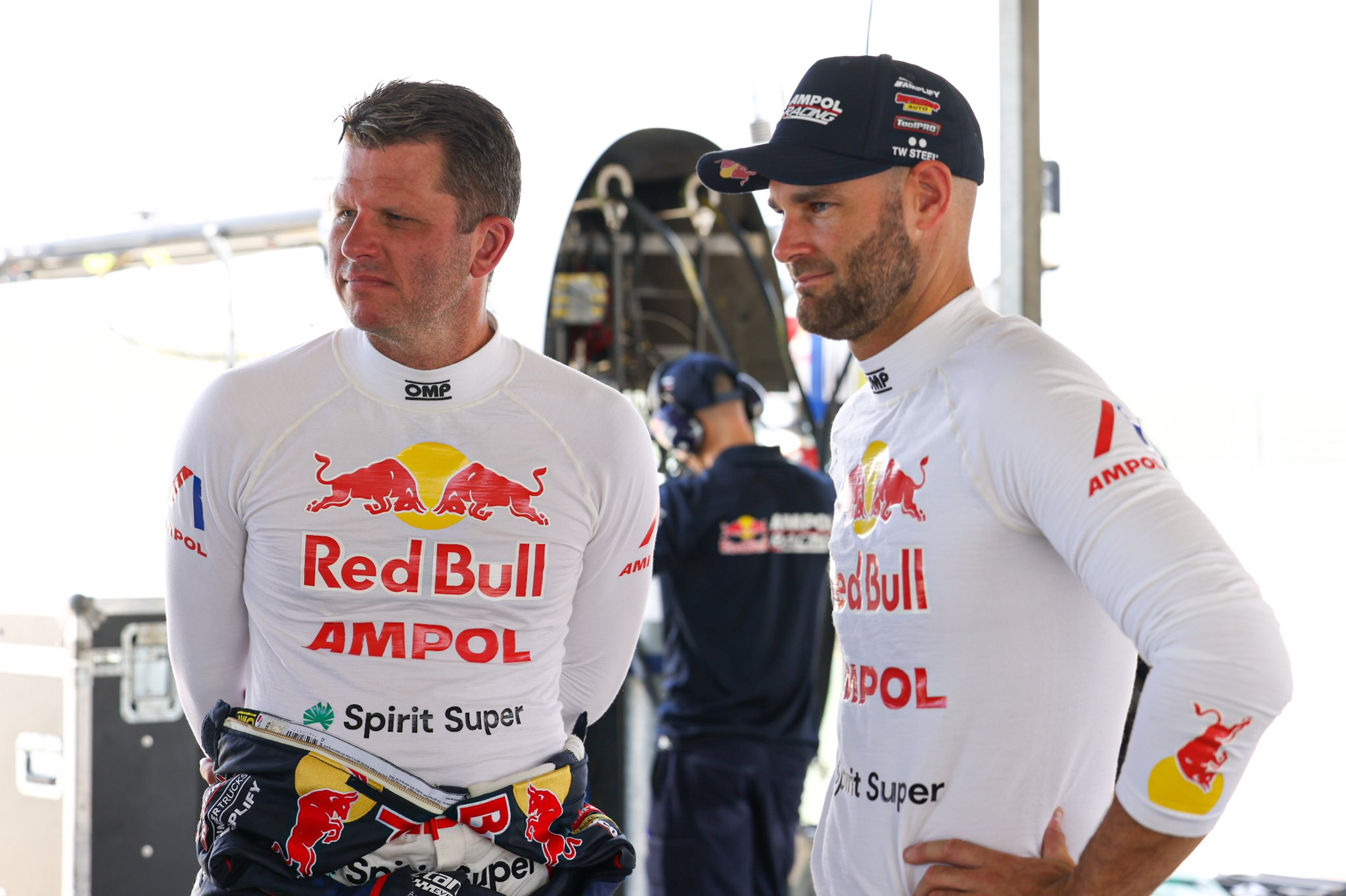 Garth Tander is in line for a Supercars cameo at the Sandown SuperSprint amid an injury cloud over Shane van Gisbergen.

Speedcafe.com understands Tander is Red Bull Ampol Racing’s first choice in the event that van Gisbergen is unfit to contest the two-day event.

The Repco Supercars Championship leader suffered a broken collarbone on March 6 and underwent surgery on the same day to install a metal plate.

The injury came just two weeks out from the second round of the Supercars season at Sandown International Motor Raceway.

Earlier this week a Triple Eight Race Engineering spokesperson told Speedcafe.com it had a “plan B” should the worst-case scenario occur.

That back-up is believed to be four-time Bathurst 1000 winner Garth Tander, who has partnered van Gisbergen in the last two endurance events at Mount Panorama, including their successful outing last October.

However, team boss Roland Dane said the team is still pressing on with plans to field van Gisbergen and will only consider its alternative options if it has to.

“He’s cracking on and we’re, at the moment, in no position to say yes or no whether he’ll race next weekend.

“It’s too early to make that call, so there’s basically no news, which is good news, so we’ll see.

Dane was non-committal when asked if Tander was the team’s preferred option.

“If we have to make a call on that, then we’ll make a call, but at the moment we’re flat out to get Shane ready,” said Dane.

Craig Lowndes could be another driver in the Triple Eight stable the team could consider, though he’ll have both television and racing commitments at Sandown, competing in Porsche Carrera Cup Australia for Wall Racing.

Earlier this year Tander was announced as a new member of Supercars’ presenting line-up, featuring as a pit lane reporter and Super2 Series race commentator.

“If the team required the services of Garth, we certainly wouldn’t stand in the way,” said Prendergast.

“We would do whatever we could to ensure that he was available.”

The Sandown SuperSprint is scheduled for March 20-21.

Just two practice sessions make up Saturday morning’s schedule before Qualifying and Race 3 of the season in the afternoon.