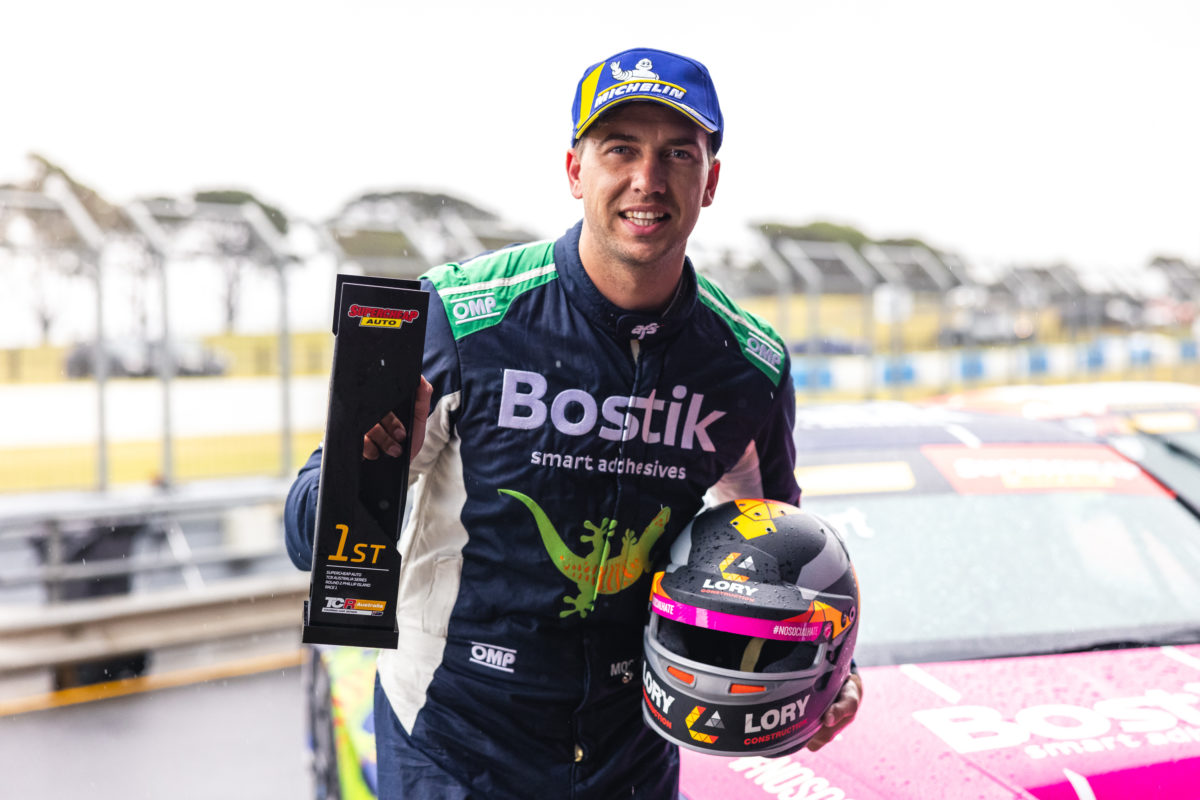 Mostert’s margin of victory was 32.2981s after the 14 laps which comprised the opening race of Round 2 of the season at the Shannons Motorsport Australia Championships event.

Luke King made for an Audi Sport Customer Racing Australia one-two while Lee Holdsworth was a not quite so distant third in his Ashley Seward Motorsport Alfa Romeo.

Mostert had put the #25 RS 3 on pole earlier in the day and he walked away well when the lights went out as rain fell at the Island.

King dropped to third from a front row start, behind Holdsworth, while John Martin took up fourth in the first of the Wall Racing Hondas.

While that quartet formed something of an early breakaway pack, neither Holdsworth, King, nor Martin were any match for the 2014 Bathurst 1000 winner.

Mostert was already around 10 seconds to the good when Holdsworth had a huge moment at Stoner Corner on Lap 6.

He just kept Car #10 on the road but King was then close enough to go down the inside at MG later that lap.

King ran second and Holdsworth third thereafter, over eight seconds separating them at the chequered flag, but the latter moves back into the series lead after winning Race 1 at Symmons Plains in January.

Martin was fourth from the opening corners until the very end of the encounter, which was cut a lap short due to time-certainty, while Tony D’Alberto rounded out the top five in another Wall-run Civic.

D’Alberto was the beneficiary of dramas for both of the HMO Customer Racing drivers in front of him, firstly when Nathan Morcom ceded fifth as his Hyundai slowed on Lap 5.

Josh Buchan had put a very brave move on D’Alberto not long prior, sticking to the outside of #50 through Doohan Corner and then making the pass under brakes at Southern Loop, but ran off at Stoner Corner a lap later.

Cox, the former series leader, wound up 13th after two dramas at the Turn 4 Hairpin.

CLICK HERE to watch the Supercheap Auto Highlights of Race 1