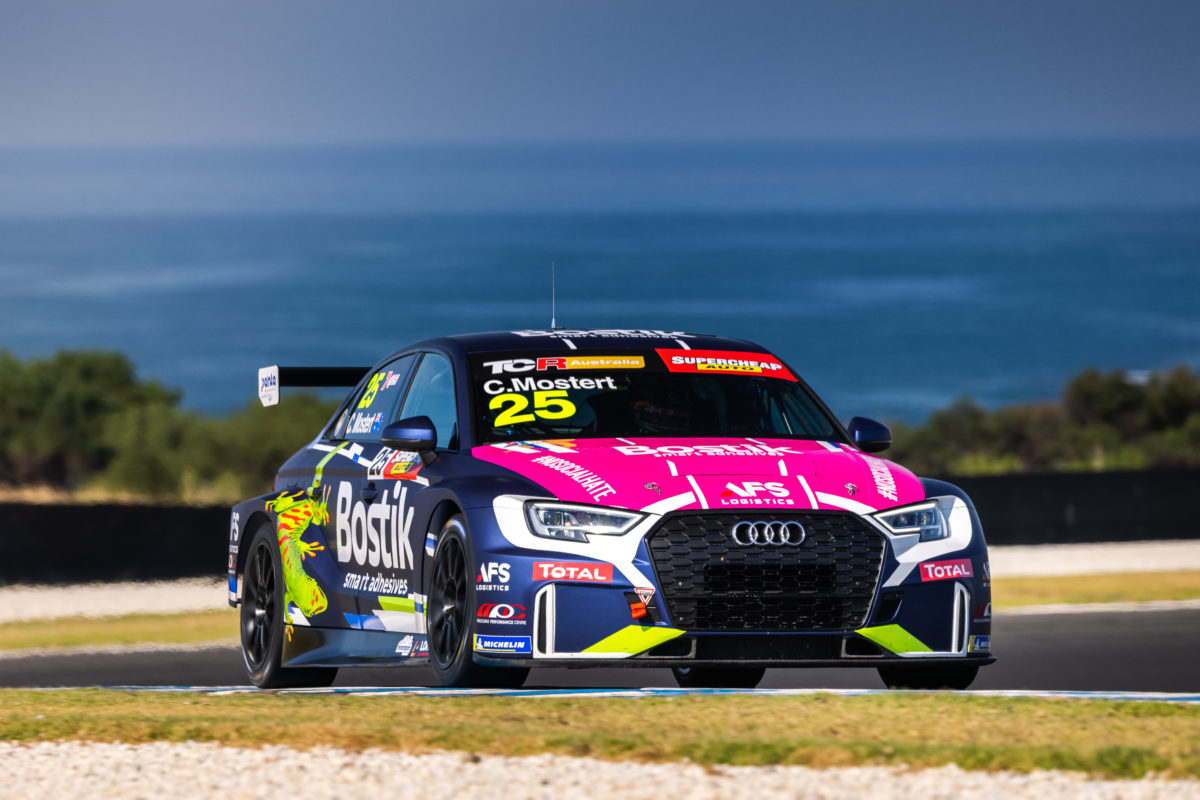 Chaz Mostert has put his Audi on pole position for the opening race of Round 2 of the Supercheap Auto TCR Australia Series at Phillip Island.

The Friday pace-setter clocked the fastest two laps of Qualifying 2, a 10-minute hit-out which set the top 10 grid positions, with Luke King next-best in another Audi.

Alfa Romeo drivers Lee Holdsworth and Michael Caruso will share Row 2 of the grid for the start of this afternoon’s 15-lapper, while Ben Bargwanna ended up fifth in a Peugeot.

In the meantime, King had set a 1:35.9501s which was good enough for second on the grid, while Holdsworth’s 36-flat left him third.

Caruso was a late mover, sitting 10th before he rolled out a 1:36.2468s, which included the fastest second sector, just before the chequered flag.

Dylan O’Keeffe (Renault) was first on the outside in the opening stanza of qualifying, having been bumped from the top 10 by King in the penultimate minute.