Jack Miller remains fastest overall at the conclusion of MotoGP pre-season testing after high winds effectively wiped out the final day of running in Qatar.

The Queenslander unofficially broke the Losail International Circuit’s All Time Lap Record when he rode his Ducati to a 1:53.183s on Day 1 of the second Official Test of 2021.

Only five riders set a lap time on Day 3, which included a red flag period with just over two hours remaining in order to clean the track of the sand which had been blown onto it. 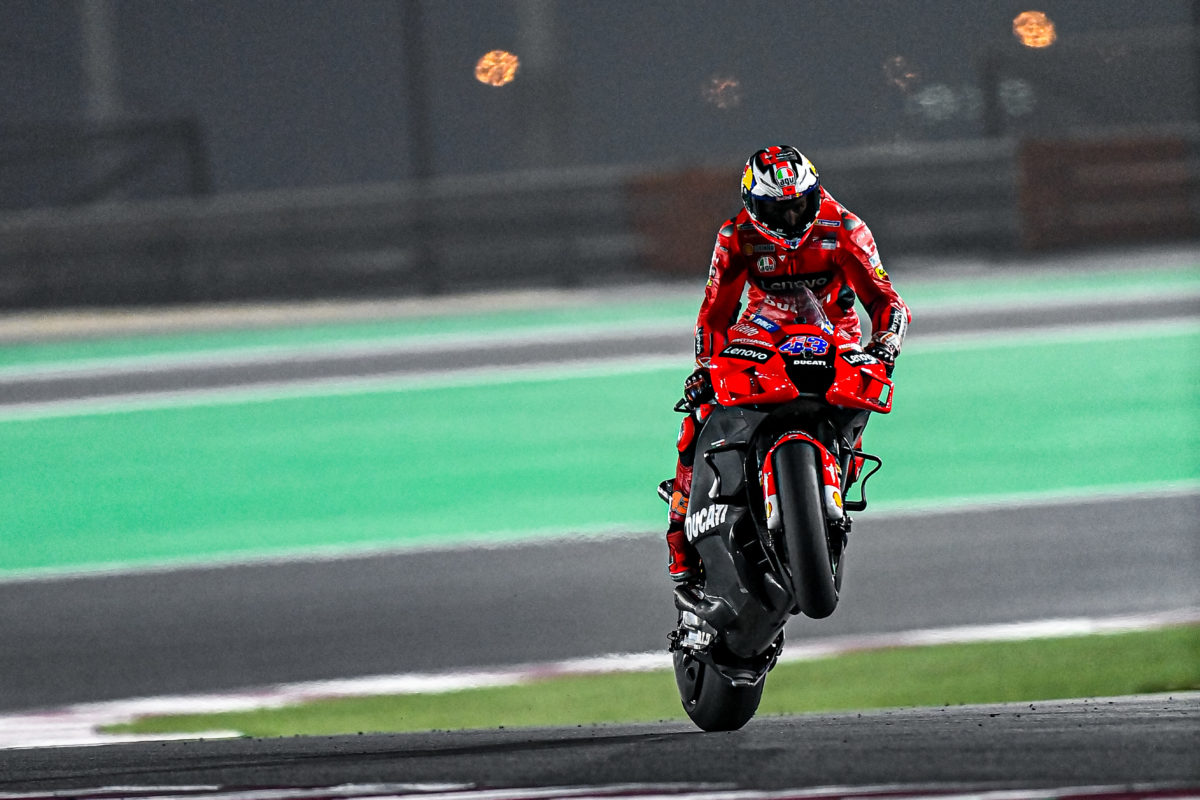 As such, it is two Ducati pilots sandwiching three from Yamaha in the combined top five for the test.

Moto2 and Moto3 have their Official Test at Losail on March 19-21, before all three classes are in action when the season proper kicks off with the Qatar Grand Prix on the following weekend.