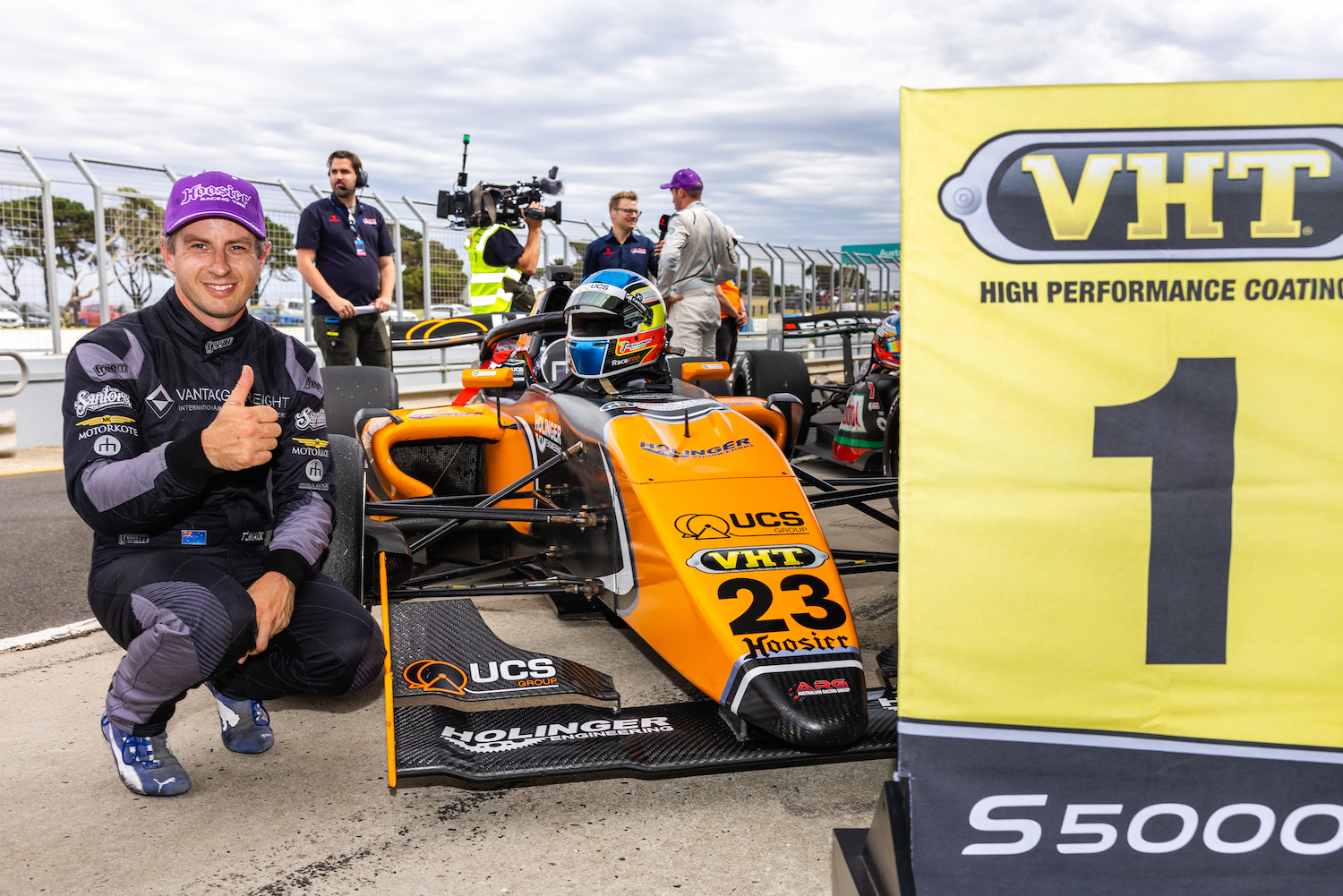 Macrow led all 14 laps of Race 1 having taken over the lead at the first corner from Team Valvoline GRM pole-sitter James Golding.

Golding went nowhere from the front row of the grid as Macrow charged by and set about creating a gap.

Nathan Herne and Thomas Randle followed through into second and third position respectively before the race was neutralised with an early Safety Car.

Braydan Willmington became stranded on the main straight and needed recovering having struggled to get going off the start.

When the Safety Car returned to the pits, Castrol Racing’s Randle swooped by Herne in the Team Valvoline GRM entry for second at Turn 1 and set off to chase down race leader Macrow.

However, he couldn’t close down on the UCS Group Racing driver, who clinched his second win of the season.

The top three were covered by less than a second as Randle kept in front of Herne to complete the podium.

Luis Leeds was sixth followed by Ricky Capo and Cooper Webster in eighth.

Antonio Astuti in ninth and Kaleb Ngatoa in 10th completed the finishing order.