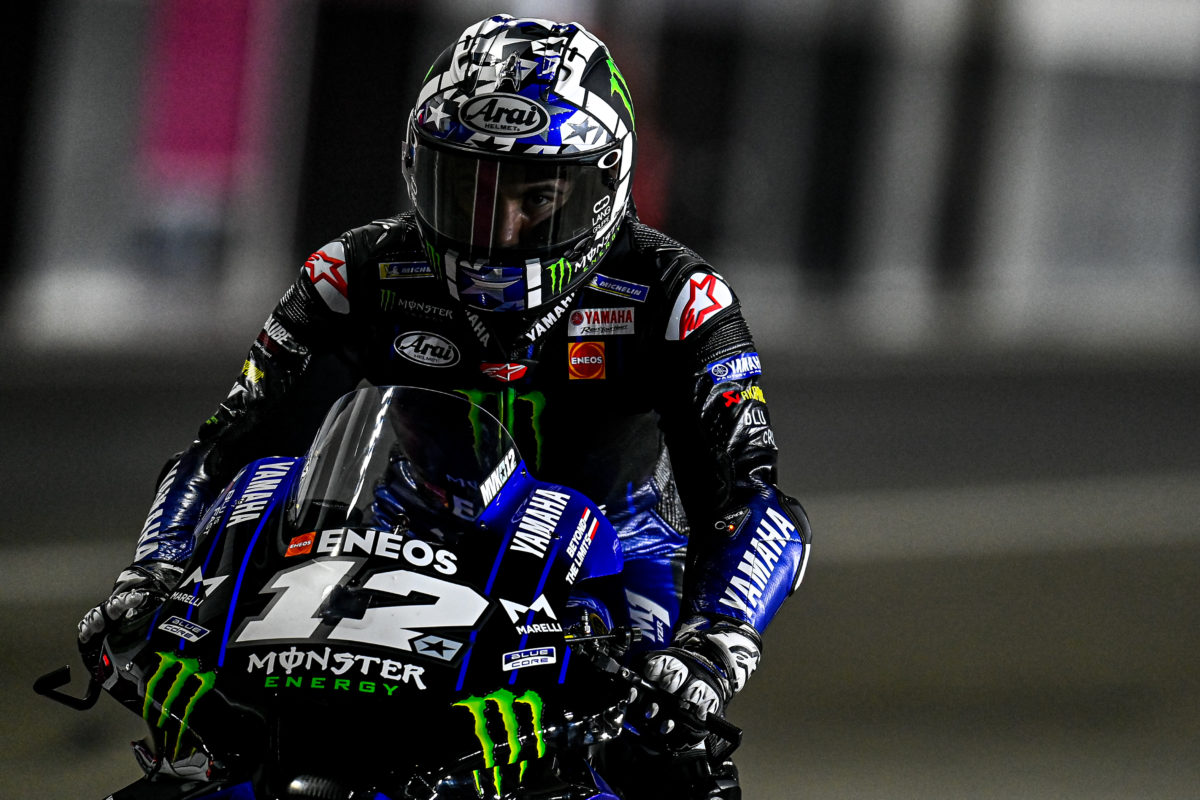 Maverick Viñales has led a Yamaha sweep of the top three on the second day of MotoGP’s second and final official pre-season test at Qatar.

Francesco Bagnaia ended up fourth while fellow Ducati Lenovo Team rider Jack Miller still holds the fastest lap on the combined timesheets despite being 11th-fastest on the day.

Bagnaia set his personal best, a 1:53.444s, with a little under two hours left, before completing a race simulation with Ducati’s new aero fairing.

That time was good enough to put the Italian on top, until Quartararo knocked him off inside the final half-hour.

Viñales, who had three M1s at his disposal, put in an even later flyer to usurp his new team-mate, while SRT’s Valentino Rossi finished eighth with his fastest lap of pre-season so far, a 1:53.993s.

Pramac Racing’s Johann Zarco rode his Ducati to ninth-fastest and an unofficial top speed record of 357.69km/h, while Pol Espargaro (Repsol Honda) rounded out the top 10.

Fresh off an unofficial lap record on the day prior, Miller was off the pace but had focused on race runs, one of which spanned 21 complete laps.

Stefan Bradl shook off neck soreness from a crash 24 hours earlier to notch up 45 laps, during which he tried out a new fairing for Honda, and put #6 into 13th on the timesheet.

The German did crash again, and Pol Espargaro had his first spill for Repsol Honda, but worse befell the man whom the latter replaced at the factory team, Alex Marquez.

The latter, 17th-quickest on the day, suffered a small metacarpal fracture in his right foot in a Turn 9 highside on his Castrol LCR Honda.

Others to crash were Aleix Espargaro, fellow Aprilia rider Lorenzo Savadori, Iker Lecuona (Tech3 KTM), and Jorge Martin, although they were all OK.

The latter was also top rookie in 14th position on his Pramac Ducati, while Red Bull KTM’s Brad Binder was best of the Austrian factory’s riders with a 1:54.691s which left him 16th.