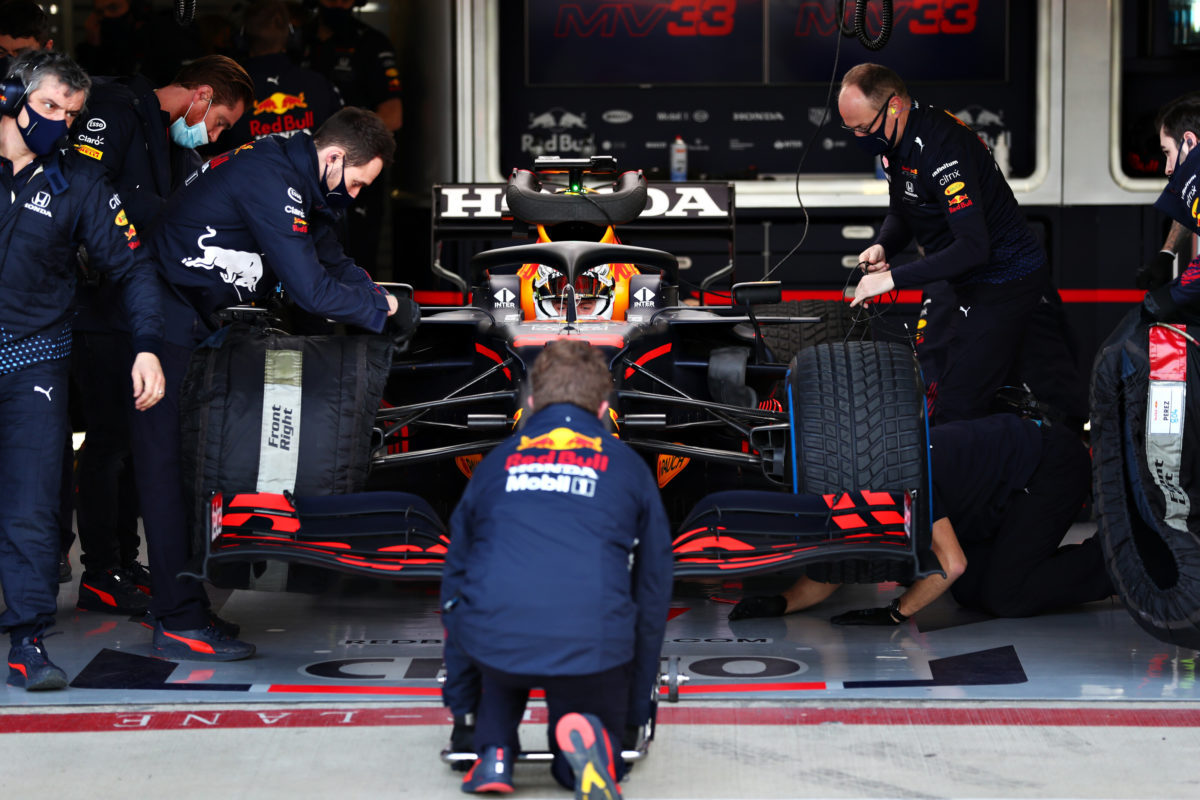 Teams will have just three days of running, starting tonight before the season kicks off in Bahrain on March 26-28.

The reduction has been driven by stable regulations necessitating teams carry the 2020 cars largely unchanged into the coming season.

With little change, there’s little need for extensive testing, and therefore the cost.

It means, in most instances, running will be limited to just a day and a half per driver.

“Yeah, it’s going to be short – one and a half days each for the drivers – but I like that,” Verstappen said.

“I thought six days was a lot, I mean, I love driving Formula 1 cars but there’s no competition to it.

Most teams have taken advantage of promotional days to shakedown their new cars, with Verstappen claiming he could already feel the differences in downforce on offer.

Testing is set to take place on the same circuit as the opening race of the season, the Bahrain International Circuit, in a fortnight.

Coupled with a fundamentally unchanged car, teams will therefore have strong contemporary knowledge of their machinery.

It will also allow greater focus to be placed on areas which are typically secondary to performance.

“I’m always excited for race weekends but first we have the three test days in Bahrain and so it’s going to be important to get a lot of miles on the car and get comfortable with it, so you can start the first race weekend as best prepared as you can be.”

Once underway, the 2021 calendar includes 23 races, the longest in F1 history; a 260-day season from opening practice in Bahrain to the chequered flag in Abu Dhabi in December.

“Twenty-three is a lot of races,” Verstappen admitted.

“Let’s see how it goes and let’s hope the calendar will be run as normal and not as compressed as last year.”

Formula 1 last year endured an interrupted season as a result of the pandemic, beginning with the postponement of events preseason and highlighted by the cancellation of the Australian Grand Prix just hours before opening practice.

This year’s calendar has already undergone one notable revision, with Melbourne’s event shifted from March to November, in the hope a more settled global environment will be more conducive to international travel later in the year.