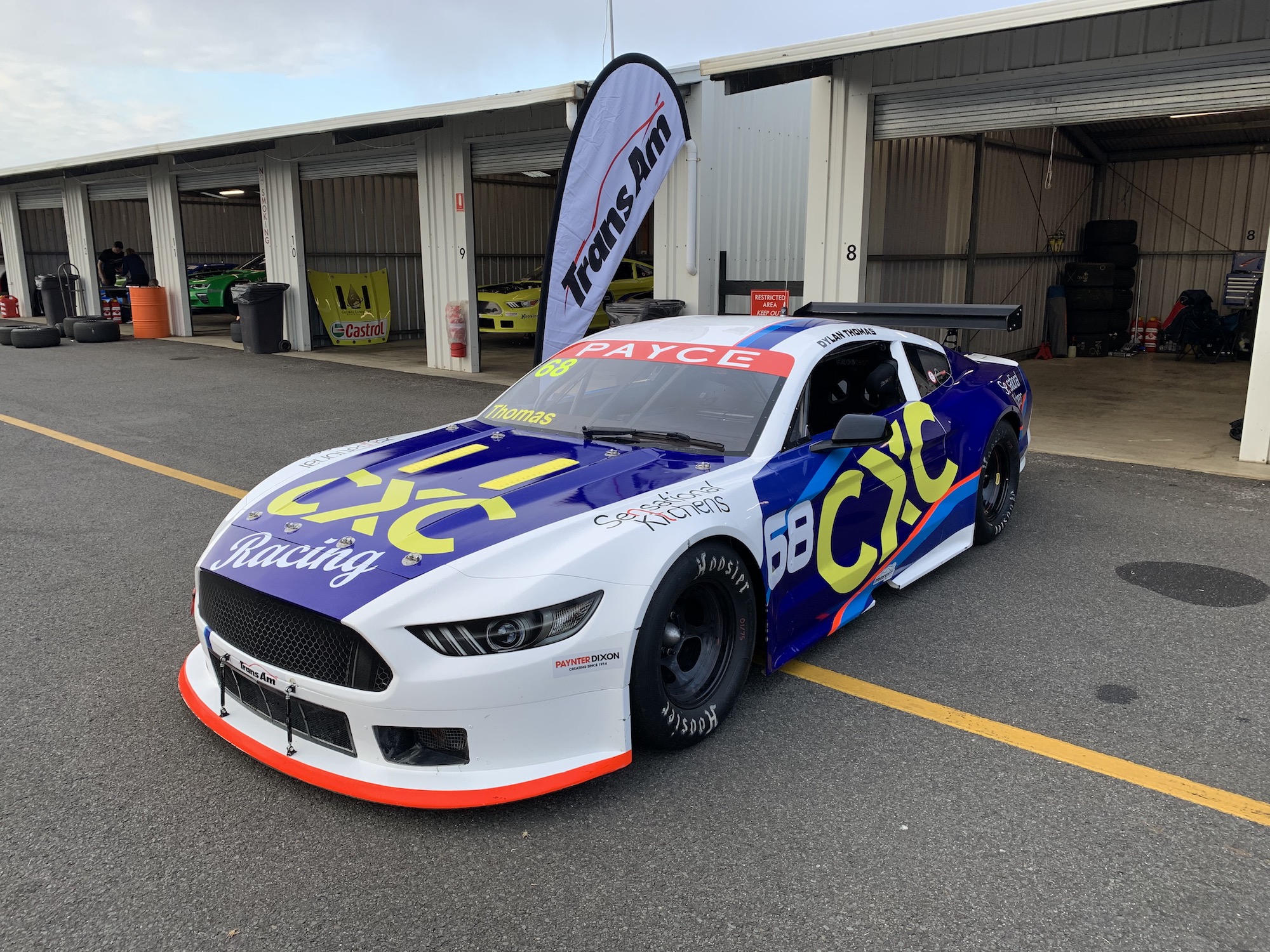 Dylan Thomas will debut in the National Trans Am Series at Phillip Island this weekend having made the step-up from the Toyota Gazoo Racing Australia 86 Series.

The Sydney-based driver, who owns and runs CXC Racing, has purchased an ex-George Miedecke Trans Am Ford Mustang in a late program to compete in the V8 series.

Aside from a test at Sydney Motorsport Park, this weekend’s Shannons Motorsport Australia Championships round will be Thomas’ first time behind the wheel of the car.

“We’re quite new to this category and we’re looking to learn a lot over the next few rounds,” Thomas told Speedcafe.com.

“I’m hoping we can pick it up fairly quickly and move toward the front of the field with (Aaron) Seton and (Tim) Brook and those sort of guys.

“We’re really glad to have award-winning kitchen company Sensational Kitchens onboard and CXC Global continue as the naming rights for our team, they’re both really passionate about motorsport.

“Very excited just to be a part of Trans Am and race these cool cars and hopefully we can have some fun and turn it into a solid year.”

Thomas joins a 24-car field for Phillip Island with Nathan Herne leading the series ahead of Round 2.

Trans Am will have two practice sessions on Friday followed by a 20-minute qualifying hitout.