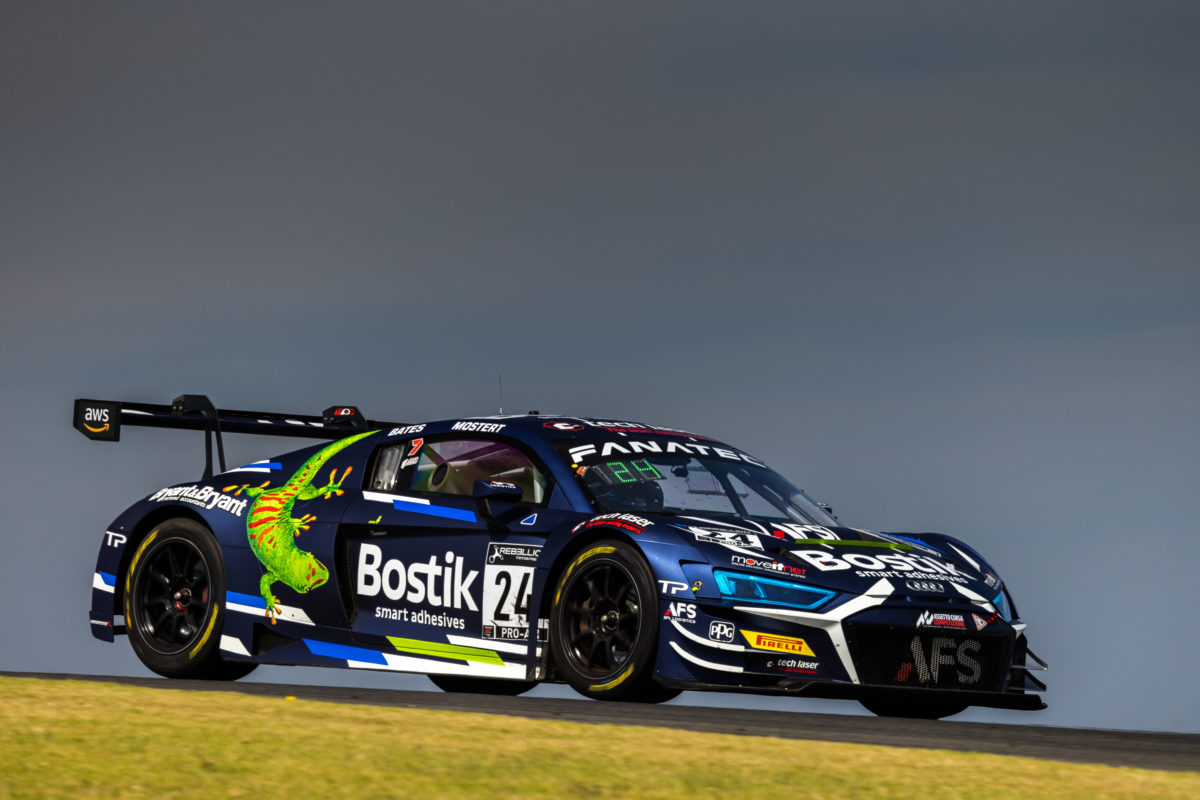 Mostert laid down a 1:28.1481s at the end of a relatively long, single run in the #24 R8 LMS GT3 Evo which he is sharing with Tony Bates, giving early bragging rights to Audi Sport Customer Racing Australia.

Whincup achieved a best of 1:28.3657s to take second in the Triple Eight Race Engineering Mercedes-AMG GT3 which Prince Jefri Ibrahim will also be behind the wheel of.

Another Triple Eight Supercars driver, Garth Tander, earned third for he and Yasser Shahin in the #777 Audi R8 LMS GT3 Evo, which is set to share the second row with the Grove Racing Porsche 911 GT3 R.

With the starting grid for Race 1 determined by the fastest laps for each car across two qualifying sessions, and the big guns all being in Qualifying 2, it was therefore the latter 20-minute hit-out which was the one to watch.

The latter all but matched his new benchmark on his fourth push lap, setting a 1:28.3033s as Tander also returned to the lane.

Mostert then rolled out the 1:28.1841s before he too chose to put the cue in the rack, while Whincup took a different approach.

The seven-time Supercars champion came back out for another single-lap push, which yielded a 1:28.3657s and second on the grid for Car #888.

Tander did not go again, leaving him third, while Brenton Grove was a little over 1.2s further back in the #4 Porsche he is driving along with father Stephen.

Trophy class entrant Brad Schumacher had topped Qualifying 1 with a 1:30.2314s and, as it turns out, that would have been good enough for a third row start anyway.

However, being a solo driver this weekend, Schumacher himself got another crack in Qualifying 2 and grabbed fifth on the grid rather than sixth by driving his #55 Audi R8 LMS Ultra to a 1:29.9545s.

Paul Stokell secured sixth on the grid for he and Gary Higgon in another Trophy class car, namely the #124 Audi R8 LMS, by clocking a 1:30.0163s in the latter stanza of qualifying.

The first, hour-long race of the weekend starts tomorrow at 12:20 local time/AEDT, as part of Round 1 of the Shannons Motorsport Australia Championships.